The battle for Snake Island is perhaps the most unknown of the many that are taking place in Ukraine. 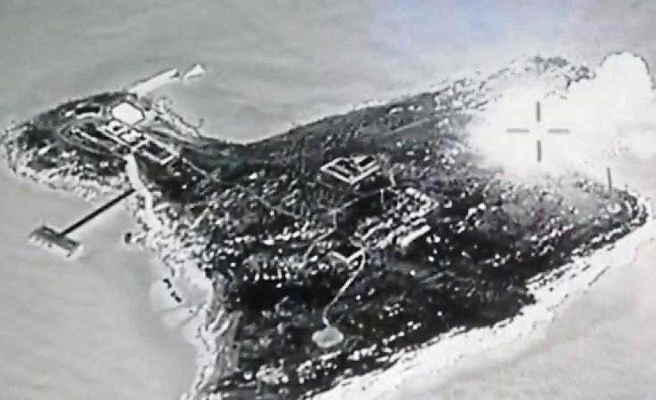 The battle for Snake Island is perhaps the most unknown of the many that are taking place in Ukraine. This has been the case for days until yesterday the British Ministry of Defense warned that if Russia "consolidates its position with [elements of] strategic air defense and coastal defense with cruise missiles, it could dominate the northwestern sector of the Black Sea". That would include southern Ukraine, Ukrainian and British military experts consulted by the BBC added.

Snake Island is nothing more than a flat islet of 0.17 square kilometers (barely larger than Perejil, off the Moroccan coast), where there are no more reptiles left to make it worthy of its name and only inhabited for many years by a boring military garrison. However, it is located 120 kilometers south of the port of Odessa and opposite the mouth of the Danube, which makes it highly strategic.

On February 25, the day after the invasion of Ukraine, the islet was seized by the Black Sea Fleet, led by the cruiser Moskva (sunk weeks later). Then the response that the Ukrainian troops supposedly gave to the Russian ship became famous – “Fuck you!” – although some believe it was pure propaganda fake news. In fact, the soldiers surrendered and were shown on Russian television being landed in Crimea.

Whether there were 13 or 50 soldiers, whether the contingent was reinforced or not, the Ukrainian admiralty had indicated at least six months before the possibility of a Russian landing on the island.

Probably the current battle has gone unnoticed because the Ukrainians are not doing well, which would be endorsed by the aforementioned warnings. Since May 6, they have launched combined attacks – including Sukhoi 27 fighters – apparently with the intention of retaking the island by May 9, thus spoiling the Victory Day parade in Moscow. The Russian report of Ukrainian losses spoke of 50 soldiers in a landing attempt, 10 helicopters, 4 planes, 30 drones... Independent observers have been more moderate, noting 27 dead and 2 helicopters. The Russians reportedly lost anti-aircraft systems and a landing ship.

The Snake Island was, after the fall of the USSR, the object of dispute for years between Romania and Ukraine, as it was located next to the border line marked by the Danube. In 2009 the International Court of Justice ruled in favor of Ukraine. This litigation coincided with another on the Bistroye canal project in an arm of the Danube, with which Ukraine intended to avoid the use – for deep-draft ships – of the Romanian Sulina canal, both infrastructures, by the way, having a serious impact on the Danube Delta Biosphere Reserve.

Today, however, Ukraine depends on Romanian canals and ports in the face of the Russian blockade of the Black Sea. And there are those who say that if Snake Island had been granted to Romania, a NATO member country, today the situation would be very different.

1 The Solomon Islands, the last point of friction between... 2 Pressure on China due to covid 3 The US Senate stages the Republican refusal to protect... 4 The US recognizes for the first time that hundreds... 5 The last of Azovstal: surviving in the tunnels of... 6 7 France withdraws the use of masks on public transport 8 The severe confinement in Shanghai exasperates its... 9 Trump asked if China was manufacturing hurricanes... 10 Abortion in El Salvador: a crime instead of a right 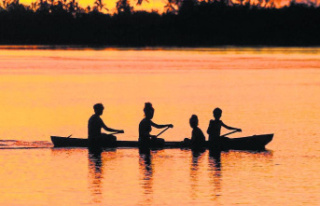 The Solomon Islands, the last point of friction between...