Weekend 'a la madrileña': From the floor of the traditional bar to the sky of the design markets

Although May 40 is far away, this weekend he goes out in Madrid without a tunic. 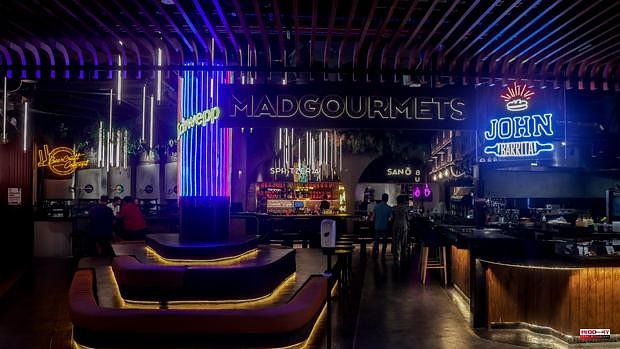 Although May 40 is far away, this weekend he goes out in Madrid without a tunic. The heat is pressing and despite the fact that the terraces seem to be the new quintessence of institutional 'Madrileñismo', there are still those who prefer the magic of the bar, of heeling looking for support and then dropping their elbow on the bar with the grace of tradition . That 90-degree angle formed by the patron's arm is the epitome of true freedom: terrace lovers are prisoners (at least for a while) of their conquered chair. They don't dare to look for another bar for fear of not finding a table again. And in the peace of going through the afternoon from bar to bar, Madrid has its own particular oasis in the markets.

A decade ago the markets changed their traditional stalls to satisfy the appetites of weekend tourists, those who had not set foot in a grocery store since they went with their grandmother pushing the cart. The residents of the center are left without sidewalks or places to buy food that is not packaged so that Saturday visitors can enjoy. But crying over gentrification is already a losing war. So let's get carried away by the current that fills the streets until we land at the first stop this weekend.

Going up from the renovated Plaza de España along Calle del Pez still allows us to discover places with some unimposed personality. El Palentino died, the Farmacia de Guardia was closed and the Corredera corner was closed. Three hundred of them were born from them, with the same menu and the same 'fake vintage' furniture. Fleeing from them, the ADC remains in Pez (which used to live on those who did not enter El Palentino and now has its regulars), the Pontepez (which was one of the first to renovate a street that at that time was not the most recommended) and further up, past the Plaza de San Ildefonso to Espiritu Santo, is the Almudayna, another essential bar with a Galician accent to drink, snack and enjoy.

Night will fall and, between cover and cover, maybe you want something more forceful. At Casa Baranda or Bodega de la Ardosa (Colón, 13) you can snack on something traditional if tourists allow it (there is usually a queue). Something more modest (and modern) but also interesting is the pastrami sandwich at Craft 19 (next to Almudayna). And, to round off the night in the form of dessert, a "yayos" at Casa Camacho, the 'malasañero' anti-cocktail at a traditional bar, one of those in which the spirit of the floor full of sawdust, napkins and olive pits. The hallmark of what Malasaña was not too many years ago (and we don't know if we really want it to come back). With the mixture of vermouth and gin of the 'yayos' in the body, and without traces of heat in the street, the night will continue for each one according to the desire.

From the floor of the most traditional bars in the center to the heaven of Madrid's haute cuisine in a bar format. The Food Hall of Galería Canalejas is ideal for a Saturday treat. The space has become an obligatory step for those who have already outgrown the popular markets (Vallehermoso, Chamberí...), who don't even consider the most rogue (San Fernando) or who are fed up with the most touristy (San Miguel, San Antón...). Although tourists also abound in Canalejas, the number is smaller. You can try a bit of everything (at the bars) or choose to focus on just one stall. There are proposals such as Le petit dimsum (Asian, with a variety of gyozas and, of course, dimsums), Salvaje, with an interesting mix of 'Japanese' with Mexican, or 19.86 by Ruben Arnanz (recommended by Adrián Delgado). And if nothing calls you, bet on the oysters with champagne at the Sorlut bar, which never fails.

If there were tickets on sale, Saturday afternoon would be completed by seeing Bárbara Lennie with Javier Cámara in 'Los farsantes', at the Centro Dramático Nacional. But dear reader, at this point this is already fiction, so let's keep the title of the play with another recommendation that no regular Canalejas would comply with. A trip to the Goya area but not to enjoy the area, but to enter the Wizink (tickets through) to a 'festival revival' of punk that will fill some disoriented thirtysomething with nostalgia and the desire to jump to the few late-teenagers who don't dance to the tune of Chanel. Millencolin, Pulley and Blowfuse open for veterans Bad Religion, celebrating a 40-year career selling records (and T-shirts).

Sundays that not long ago were for sleeping off hangovers are now more active. Age stuff. But, in order not to lose the rhythm of the weekend, you can combine a walk through the mountains of Madrid (which is always a resource to withstand the heat of the capital) with something more lively.

For some time now, in the month of May, the towns of the mountains have offered Saturdays and Sundays the plans that used to host the most central squares when there was not only space for the terraces of the bars. Now you have to take the car to enjoy the 'Vermouth Sessions', an excuse to see small but interesting groups for free and spend the day in the countryside.

1 Ramón Freixá recommends his favorite shops and restaurants... 2 A flea market, museums, night parties and a unique... 3 Two people specialized in robberies in commercial... 4 The Music Station, the next stop for pop stars 5 Madrid teachers will decide, by majority, how many... 6 The Community of Madrid will offer 10,000 more public... 7 "See you at the stadium" for the LBJEQ's... 8 Montmeló without seats and the memory of Fernando... 9 Turkey maintains its veto on the entry of Sweden and... 10 Opposition to Maduro condemns Biden's new concessions 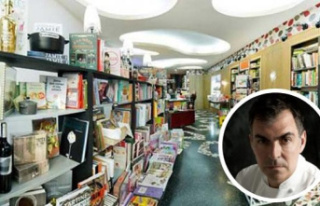