Montmeló without seats and the memory of Fernando Alonso's last victory

Perhaps because of the expectation generated by the slogan, a 'Plan' that has faded with the weekends, perhaps because the public trusts a flash of genius from Fernando Alonso or because Carlos' first victory is on the horizon Sainz with a Ferrari that flies, the old enthusiasm for Formula 1 in Spain is renewed these days in Montmeló. 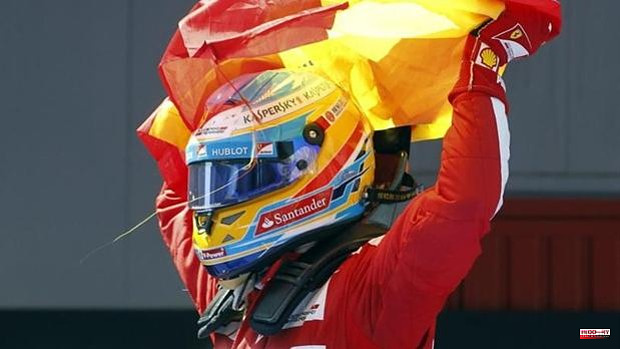 Perhaps because of the expectation generated by the slogan, a 'Plan' that has faded with the weekends, perhaps because the public trusts a flash of genius from Fernando Alonso or because Carlos' first victory is on the horizon Sainz with a Ferrari that flies, the old enthusiasm for Formula 1 in Spain is renewed these days in Montmeló. “There is a lot of expectation. All tickets have been sold out since March," says a spokesman for the Barcelona circuit. Nobody in Spanish motorsports wants the saying to translate into reality, 'the eve of a lot, days of nothing', quite the opposite.

Nine years and seven days have passed and the emptiness seems even longer.

The last triumph of a Spaniard in Formula 1 is on the way for a decade. The protagonist cannot be other than Alonso, to date the only driver in our country who has achieved victories. There are 32 in his glittering track record, although the desert that has opened up behind him is enormous.

It happened on May 12, 2013. Alonso was then competing for Ferrari, his fourth season in the red universe, people still latent and hopeful with his third title despite the fact that Vettel swept that time with his supersonic Red Bull.

The Spaniard started fifth in Montmeló, such was his custom in that position during his time at Ferrari. He overtook Raikkonen (Lotus) and Hamilton (Mercedes) and fell short of Rosberg (Mercedes) and Vettel (Red Bull). Due to Rosberg's dizziness and an accurate Ferrari strategy in the pit stops, the Spaniard also overtook Vettel and generated that outburst of ardor from the fans who filled Montmeló. Alonso's 32nd triumph in F1. And until today.

It was in those years the Alonso who dragged masses and went up to the parish in his car, gathered the staff at the time of the aperitif in front of the television and caused a change of customs in Spanish sport until he achieved audiences that only football reached (nine million of viewers on a private network at the last race of the 2007 World Cup in Brazil).

Behind Alonso came other Spaniards, Jaime Alguersuari (Toro Rosso), Roberto Merhi (Manor) and the last one is the one that has caught on, Carlos Sainz (Toro Rosso, Renault, McLaren and now Ferrari).

Sainz has an orderly and stair-step that should lead him to his first victory in Formula 1. There are nine podiums (two with McLaren and seven with Ferrari, three of them this season). A superior reason to increase the illusion of the attendees. "Seeing the stands full is going to be a very special feeling," says Carlos Sainz.

In the Montmeló offices they calculate more than 100,000 people in the stands. «The capacity had to be increased and the tickets were also finished. Now there are some locations with reduced visibility with a discount.

1 Turkey maintains its veto on the entry of Sweden and... 2 Opposition to Maduro condemns Biden's new concessions 3 Austria resists as an anti-NATO stronghold in the... 4 Buffalo racist killing spree: Bills and NFL donate... 5 Study: ibuprofen may make back pain worse 6 A thousand Ukrainian soldiers still in Azovstal 7 The judicial collapse due to floor clauses will not... 8 Still no news from the jury at the Girouard trial 9 Alberta premier resigns 10 The Remparts in confidence 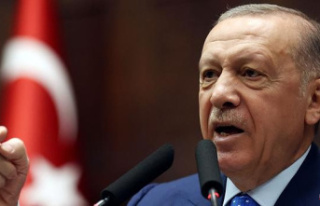 Turkey maintains its veto on the entry of Sweden and...