The Civil Guard of Las Rozas has arrested two people who were stealing from commercial establishments in broad daylight and taking advantage of the workers' absences. 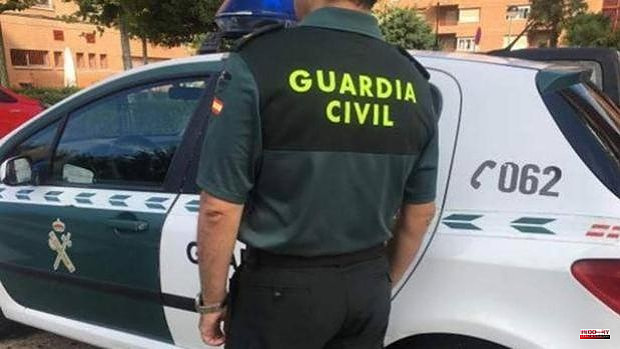 The Civil Guard of Las Rozas has arrested two people who were stealing from commercial establishments in broad daylight and taking advantage of the workers' absences. In this way, and for months, their pockets were filled with cash, computers and electronic devices that they later sold. Both are attributed at least six hits in different areas of the Community of Madrid and are charged with robbery with force. In addition, a third person is being investigated for a crime of reception, for allegedly having helped the detainees to hide the loot.

According to investigative sources consulted by ABC, the two detainees, of Moroccan origin, were specialized in stealing from commercial establishments.

They had perfectly differentiated roles. The mission was to know the area, select possible targets and monitor them. They were distributed to know the hours of the stores, the breaks of their workers and their absences. On the day of the robbery, one of them remained outside doing surveillance work, while the other forced the locks using the "slip" technique - which consists of using a credit card or an x-ray to open a door without the need for force it - or he would break bowler hats or the glass of the doors and windows. Once inside, in a few minutes, they ransacked the premises.

The investigations began in the middle of last January after detecting an increase in robberies with force in establishments in the center of Las Rozas, Madrid. The robberies also extended to San Martín de la Vega and other areas of the region. The suspicion that they would act again precipitated the arrest of those under investigation.

The security cameras around the premises were reviewed. Thus, the Civil Guard agents managed to identify the vehicle that the thieves used to travel to the robberies. That track led them to the Cañada Real where the agents located and arrested the alleged perpetrators. From the search of his home, the agents were able to recover some of the stolen objects, computers or electronic devices that those under investigation had prepared to sell to third parties. They have already been returned to their owners. In addition, the Civil Guard requisitioned the vehicle they used to move in their hits.

None of the detainees wanted to give a statement at police stations according to the sources consulted by ABC. The court of first instance and instruction number 4 of Majadahonda has already assumed the investigation of the case.

1 The Music Station, the next stop for pop stars 2 Madrid teachers will decide, by majority, how many... 3 The Community of Madrid will offer 10,000 more public... 4 "See you at the stadium" for the LBJEQ's... 5 Montmeló without seats and the memory of Fernando... 6 Turkey maintains its veto on the entry of Sweden and... 7 Opposition to Maduro condemns Biden's new concessions 8 Austria resists as an anti-NATO stronghold in the... 9 Buffalo racist killing spree: Bills and NFL donate... 10 Study: ibuprofen may make back pain worse 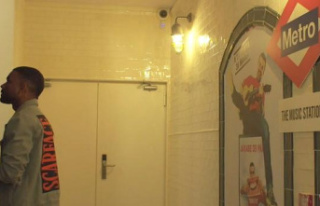