The war in Ukraine today lives its 113th day. 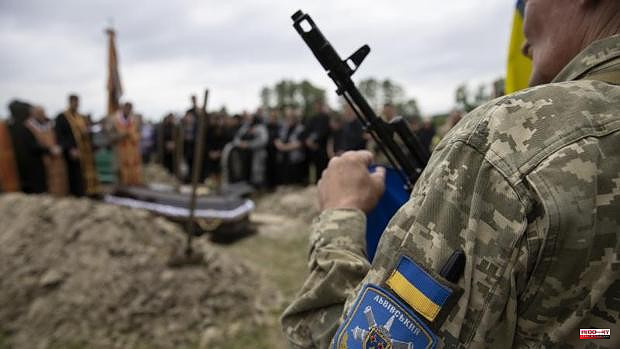 The war in Ukraine today lives its 113th day. The bloodiest fighting is taking place in the Donbass region. Russian forces are slowly advancing to the east and southeast and gaining ground, practicing a scorched-earth policy. They have been focused on Severodonetsk for several weeks, where there is street-to-street fighting and hundreds of civilians trapped in the Azot chemical plant. kyiv yesterday did not accept the ultimatum given by the Kremlin to the defenders of the facilities that they surrender and that the rest of the refugees leave through humanitarian corridors.

Today the visit of the presidents of Germany, France and Italy, the first since the beginning of the conflict to kyiv, where they will meet with Volodímir Zelenski, capture all eyes. He is expected to offer financial aid and arms and the Ukrainian leader is expected to ask for explicit support for his country to join the EU.

- Ukraine registers between 200 and 500 daily casualties in its defense of Donbass, according to Axios. It, quoting a high-ranking Ukrainian commander, claims up to 1,000 Ukrainian soldiers are killed or wounded every day in the Donbass region of eastern Ukraine, with an average of 200 to 500 killed.

- Scholz, Macron and Draghi have traveled to kyiv to talk about the future of Ukraine and stage European unity. This is the first visit of the three leaders who have had certain controversies with the Ukrainian president over his relations with Moscow. This, who asked that they not come empty-handed, in addition to military aid, awaits a response to his country's request for accession to the European Union. It is a late trip in which the three politicians try to recover the pulse of the war. They traveled on separate trains and came together to take the photo that has been released.

- Russia warns that gas flows to Europe via the Nord Stream 1 pipeline could be cut off, blaming problems with turbine repairs. And all this, coinciding with the visit of the three European leaders to Ukraine. Russia's ambassador to the EU, Vladimir Chizhov, told the state-run Ria news agency that a complete stoppage of gas flows in the pipeline, which supplies gas from Russia to Europe under the Baltic Sea, would be a "catastrophe" for Russia. Germany.

- The head of the Russian negotiating team, Vladimir Medinski, has affirmed that Moscow is ready to resume dialogue with Ukraine and has accused kyiv of not having responded to his latest proposal and of blocking the talks.

- The UN High Commissioner for Human Rights, Michelle Bachelet, has expressed concern about reports of Ukrainian children being "forcibly deported" from Ukraine and taken to Russia for later adoption. The international organization is investigating the facts.

- Russia accuses the Western powers of having their hands stained with the blood of the inhabitants of Donbass. This was stated by Russia's representative to the United Nations, Vasili Nebenzia, in eastern Ukraine, referring to arms shipments to the neighboring country. "Material evidence shows that civilians in Donetsk were killed as a result of the use of artillery ammunition provided to kyiv by NATO countries, including the United States, Canada, the Netherlands, or France."

- The UN warns about the depletion of essential supplies in the Azot chemical. There are women, children and elderly refugees, with a dwindling supply of food, clean water, sanitation and electricity. An urgent situation is developing in the bunkers below the Azot chemical plant in the city, a spokesman for the UN humanitarian affairs office, Saviano Abreu, told the BBC.

- Russian citizenship for all babies born in Jerson as of February 24th. According to journalist Kevin Rothrock, all babies born in the occupied Jershon region after Moscow's invasion, as well as all orphans now residing in the area, automatically acquire Russian citizenship, says Kirill Stremousov, deputy head of the Military Administration- Russian-backed Jershon Civil

1 Tension increases in Argentina due to the arrival... 2 France, Germany, Italy and Romania support the "immediate"... 3 Macron arrives in kyiv to remember France's place... 4 It cost $4.4 billion, was described as the world's... 5 Macron, Scholz and Draghi arrive in kyiv on their... 6 The rich flee Russia: more than 15,000 millionaires... 7 The two suspects confess to the murder of the British... 8 Ukraine war begins to divide Europeans 9 The European Commission decides this Friday on the... 10 Zelenski considers going in person to the NATO summit... 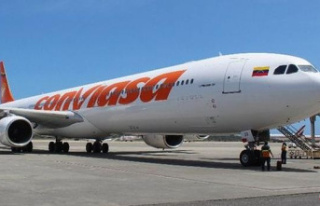 Tension increases in Argentina due to the arrival...