Zelenski considers going in person to the NATO summit in Madrid

The Ukrainian president, Volodímir Zelenski, could attend the NATO summit in Madrid in person, as announced by the organization's secretary general, Jens Stoltenberg, at a press conference at the beginning of a meeting of allied defense ministers. 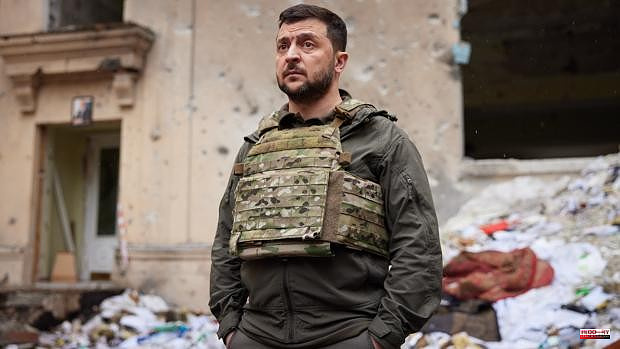 The Ukrainian president, Volodímir Zelenski, could attend the NATO summit in Madrid in person, as announced by the organization's secretary general, Jens Stoltenberg, at a press conference at the beginning of a meeting of allied defense ministers. “The president is invited to address all leaders. He's more than welcome if he comes in person, but if he can't, he'll do it again via video. We are looking forward to hearing from him, and allies are very committed to supporting him and showing his solidarity, not just with words, but with deeds. The president already spoke to us at the last summit and he will do so again in Madrid in two weeks». So far it is Western leaders who have come to kyiv to show his support for the Ukrainian leader, but this would be the first time he has left his country since the Russian invasion.

His presence at the NATO summit, even though Ukraine is not a member country, would be a sign of great significance in diplomatic language, taking into account the current circumstances.

The Madrid summit will focus above all on the ratification of the entry of Sweden and Finland into the organization. To this end, Stoltenberg has made arrangements with the Turkish government to lift its objections to Sweden's entry due to its policy of sympathy towards Kurdish independence supporters.

The allied defense ministers have decided, among other things, to position weapons and material in bases closer to the border with Russia and Belarus so that in the event of a conflict it would only be necessary to move the soldiers. For his part, the president of the United States, Joe Biden, yesterday announced a new aid package to Ukraine of 960 million euros, which will include additional artillery and defense weapons, as well as ammunition for artillery and advanced rocket systems.

1 Revelations about the assault on Capitol Hill do not... 2 The Colombian Justice forces Hernández and Petro... 3 China insists on the legitimacy of the Russian invasion... 4 A Russian missile hits the train of the NGO of the... 5 Ukrainian military and hundreds of civilians take... 6 Belarra challenges Ribera: Finance the transport subscription... 7 IAG expects a "complicated" summer at "many... 8 The Government will extend the 15% rise in IMV until... 9 Gas soars and nullifies the announced reduction in... 10 The Bank of England follows the path of the Federal... 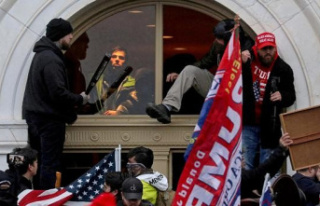 Revelations about the assault on Capitol Hill do not...