Since Monday afternoon, an issue has generated tension in Argentina and raised alarms throughout the South American region. 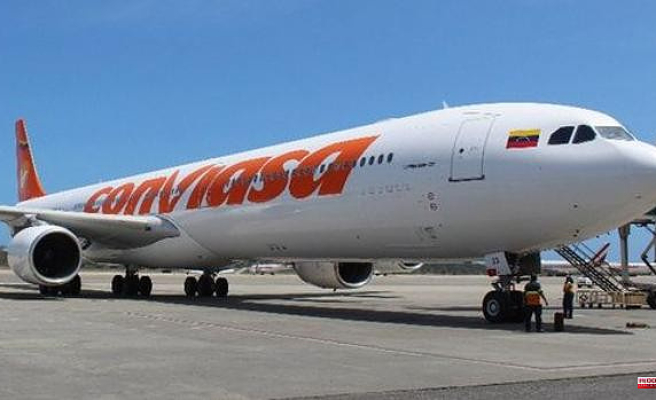 Since Monday afternoon, an issue has generated tension in Argentina and raised alarms throughout the South American region. It is about the arrival of a plane of Venezuelan origin but with links to Iran, which landed in the city of Buenos Aires after being prohibited from entering Uruguay. On Wednesday afternoon, not only were suspicions increased due to their activity, but a second aircraft related to the first was detected and a new country has been added to the diplomatic scandal over air traffic. Not only are Argentina, Venezuela, Iran and Paraguay involved in the journey, but now Bolivia is also joining.

According to what has been known, the second plane of Venezuelan-Iranian origin was intended to reach the city of Buenos Aires, but had to change its course on the fly to avoid being seized, despite the fact that the official version was the need to carry out a "technical stopover in Santa Cruz de la Sierra" (Bolivia).

From there, the flight continued its journey, but with a Boliviana de Aviación aircraft, according to local press reports. It is a plane from the Bolivarian state company Conviasa with an Airbus that was bought a few days ago from the Iranian company Mahan-Air – the firm that sold the plane held in the city of Buenos Aires and received numerous sanctions from the United States. United years ago.

One of the controversies that was generated by the landing on Argentine soil of a Venezuelan-Iranian plane that had been rejected in Uruguay has to do with the identity of its pilot, Gholamreza Ghasemi. If at first the local press pointed out that he was a member of the Islamic Revolutionary Guard, considered by the United States to be a terrorist association, the Argentine Security Minister, Aníbal Fernández, immediately took it upon himself to clarify that there was no data to deny that Ghasemi it is, in truth, a namesake of the Iranian Quds Force.

However, the Argentine newspaper 'La Nación' indicated this Wednesday that there are contradictions in the versions that exist about the pilot. "Unofficial sources from the security forces told 'La Nación' that, according to the information in their possession, Ghasemi belongs to the accused member of the Quds Force and that they are waiting for a report on the fingerprints of the Iranian, whose passport He was held in Buenos Aires, "says the media outlet.

The aircraft, which captured the media attention of Argentina and the entire region, was transporting auto parts whose function is the manufacture of some seats and an instrument panel for the Taos model. These are parts that the Volkswagen automaker manufactures in Argentina.

The first suspicious plane, which still remains at the Ezeiza international airport pending the progress of the investigation into its activities and its crew -of Venezuelan-Iranian origin-, is under the scrutiny of the Argentine justice system after its entry has been prohibited to Uruguayan territory. In it were 14 Venezuelans and five Iranians, who are being held in Buenos Aires and whose passports have been withdrawn by local justice. If no strange situation is verified on the part of the passengers, during the next few hours their identification documents could be returned to them and, from then on, they would continue their journey normally.

It should be noted that trade relations between Iran and Venezuela have been more than fluid in recent times. That is why last week, President Nicolás Maduro was passing through Tehran to sign various bilateral cooperation agreements.

As for the controversial plane held in Buenos Aires, it is a Boeing 747-300, whose usual destinations are Serbia and Iran. Last weekend, the ship also passed through Paraguay and, due to the lack of controls on its journey, the Paraguayan government made the decision to fire two officials. One of them was the administrator of the Guaraní international airport in Ciudad del Este. In turn, the agents of the National Anti-Drug Secretariat of that country, who were present at the landing of the aircraft on May 13, are also being investigated.

1 France, Germany, Italy and Romania support the "immediate"... 2 Macron arrives in kyiv to remember France's place... 3 It cost $4.4 billion, was described as the world's... 4 Macron, Scholz and Draghi arrive in kyiv on their... 5 The rich flee Russia: more than 15,000 millionaires... 6 The two suspects confess to the murder of the British... 7 Ukraine war begins to divide Europeans 8 The European Commission decides this Friday on the... 9 Zelenski considers going in person to the NATO summit... 10 Revelations about the assault on Capitol Hill do not... 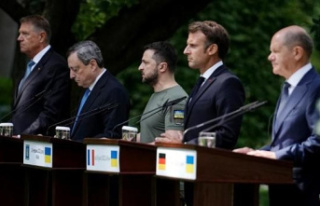