It cost $4.4 billion, was described as the world's most advanced, and is now a "failed concept ship."

The USS Zumwalt is a guided missile destroyer, which means that its primary purpose is to provide anti-aircraft support to the US Navy fleet. 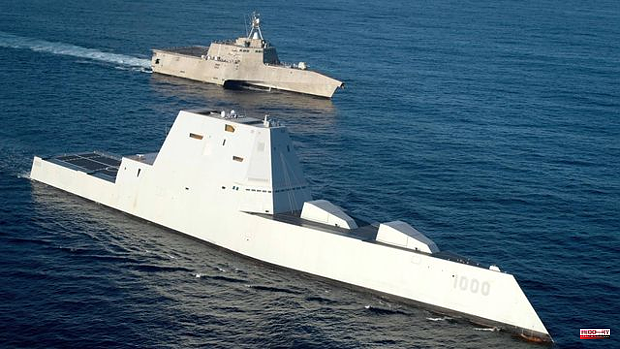 The USS Zumwalt is a guided missile destroyer, which means that its primary purpose is to provide anti-aircraft support to the US Navy fleet. Construction began in October 2008. It was launched in October 2013 and commissioned. service in October 2016. The Navy has two other Zumwalt-class destroyers: USS Michael Monsoor and USS Lyndon B. Johnson. The three cost about $22.4 billion in research and development, according to Bloomberg.

The USS Zumwalt has a capacity for 158 crew members, according to 'Naval Technology', a sustained speed of 30 knots, 182 meters in length and 16,000 tons

Despite their high cost, the Zumwalts have been plagued by equipment problems, according to 'Insider'.

Shortly after it was commissioned in 2016, it broke down in the Panama Canal. The second ship of her class, the USS Michael Monsoor, failed during sea trials the following year. As a 2018 report by Military Watch magazine noted, the Zumwalts "suffered from malfunctioning weapons, stalled engines, and poor performance in their stealth capabilities, among other shortcomings."

"They have almost completely failed to fulfill the originally envisioned role of multirole destroyer warships, while the scale of the cost overruns alone casts doubt on the viability of the programme, even if the destroyers could perform as intended," he said. the middle. The Zumwalts lack several vital features, including anti-ship missiles, anti-submarine torpedoes, and long-range area air defense missiles, military expert Sebastian Roblin wrote in a 2021 article in 'The National Interest.' Roblin called the destroyers an " Ambitious but failed ship concept.

Roblin said the Zumwalt was produced on the basis of "unrealistic" estimates that called for minimal cost, despite being 50% over budget.

After a disappointing performance, the US Navy considered a host of possibilities for the Zumwalts, including reconversion as "dedicated ship hunters," which would mean "sacrificing complex anti-aircraft and anti-submarine capabilities for a specialized anti-ship role of long range," 'Military Watch' magazine reported in 2018.

However, Navy Operations Commander Admiral Mike Gilday told Breaking Defense in February 2021 that the Zumwalt-class ships would be the first to test hypersonic technology.

1 Macron, Scholz and Draghi arrive in kyiv on their... 2 The rich flee Russia: more than 15,000 millionaires... 3 The two suspects confess to the murder of the British... 4 Ukraine war begins to divide Europeans 5 The European Commission decides this Friday on the... 6 Zelenski considers going in person to the NATO summit... 7 Revelations about the assault on Capitol Hill do not... 8 The Colombian Justice forces Hernández and Petro... 9 China insists on the legitimacy of the Russian invasion... 10 A Russian missile hits the train of the NGO of the... 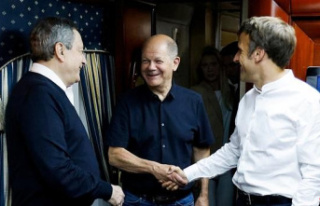 Macron, Scholz and Draghi arrive in kyiv on their...