The two main suspects in the disappearance of British journalist Dom Phillips and indigenista Bruno Araújo, the Oseney brothers and Amarildo da Costa Oliveira, have confessed to the Federal Police that they participated in the murders of Bruno Pereira and Dom Phillips, as reported by 'O Globe'. 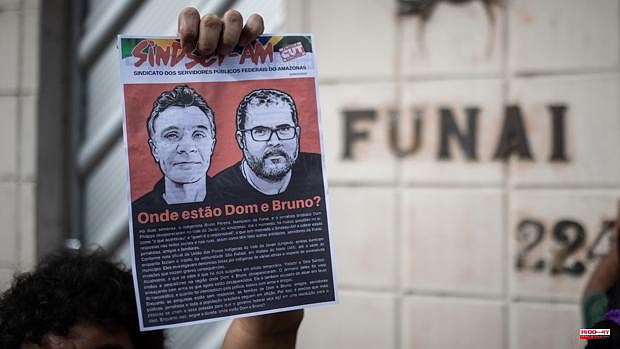 The two main suspects in the disappearance of British journalist Dom Phillips and indigenista Bruno Araújo, the Oseney brothers and Amarildo da Costa Oliveira, have confessed to the Federal Police that they participated in the murders of Bruno Pereira and Dom Phillips, as reported by 'O Globe'.

The Brazilian Federal Police has assured this Wednesday that they have found two bodies in the Yavarí Valley region, in Amazonas, where the two men disappeared.

“I have just been informed by the Federal Police that human remains have been found at the site, where excavations were being carried out. They will submit to forensics," said Brazil's Justice Minister, Anderson Torres.

In the last hours, the Police have transferred the two suspects of the disappearance

to the area where the search operation was deployed in an attempt to advance in a case, which had been going on since June 5, when they were last seen in the community of Sao Rafael, within the indigenous lands of the Yavari Valley.

Contradictory information has circulated in recent days about the fate of the disappeared, with Phillips's relatives stating that the bodies had been found, according to a source from the Brazilian Embassy in the United Kingdom, while the Federal Police ruled it out and said that the search continued.

The area in which they both disappeared is known for being one of the most inaccessible in the region, home not only to the largest concentration of uncontacted indigenous peoples, but also the scene of one of the largest routes through which both cocaine and It arrives from Peru to be distributed to Europe, like other illegally extracted raw materials such as wood and gold.

1 Ukraine war begins to divide Europeans 2 The European Commission decides this Friday on the... 3 Zelenski considers going in person to the NATO summit... 4 Revelations about the assault on Capitol Hill do not... 5 The Colombian Justice forces Hernández and Petro... 6 China insists on the legitimacy of the Russian invasion... 7 A Russian missile hits the train of the NGO of the... 8 Ukrainian military and hundreds of civilians take... 9 Belarra challenges Ribera: Finance the transport subscription... 10 IAG expects a "complicated" summer at "many... 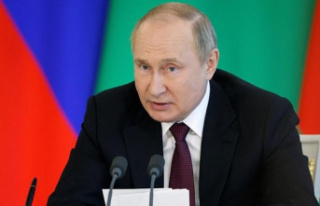