The European Commission has before it one of the most compromising decisions in its history. 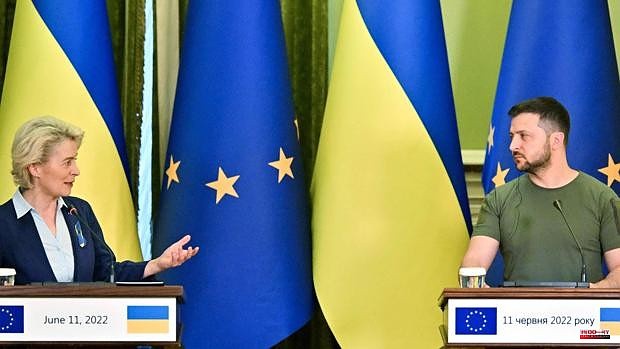 The European Commission has before it one of the most compromising decisions in its history. This Friday he must determine whether or not he recommends that Ukraine be granted the status of a candidate country for accession. A strict application of the rules would lead to a negative response, but this would send the wrong message to Moscow, which might think that the EU is abandoning Ukraine. A decision that means artificially speeding up the steps would be an affront to many other countries in the Balkans that have long aspired to join the Union but are required to first meet the strict criteria necessary to participate in the community institutions.

Among the member countries, not all are in favor - like Poland, for example - of granting not only the status of a candidate but that of a full member to this martyred country.

For this reason, at the proposal of France, Germany and other countries, the creation of a new organization has been put on the table that could link these countries -Ukraine as well- to the EU without becoming fully integrated. The kyiv government rejects this option completely and will only accept the granting of candidate country status, in the hope that negotiations can start as soon as possible.

The Commission has already received Ukraine's responses to the questionnaire in which it was asked about the details of its institutional, legal and economic system, so it is now up to it to make an assessment of whether, on these foundations, it is possible to consider this country as possible candidate, but then it is the countries that have to decide -and unanimously- whether or not to grant him this condition. The Commission has decided to include the requests from Moldova and Georgia in the same package, so that this may give it more room for maneuver to find a compromise formula.

The issue is so delicate that the commissioners met last Monday in a formula that in the uses of the Community Executive is called "orientation debate" and that serves to deal with the most thorny issues in an atmosphere less constrained than formal meetings. The result of this debate has not been published nor has it gone beyond the chiefs of staff of the commissioners who have spent this week looking for legal formulas that they believe can be accepted by all countries.

Commission sources have stated that President Ursula von der Leyen is aware that “it will not be easy” but at the same time “one cannot imagine that we can slam the door on Ukraine”.

Von der Leyen had made a lightning visit to Kyiv on Saturday to also prepare the Ukrainians: “We want to support Ukraine on its European trip. We want to look to the future »but he also reminded them that in recent years, since they signed the association agreement,« you have done a lot, but there is still a lot to do ».

Being a candidate country is an essential prerequisite to start the negotiation process to become a full member. Theoretically, once this position has been acquired, the question is no longer whether the country will enter the EU or not, but when, although it may also mean very little, if the case of Turkey, which has been officially a candidate country since 1999, is considered.

It is no coincidence that French President Emmanuel Macron has planned a trip to Eastern Europe and Moldova this week and that it is expected that he will also take him to kyiv, where he will probably speak with Volodymyr Zelensky about the Commission's decision and France's position and Germany, which lead the sector of the most reticent. In the German case, however, Chancellor Sholtz is under strong pressure from his two coalition partners - Greens and Liberals - who are in favor of the EU embracing Ukraine as soon as possible so as not to give Vladimir Putin arguments.

1 Zelenski considers going in person to the NATO summit... 2 Revelations about the assault on Capitol Hill do not... 3 The Colombian Justice forces Hernández and Petro... 4 China insists on the legitimacy of the Russian invasion... 5 A Russian missile hits the train of the NGO of the... 6 Ukrainian military and hundreds of civilians take... 7 Belarra challenges Ribera: Finance the transport subscription... 8 IAG expects a "complicated" summer at "many... 9 The Government will extend the 15% rise in IMV until... 10 Gas soars and nullifies the announced reduction in... 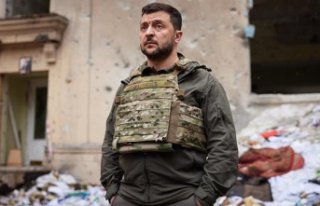 Zelenski considers going in person to the NATO summit...