Ukraine raises to about 28,500 the number of Russian soldiers killed since the start of the war 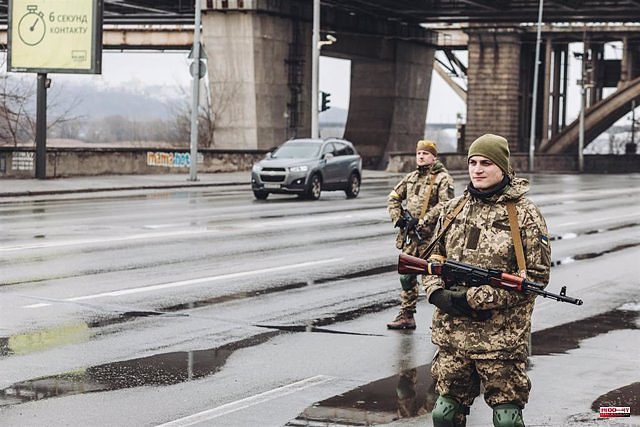 The Armed Forces of Ukraine have raised this Thursday to about 28,500 the number of Russian soldiers killed since the start of the war, unleashed on February 24 by the invasion order given by the president of Russia, Vladimir Putin, who days before had recognized the independence of the self-proclaimed republics of Donetsk and Luhansk.

The General Staff of the Ukrainian Army has indicated in a message published on its official account on the social network Facebook that so far "about 28,500" Russian soldiers have died, about 200 more than the balance published the previous day.

Likewise, it has stated that since the start of the fighting, 1,254 battle tanks, 595 artillery systems, 199 self-propelled and armored multiple rocket launchers, 203 planes and 167 helicopters have been destroyed.

On the other hand, he has said that 93 anti-aircraft defense systems, 2,157 vehicles and fuel tanks, thirteen boats and 455 drones have also been destroyed, while 103 cruise missiles have been shot down.

"The Russian enemy suffered the greatest losses during the last day in the directions of Sloviansk, Krivi and Zaporizhia," he said in his message. "The data is being updated. Hit the occupier. Let's win together. Our strength is the truth," he riveted.

In another order of things, it has published a balance of operations during the last 24 hours in which it has affected that "the Russian enemy does not stop carrying out offensive operations in the Eastern Operational Zone". "The main objective of the enemy is in the direction of Donetsk," he added.

"There continues to be a threat of missile attacks and shelling from Belarusian territory against civilian and military infrastructure targets in Ukraine," he said, before noting that "the Russian enemy has fired artillery and mortar shells at settlements in the provinces of Chernigov and Sumy".

"In the direction of Kharkiv, the main efforts of the Russian occupiers have been focused on keeping the borders occupied and carrying out counterattacks to restore the lost positions," he stressed, while adding that in the direction of Severodonetsk, in the province of Lugansk, "the Russian occupiers launched an offensive and carried out assault operations on the Ustinivka settlement."

1 «It is absolutely incredible to have been promoted... 2 Ten tips to face the EvAU without the backpack of... 3 Calviño now says that casualties due to painful rules... 4 Kylian Mbappé: an extension and an announcement on... 5 Enagás applies digitization to manage its infrastructures... 6 The Elecnor board approves the payment of a total... 7 The portability of mobile lines fell by 11.5% in March,... 8 Cs says that the emeritus is a free citizen and criticizes... 9 War in Ukraine: bombardment in Russia, Azovstal empties... 10 “The world is collapsing”: nearly 60 million displaced... 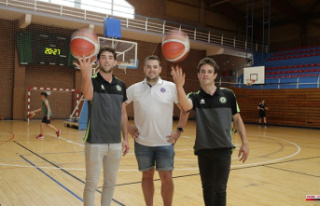 «It is absolutely incredible to have been promoted...