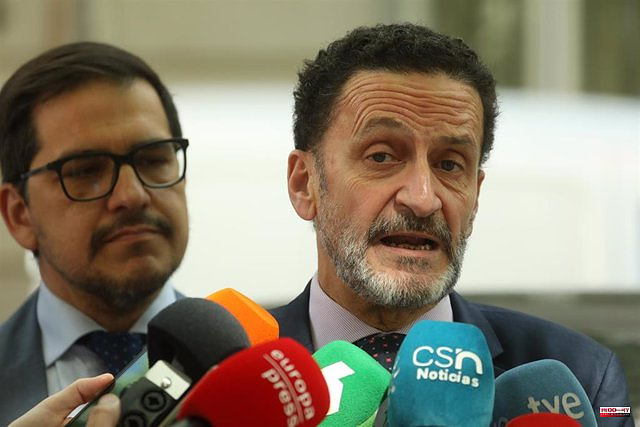 The deputy secretary general and national spokesperson for Citizens, Edmundo Bal, pointed out this Thursday that the King Emeritus is a free citizen who no longer exercises public authority as head of state, so he can establish his residence and travel "wherever he pleases " and has criticized the Government for demanding a "kind of humiliation" from him by asking him to give explanations to all Spaniards.

This is how Bal has expressed himself about the return of Juan Carlos I to Spain this Thursday on his first trip since he settled in August 2020 in the United Arab Emirates. "It is time for the issue to come out of the public eye," the 'orange' spokesman insisted.

When asked if he believes that the emeritus has to give explanations on his return to Spain, Bal has rejected this idea because the Prosecutor's Office put a "full stop" by acknowledging that there were irregularities around the figure of Juan Carlos: "He has already The Prosecutor's Office said that there are irregularities and that they are not likely to be criminally prosecuted".

"We are going to forget about this circumstance," he said in an interview on TVE, collected by Europa Press. Although in his opinion the attitude of the emeritus was "disappointing", Bal has made the government ugly by demanding a "kind of humiliation" that reminds him of "religious rather than civic postulates" because the explanations "have already been given by the Prosecutor's Office."

In this line, Bal has criticized that a part of the Government does not believe in the form of the State and "takes advantage of the minimum of change" to try to "torpedo" the basic institutions. "They will try with the coming of the emeritus", she has affirmed, while defending that at this moment the parliamentary monarchy is, in her opinion, "strongly established" in Spain.

However, the spokesman for Cs has recognized the emeritus for his work in the Transition, which he has described as a "model process", while applauding the attitude of King Felipe VI in the "issue relating to his father".

1 War in Ukraine: bombardment in Russia, Azovstal empties... 2 “The world is collapsing”: nearly 60 million displaced... 3 Tourism exceeds pre-pandemic employment levels for... 4 Innsomnia launches Inntalent, its intrapreneurship... 5 The A7 motorway reopens nearly 24 hours after a major... 6 Ortuzar does not get wet in the Athletic elections:... 7 PS5 stock: a weekend full of restocking? Live stocks 8 The Funcas panel lowers its GDP growth estimate for... 9 The rogue scammers 10 Some notes to get ahead at the crossroads 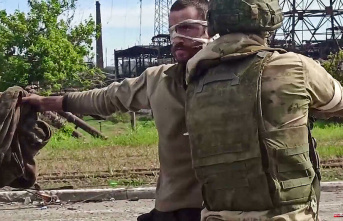