The Elecnor board approves the payment of a total dividend of 0.35 euros for the 2021 financial year, 6.5% more 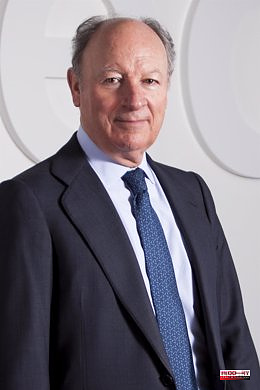 Elecnor's general meeting of shareholders approved the distribution of a total dividend per share of 0.35 euros to be paid in cash, corresponding to the 2021 financial year, 6.5% more than that distributed the previous year, the company reported.

Of this amount, 0.059 euros per title were already distributed on account last December. Thus, on June 1, the remaining 0.293 euros will be paid as a complementary payment.

In his speech before the shareholders, the president of the group, Jaime Real de Asúa, highlighted that, since 2017, the company has increased the dividend by 23%. "Growth and financial strength are reflected in shareholder returns. Dividend yield was 3.1% in 2021, as in the previous year," he said.

Thus, Real de Asúa highlighted that, "even in the current uncertain macro scenario", this remuneration to shareholders represents an increase of 6.5% with respect to the dividend distributed against 2020 and a 'payout' of 36% on the result corresponding to 2021.

The group's shareholders also approved by a large majority the accounts for 2021, as well as all the items proposed on the agenda.

Looking ahead to this year, the Elecnor group plans to continue on the path of growth in its results in 2022, as it has been doing year after year for the last decade.

In this sense, and during the reading of his speech before the group's shareholders, the company's CEO, Rafael Martín de Bustamante, stated that Elecnor has "a hopeful future".

"The current global trends that mark the roadmap for recovery and structural transformation to achieve a more sustainable and resilient development, place the Elecnor group in a privileged position. We are immersed in a profound economic, social and environmental change marked by the promotion of sustainability, electrification, energy efficiency, the deployment of renewable energies, the acceleration of digitization and connectivity, and the comprehensive provision of urban services," he said.

The board of also gave its approval to the re-election for one year of KPMG as auditor of accounts of the company and its group and the election of PricewaterhouseCoopers (PwC) for the years 2023, 2024 and 2025.

1 The portability of mobile lines fell by 11.5% in March,... 2 Cs says that the emeritus is a free citizen and criticizes... 3 War in Ukraine: bombardment in Russia, Azovstal empties... 4 “The world is collapsing”: nearly 60 million displaced... 5 Tourism exceeds pre-pandemic employment levels for... 6 Innsomnia launches Inntalent, its intrapreneurship... 7 The A7 motorway reopens nearly 24 hours after a major... 8 Ortuzar does not get wet in the Athletic elections:... 9 PS5 stock: a weekend full of restocking? Live stocks 10 The Funcas panel lowers its GDP growth estimate for... 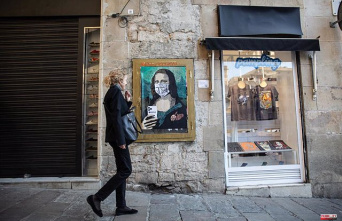