Two young men arrested in Orense for stealing and injuring a couple and sexually abusing the woman: "Leave us the girl and get out"

Agents of the National Police have arrested two young men in Orense for robbery with violence, injuries and sexual abuse, accused of stealing and injuring a partner and, in addition, sexually abusing the woman. 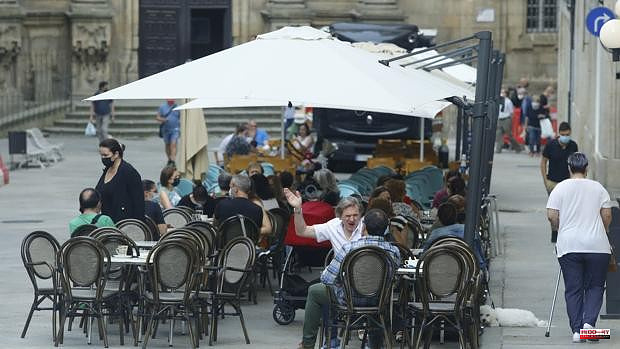 Agents of the National Police have arrested two young men in Orense for robbery with violence, injuries and sexual abuse, accused of stealing and injuring a partner and, in addition, sexually abusing the woman. This has been reported by the National Police, which has reported that in the early hours of last Sunday, May 22, a couple reported to the police that, moments before, they had been approached in a square in the city's wine area by three men. young people, who, when they reached their height, asked them for money.

When the couple refused to give them money, the three young men began to rebuke them and tell the boy "leave the girl to us and get away", in addition to blocking their way to prevent them from fleeing the place and insisted on "if you want to leave, give us all the money that you have, ”says the Police.

While the couple tried to leave the place, the boy was pushed and fell to the ground, at which point one of the young men began to attack him with kicks and punches, "preventing him from getting up," the same sources highlight.

When the girl tried to mediate so that they would stop beating her partner, they pushed her and threw her glasses to the ground, while they began to touch her, the Police point out. At that moment, the girl could see two National Police patrols in the distance, so she began to scream and ran towards them, at which point the aggressors fled the scene.

After informing the agents of what had happened, the patrols communicated the physical characteristics of the aggressors to the rest of the callers on duty, and two people who matched the characteristics of the aggressors were identified nearby. Likewise, and after initially being treated by an ambulance in the place that cleaned his wounds, the couple went to the Continuous Care Point (PAC) in the area to receive health care.

After carrying out the corresponding investigation tasks by the UDEV Group of the Orense Provincial Police Station, and after confirming the identification of the alleged aggressors, last Wednesday, the 25th, they proceeded to arrest two of them. The two detainees, aged 21 and 23, have been brought to justice, and the first of them has entered prison.

1 A woman is murdered by a knife in Zaragoza 2 The Royal Academy of Valencian Culture appoints Mario... 3 Carbon-Blanc workshops at Chateau Brignon 4 Boxing: Royannais Brandon Deslauriers faces a formidable... 5 The list of jobs with the most opportunities for young... 6 The Community of Madrid believes that the peak has... 7 Goes to paint a house in El Ejido (León) and finds... 8 'The last shirt of Machado', by Santiago... 9 Avalem Joves Plus 2022: the Valencian city councils... 10 Nachter: "If I say my football team or my political... 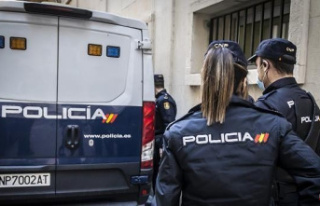 A woman is murdered by a knife in Zaragoza