The Community of Madrid believes that the peak has been reached with monkeypox: 96 positives and 40 suspected cases

The Community of Madrid has estimated 96 positive cases of monkeypox or monkeypox in the region, with another 40 cases under study awaiting results, and considers that the peak of the epidemic curve has been reached. 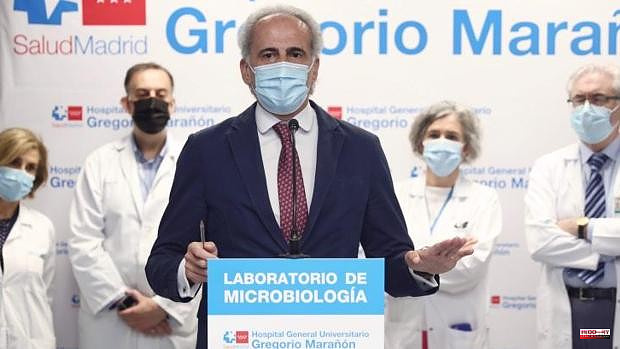 The Community of Madrid has estimated 96 positive cases of monkeypox or monkeypox in the region, with another 40 cases under study awaiting results, and considers that the peak of the epidemic curve has been reached.

"With all the caution it deserves, and due to the date of onset of symptoms, we believe that we have reached the peak of the epidemic curve," defended the Minister of Health, Enrique Ruiz Escudero, during a visit to the Microbiology Laboratory of the General University Hospital Gregory Maranon.

The incubation period (interval between infection and onset of symptoms) for monkeypox is usually 6 to 16 days, although it can range from 5 to 21 days.

Thus, the number of confirmed cases of orthopoxvirus (the set of viruses responsible for smallpox) rises to 96, 20 more than yesterday, while another 40 suspected cases of this zoonotic viral disease caused by the monkeypox virus ( MPXV) are awaiting results. Likewise, a total of 66 samples analyzed have been negative.

Likewise, the head of Madrid's Health Department has stressed that since the testing process began in five Madrid hospitals this weekend, 30 samples have been analyzed, of which 19 have been positive and in one case It has been referred as a suspected case to the National Center for Microbiology (CNM) of the Carlos III Health Institute (ISCIII).

Specifically, the Community of Madrid has begun to carry out PCR tests and genomic sequencing of the virus to determine the positivity of cases in five public hospitals in the region: La Paz, Gregorio Marañón, Ramón y Cajal and October 12 , as well as in the regional Public Health laboratory located in the Hospital Enfermera Isabel Zendal.

In any case, Ruiz Escudero has stressed that this decision has been adopted to achieve "greater speed in obtaining results", because it is "essential to buy time for the virus in a health crisis". Thus, greater agility is achieved in the diagnosis that "facilitates decision-making".

"The process for us did not have the speed that was expected, it is vital measures to control the outbreak," he lamented. In this sense, Escudero has censured that it has taken up to 72 hours to communicate a result, when the optimal thing is that it be done within the first 24 hours. In any case, he has specified, the process will be carried out "without changing the citizen service procedure."

In this sense, it has indicated that once the sample is collected, it is sent to these five laboratories to carry out the PCR to determine if it is an orthopoxvirus (the group of viruses responsible for smallpox) and its genomic sequencing. The result, which is obtained in 24 hours, will be communicated to the General Directorate of Public Health, which will update the information on a daily basis, and will also be transferred to the Ministry of Health.

"All health centers, both public and private, have a protocol," Escudero specified, stressing that Covid-19 "allowed progress in these procedures, which continue to be the same."

In addition, these tasks, he stressed, also allow a "greater knowledge of the role of the different transmission mechanisms" of the virus. "Now the Community of Madrid can study other types of samples, other ways" and "help control", he stressed.

In total, 120 positive cases of orthopoxvirus have been confirmed in Spain in tests carried out in the laboratory of the National Center for Microbiology (CNM) of the Carlos III Health Institute (ISCIII), while another 125 cases have been negative, according to the latest balance of the Ministry of Health.

According to this report, Spain is one of the most affected countries with 20 confirmed cases and 64 suspected cases, behind the United Kingdom (106 confirmed cases), Portugal (49 confirmed) or Canada (26 confirmed and 25-35 suspected).

In any case, the WHO has indicated that the risk to public health worldwide is "moderate", taking into account that "it is the first time that cases and groups of monkeypox have been reported simultaneously in very disparate geographical areas, and with no known epidemiological links to non-endemic countries in West or Central Africa.”

It also adds that this risk is also moderate because "the sudden appearance and wide geographic range of many sporadic cases indicate that widespread person-to-person transmission is already underway, and that the virus may have been circulating unrecognized for several years." weeks or more."

1 Goes to paint a house in El Ejido (León) and finds... 2 'The last shirt of Machado', by Santiago... 3 Avalem Joves Plus 2022: the Valencian city councils... 4 Nachter: "If I say my football team or my political... 5 Independence students occupy the UPF campus to reclaim... 6 Schedule and where to see the Zverev - Alcaraz 7 Rescuers recover the 22 bodies of those killed in... 8 Waze: The application takes on Toulouse and Marseille... 9 Unis-Cite Bordeaux: Candidates for 170 missions in... 10 Spain has its gas storage at 66%, above the European... 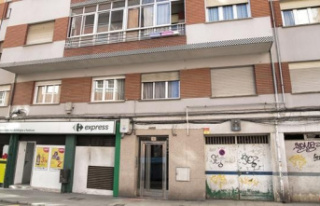 Goes to paint a house in El Ejido (León) and finds...