'The last shirt of Machado', by Santiago Sastre, is presented

It has been presented at the Castle of San Servando, in Toledo, of 'The last shirt of Machado' (Celya editions), a book by the professor, writer and collaborator of this newspaper, Santiago Sastre. 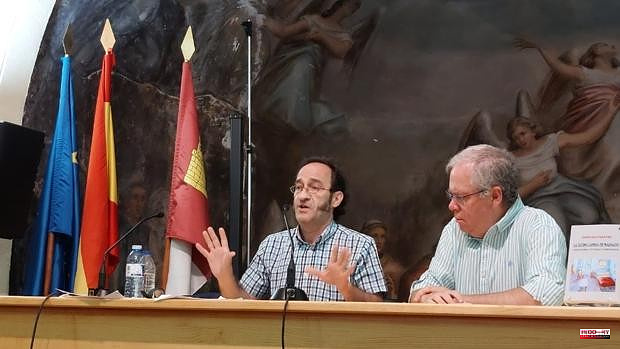 It has been presented at the Castle of San Servando, in Toledo, of 'The last shirt of Machado' (Celya editions), a book by the professor, writer and collaborator of this newspaper, Santiago Sastre.

In the words of its editor Joan Gonper, "because of its content, this book goes a step further than the publications that Santiago Sastre has produced throughout his extensive literary career, where his literary talent and teaching capacity flourish... and not only the trade and ability in the words of the writer that is often hidden behind his fictional characters or in fast-writing texts. In this work appears the university professor and the literary talent of whom he has read a lot and has digested it well.

Thus, throughout its 248 pages, Santiago Sastre recounts, analyzes and concocts texts where the writer is the intellectual and the cultural diffuser».

In his dissertation he explained that Santiago Sastre is concise and does not dwell on distractions or fictitious arguments: «He is fruitful and recreates himself. He is historical but, at the same time, he is scientific. He is a woodcutter who splits firewood but does not deliver firewood. He is constructive, sparkling and bright-thinking."

Throughout the publication, loaded with reflections, a large number and variety of sources of knowledge appear with a preference for musings about philosophy, not in vain is he a full professor of Philosophy of Law at the Faculty of Legal and Social Sciences at the University of Castilla-La Mancha. They appear, as explained in the subtitle, Ruminations, Readings and Comments. It also shows the reader pills of his encyclopedic knowledge, insights based on the habit of reading, travel, conversation and knowledge.

In this work, clean, concise texts appear, almost micro-stories through which he draws his circumstance, his reasons, an eloquence without rhetoric and his foundations but without falling into fundamentalism. He portrays actions, apparently insignificant facts and characters that have excited him, as well as the events around him. He suggests modestly, with eclectic discharges, with enthusiasm. In his expressive style the usual Santiago Sastre appears. However, each paragraph is the vehicle of a concise idea far from being a torturous nightmare to which philosophers seem to be accustomed, here more a social naturalist with a refined capacity for synthesis to qualify concrete actions on Socrates, El Greco, Fray Juan de la Cruz, Cernuda, Monterroso or Cela; to fabulate, to think with the head and write with the heart, free from all kinds of prejudices in a friendly, affable and exciting speech in each of the pearls that make up this necklace of short stories.

Santiago Sastre writes and describes with deep reflection, causing the reader to contemplate the characters that make up his inner world, and brushing his characters without falling into the temptation of the teacher who dictates sentences. In each image described there is a certain pedagogical austerity, although pregnant with a perfect linguistic apparatus, as if it were an entomologist who had hunted a butterfly and in an instructive act offered his description paragraph by paragraph but always subjected to some sparkling inner drives so as to stimulate the reader, the student, the disciple.

Santiago Sastre finished the presentation with a pedagogical and erudite dissertation: «In these reflections I have tried to transmit beauty, provoke emotion and in no way bore. My intention is that some of these texts help the reader to reflect on life with another light and from the calm of being on the shore", emphasizing the thematic variety and the brevity of the meditations, and without forgetting the writer Mario Paoletti, by the light of his feeling, nor of his students, who make him be just another student.

1 Avalem Joves Plus 2022: the Valencian city councils... 2 Nachter: "If I say my football team or my political... 3 Independence students occupy the UPF campus to reclaim... 4 Schedule and where to see the Zverev - Alcaraz 5 Rescuers recover the 22 bodies of those killed in... 6 Waze: The application takes on Toulouse and Marseille... 7 Unis-Cite Bordeaux: Candidates for 170 missions in... 8 Spain has its gas storage at 66%, above the European... 9 The Bank of Spain warns that the closure of trade... 10 Consum reduces the working week by one day in another... 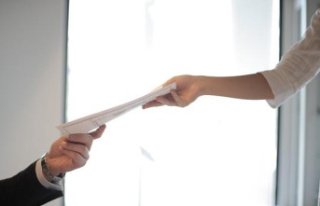