The already former president of the United States Donald Trump believed that China was responsible for the hurricanes in the North American country. 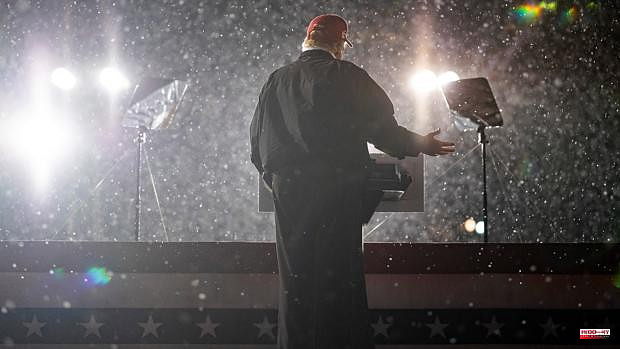 The already former president of the United States Donald Trump believed that China was responsible for the hurricanes in the North American country. Specifically, through a machine that generated them. The exmandatario believed that China possessed a kind of secret weapon with which it caused hurricanes in the United States, and constantly asked about the issue, especially at the beginning of his term, according to the magazine 'Rolling Stone'.

The publication cites at least three sources from his administration (all anonymous) who point out that this issue was recurring throughout 2018 and the following year, to the point that the government team jokingly spoke of "the pistol of hurricanes”.

Already in 2019, the US news website 'Axios' revealed that in a meeting on hurricanes, Trump asked if it would be possible to drop an atomic bomb on its center

to prevent them from forming completely in the sea, information that the then president was quick to deny and classify as false news.

Although at that time it was not specified in which specific meeting this conversation had taken place, 'Axios' assured that the people who attended were perplexed.

The idea presented by Donald Trump is not new. As early as the 1950s a scientist working for the US government suggested it in a publication under the presidency of Dwight Eisenhower. Since then, the idea has been regularly resurfaced, although there is a scientific consensus that it would not work.

According to Axios, Trump had already asked for the first time, in 2017, whether his administration should bomb hurricanes to prevent them from making landfall. In that conversation, however, the president did not mention the possible use of nuclear bombs.

1 Finland breaks its neutrality and announces its intention... 2 Farewell to Leonid Kravchuk: from the dissolution... 3 The Ukrainian 'Bella Ciao', the anthem of... 4 Ukraine's counteroffensive pushes back the Russians... 5 Hong Kong authorities release Cardinal Joseph Zen,... 6 These are the cheapest hours of electricity for Friday,... 7 Portugal, the first European country to sell an apartment... 8 Rafael Miranda leaves the presidency of Acerinox with... 9 Repsol's CEO fuels fears about a total break... 10 SEPI will have to raise Celsa's ransom to Brussels... 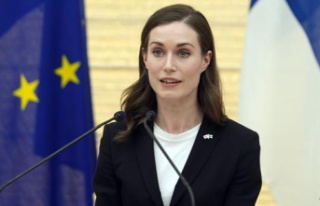 Finland breaks its neutrality and announces its intention...