Both the President of Finland, Suali Niinisto, and the Social Democratic Prime Minister, Sanna Marin, today gave their support for the Nordic country's entry into NATO, a historic process that breaks with the non-alignment policy. 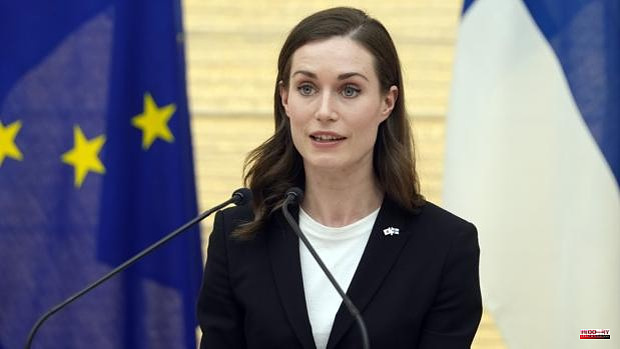 Both the President of Finland, Suali Niinisto, and the Social Democratic Prime Minister, Sanna Marin, today gave their support for the Nordic country's entry into NATO, a historic process that breaks with the non-alignment policy. "Finland must apply to join NATO without delay," they defend in the joint statement. Both had kept silent about their potential support so as not to influence the political and parliamentary debate that has preceded this step, one of the last requirements to start the process. Now the coalition government and the Eduskunta parliamentary chamber will formalize the request.

“We have needed time for the Parliament and the whole of society to freely establish their own positions on this, also to establish close international contacts with NATO and its member countries, as well as with Sweden. We wanted to give the discussion the space it required, ”they have pointed out. This accession is not directed against anyone," said Niinisto, after Russia's warning of "political and military consequences" if Sweden or Finland take a single step towards the Alliance.

« You have caused this. Look in the mirror », has been his response to Moscow.

The declarations of the two highest officials of the State were necessary for the country to begin the accession process. According to internal NATO sources, Finland will officially submit the request "shortly", which means at the end of this week or the beginning of the next. And Sweden will make a similar announcement on Sunday, after a decisive meeting of the Swedish Social Democratic Party that day. Admission will be a mere formality, "they will present the application and they will be granted admission to the process," explains an Alliance diplomat.

All 30 current members must agree, but NATO Secretary General Jens Stoltenberg has recently signaled on several occasions that there is broad support. "If not now, when?" adds a second diplomat, who tells with which NATO "will quickly approve both applications for membership", either at or before the scheduled summit in Madrid at the end of June. "We will not wait for the summit if possible," advance the same sources. "Then, during the year-long ratification process, the allies will provide a larger gut presence in the region, conduct further military exercises and maritime patrols in the Baltic Sea there, and potentially send US and British forces to Finland and Sweden," advance.

The accession of these two states to the Alliance is of great strategic importance. Finland has a border with Russia that is about 1,300 kilometers long and, as a member of NATO, it will greatly change the balance of power in the region. While it becomes effective, Niinisto and British Prime Minister Boris Johnson yesterday signed a declaration of mutual security guarantees against possible Russian aggression. This declaration, similar to the one signed hours earlier by Johnson and Swedish Prime Minister Magdalena Andersson, implies a commitment to mutual assistance, including military aid, in the event of an armed attack or natural disaster.

The agreement also establishes greater bilateral cooperation in areas such as military intelligence, technology, arms purchases and joint military exercises. "The Russian invasion of Ukraine has changed the security equation in Europe, our reality has been rewritten and has modified and shaped our future," Johnson justified during the joint press conference, "it has meant reopening a new chapter of the Cold War."

For his part, the Finnish president said that the agreement "greatly increases" the security of the Nordic country and insisted that the eventual entry of his country into NATO does not pose a threat to anyone, but rather an instrument to increase its own security. "If Finland increases her own security, she doesn't take it away from anyone," he said. "Finland and Sweden have long been neutral by choice, but now that neutrality had become a demand from Russia and that is a sea change."

This change has been possible thanks to the understanding and complicity between the two prime ministers, who from the beginning made it a condition to take the step jointly or not to take it. It has also meant a historical rectification of two social democratic parties ideologically opposed to NATO for decades. The most determined has undoubtedly been Sanna Marin (Helsinki, 1985), the youngest prime minister in Europe and who from the zero minute assumed that "if we take the step we must prepare ourselves for risks and influences that are difficult to anticipate, such as an increase in tension on the border with Russia", as well as that "we will become the target of wide-ranging hybrid influence activities". These risks are reflected in the report that the Finnish Government has presented to Parliament and on which the decision is taken.

1 Farewell to Leonid Kravchuk: from the dissolution... 2 The Ukrainian 'Bella Ciao', the anthem of... 3 Ukraine's counteroffensive pushes back the Russians... 4 Hong Kong authorities release Cardinal Joseph Zen,... 5 These are the cheapest hours of electricity for Friday,... 6 Portugal, the first European country to sell an apartment... 7 Rafael Miranda leaves the presidency of Acerinox with... 8 Repsol's CEO fuels fears about a total break... 9 SEPI will have to raise Celsa's ransom to Brussels... 10 Iryo, Renfe, Euskotren and FGC come together to create... 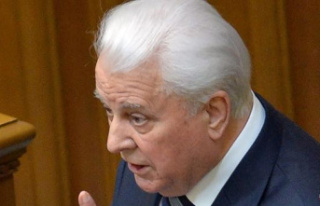 Farewell to Leonid Kravchuk: from the dissolution...