Farewell to Leonid Kravchuk: from the dissolution of the USSR to the Russian invasion of Ukraine

He had been the perfect provincial 'apparatchik' in the old Soviet Union until history put him together with Boris Yeltsin in the control room where the disintegration of the USSR and the independence of the republics that made it up were decided. 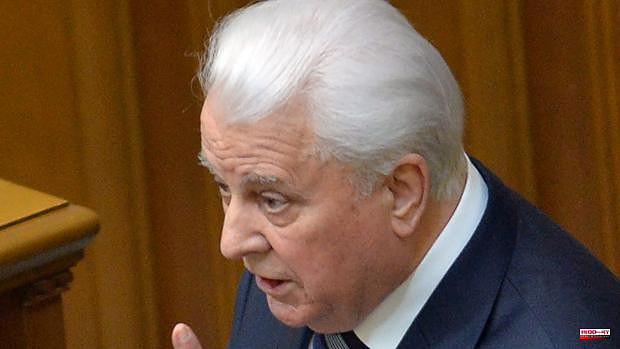 He had been the perfect provincial 'apparatchik' in the old Soviet Union until history put him together with Boris Yeltsin in the control room where the disintegration of the USSR and the independence of the republics that made it up were decided. He was the first president of the new independent Ukraine that he wanted from the beginning to anchor in Europe, and he has just died in kyiv in the middle of the war due to the Russian invasion. He had recently acknowledged his frustration at the fact that since 1991 neither the country nor its citizens had managed to build either strong institutions or a modern economy.

Leonid Kravchuk was born in 1934 into a peasant family in a town called Zhytyn the Elder, in the Volyn region, which was then part of Poland but would be occupied and annexed by the USSR when he was 4 years old.

Throughout his life he followed the path of the official loyal to the Soviet communist dictatorship, but his arrival at the top of the Party coincided with the turmoil caused by the decomposition of the system itself, accelerated by the reform policy carried out by Mikhail Gorbachev. The beginning of the 1990s is also the time of the rebirth of the most radical Ukrainian nationalism, against which Kravchuk appeared as the best option for everyone: a moderate for the conservatives and a true Ukrainian for the nationalists who consider Volyn as the cradle of the motherland and that they had already heard him speak of independence even when he was a member of the CPSU.

One can speculate on whether it was the Russian Boris Yeltsin and his enmity with Gorbachev who precipitated the dissolution of the USSR or whether he did nothing more than take advantage of the fact that Kravchuk had already refused to support the proposal to sign a new treaty to keep the old superpower alive, which had blocked the political situation in Moscow. What can be said for sure is that without Ukraine pulling the strings, it would have cost much more for Boris Yeltsin to destroy the USSR. The role of Belarus – just like today – was that of a troupe.

Kravchuk thus went from communist leader of a Soviet republic to president of an independent Ukraine, with the idea of ​​moving away from Russia and beginning to approach the West as the only way to consolidate his sovereignty. To this end, he made many concessions to Moscow, including the delivery of all the Soviet nuclear weapons that had remained on its territory, but in 1994 he had to face early elections in which he lost to his prime minister, Leonid Kuchma, who defended positions pro-Russian, which anticipated what has been the movement of the pendulum of Ukrainian politics in the last thirty years and which has led to the invasion by Russia, a gesture that will undoubtedly mark the life of Ukraine at least during this century .

1 The Ukrainian 'Bella Ciao', the anthem of... 2 Ukraine's counteroffensive pushes back the Russians... 3 Hong Kong authorities release Cardinal Joseph Zen,... 4 These are the cheapest hours of electricity for Friday,... 5 Portugal, the first European country to sell an apartment... 6 Rafael Miranda leaves the presidency of Acerinox with... 7 Repsol's CEO fuels fears about a total break... 8 SEPI will have to raise Celsa's ransom to Brussels... 9 Iryo, Renfe, Euskotren and FGC come together to create... 10 Díaz announces that the draft for the reform of the... 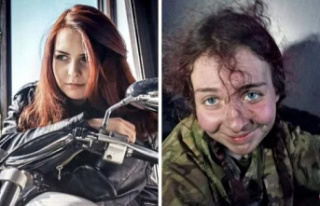 The Ukrainian 'Bella Ciao', the anthem of...