Hong Kong authorities released Catholic Cardinal Joseph Zen on bail on Wednesday, according to media from the Chinese administrative zone. 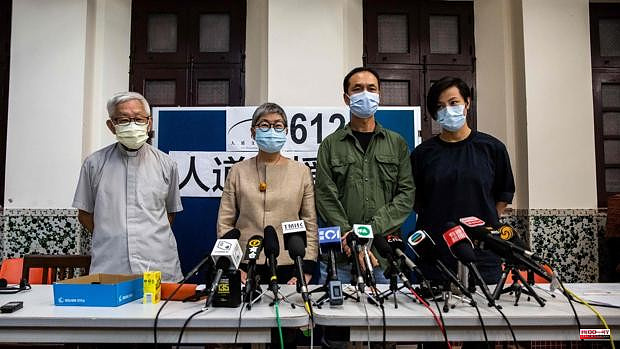 Hong Kong authorities released Catholic Cardinal Joseph Zen on bail on Wednesday, according to media from the Chinese administrative zone.

The curtailment of freedoms in Hong Kong at the hands of the Chinese regime makes a qualitative leap with unforeseeable diplomatic consequences. Along with other activists calling for democracy, Cardinal Joseph Zen, bishop emeritus of the city and one of the most critical voices against the Communist Party, was arrested this Wednesday. Neither his advanced age, 90 years, nor his high position in the Catholic Church have saved him from persecution by local authorities under the National Security Law imposed by Beijing, which criminalizes virtually all political opposition.

As reported a few hours ago by the newspaper 'South China Morning Post', Zen had been arrested along with the famous singer Denise Ho and the former opposition deputy Margaret Ng. All of them were administrators of the 612 Humanitarian Relief Fund, a fund that offered financial aid to those detained in the protests calling for democracy that began on June 12, 2019, and that led to a violent revolt that lasted six months until the outbreak of the pandemic. later. Another of its administrators, Hui Po Keung, was arrested Tuesday at Hong Kong airport as he was to catch a flight to Germany, while the fund's fifth and final trustee, Cyd Ho Sau-lan, remains in jail for assembly. illegal.

According to the SCMP, the last four detainees are being investigated for alleged collision with foreign forces. In September, the Police in charge of applying the National Security Law already warned that they were on the trail of Fund 612 and had asked those responsible for information about the donations they received and the money they gave for legal assistance to those charged by the protests. . Like virtually all critical organizations in Hong Kong, which are targeted by the draconian National Security Law, the fund stopped accepting donations and ended up closing in October 2021 due to the "current political climate". Police are also investigating another association, called the Alliance for True Democracy, which helps collect donations.

Since the promulgation of this law on June 30, 2020 until March 31, 175 people have been detained under the National Security Law and 110 prosecuted, including activists, deputies from the Democratic side and the Press tycoon Jimmy Lai, who was forced to close his 'Apple' newspaper.

They are now joined by Cardinal Joseph Zen, who has stood out throughout his life for his fierce criticism of the Communist Party dictatorship in China. Interviewed on ABC on two occasions, in 2007 he already warned of the progressive curtailment of freedoms that Hong Kong was suffering ten years after its return by the United Kingdom. A decade that he described as "frustrating" because he assured that even then there was "less freedom than before, since many businessmen and journalists censored themselves so as not to upset the central government and thus not see their interests damaged."

Due to his age and position, his arrest could damage the rapprochement of recent years between the Vatican and China, which must renew their agreement for the consensual appointment of bishops before October. Despite this kind of concordat, the details of which are secret, the religious persecution against Christians in China continues and in four years only six dioceses of the thirty that were vacant have been filled. All a sign of the difficulties to put an end to suspicions between the two parties, who do not maintain diplomatic relations because the Vatican recognizes Taiwan, the 'de facto' independent island claimed by Beijing. Interestingly, the Holy See hosted just two weeks ago a congress organized by the International Trinitarian Solidarity on persecuted Christians in the world, where this correspondent was invited to explain the harassment they suffer in China. Extending that crackdown to Hong Kong, where July 1 marks the 25th anniversary of his return to Beijing by the UK, the regime has now arrested Cardinal Zen.

Although prudent at the moment, the reaction from the Vatican was swift, reports Javier Martínez-Brocal in Rome. In a brief note, the Holy See assured that "it has heard the news of the arrest of Cardinal Zen with concern and is closely following the evolution of the situation."

1 These are the cheapest hours of electricity for Friday,... 2 Portugal, the first European country to sell an apartment... 3 Rafael Miranda leaves the presidency of Acerinox with... 4 Repsol's CEO fuels fears about a total break... 5 SEPI will have to raise Celsa's ransom to Brussels... 6 Iryo, Renfe, Euskotren and FGC come together to create... 7 Díaz announces that the draft for the reform of the... 8 German companies warn of the economic deterioration... 9 Discover all the keys to investing in uncertain times 10 Airef accuses the Government of not having a fiscal... 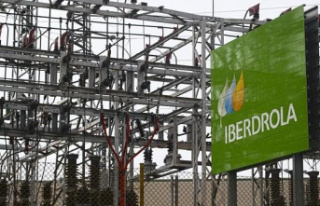 These are the cheapest hours of electricity for Friday,...