This is how the case of sexual abuse of a minor by Mónica Oltra's ex-husband broke out: "Tell her everything at once"

«Tell him, tell him once, go on, tell him everything once and for all and teach him a lesson». 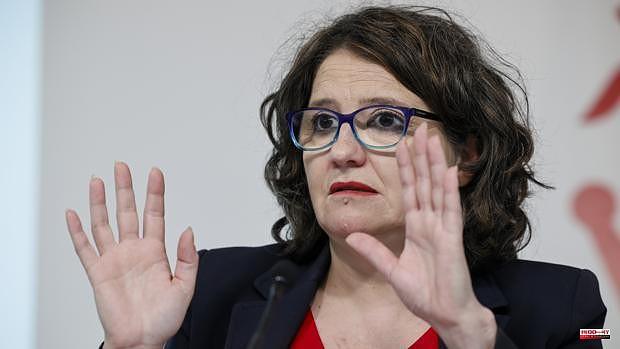 «Tell him, tell him once, go on, tell him everything once and for all and teach him a lesson». These were the words that brought to light a case that has shaken Valencian politics. They were heard by two agents of the National Police who appeared, for an unrelated matter, at the Niño Jesús juvenile center in Valencia on June 22, 2017.

Maite's boyfriend, a 14-year-old girl under the care of the Generalitat and an intern at the residence, pushed her partner to report to the police the sexual abuse she had suffered by an educator months ago, between the end of 2016 and the beginning of that same year. The aggressor was the then husband of the Vice President of the Generalitat Valenciana and Minister of Equality and Inclusive Policies, Mónica Oltra. Luis Ramirez Icardi, pending appeal in the Supreme Court, was sentenced to five years in prison.

This revelation gave rise to the head of the National Police Minors Group sending a few days later, on June 27, an informative note to the Prosecutor's Office so that it could investigate the facts. The controversial management of what had happened before and what would happen after now the stability of the Valencian Government.

Until then, and despite the fact that the minor verbalized the abuse in February, the Public Ministry had no record of it. Those responsible for the center had not given the girl credibility and she was not initially referred to a specialized service - the Espill Institute. Everyone in the residence knew of the educator's relationship with the leader of Compromís.

Icardi returned to his job three weeks later, although his plant was changed, and he was allowed to draw up an action protocol for future similar cases. Nor was the facts reported to the Prosecutor's Office for its record in the minor's Protection File.

However, everything changed when the Public Ministry was aware of the victim's complaint and initiated criminal proceedings: it sent three requests for information to Equality and reproached for not having any knowledge of what had happened to date.

On July 27, a judge had already opened a procedure and issued a restraining order for the aggressor on the victim. Mónica Oltra's version adjusts to that of the judicial deadlines. The head of Equality assures that she knew what happened when she received a judicial notification at her house, in which the aggressor was still registered. The head of the Court of Instruction number 15 of Valencia has verified that this communication arrived on August 4. Four days later, on the afternoon of August 8, he was received at the Territorial Directorate for Equality.

It was the same day that the deputy director of Children and Adolescents - the director of the range was on vacation - signed the order to open a file to investigate the actions of the Ministry of Equality. A reserved report that was oriented, says the judge, to "discredit the minor", for which the Superior Prosecutor's Office of the Valencian Community also believes that Oltra could be accused of an alleged crime of prevarication, since it indicates her as the person who he gave the verbal order to his subordinates. She denies it, although at first she did establish herself as the person in charge of that "parallel instruction" to the judicial one, which stands as the core of this whole matter.

The Civil and Criminal Chamber of the Superior Court of Justice considers that there are "plural indications" that a plan was orchestrated to protect the aggressor and the political career of the vice president. In fact, he even maintains that Oltra probably knew about the abuse from the beginning.

The file - which did not give credibility to the girl's version - was closed in November and sent to the Public Ministry, but for unknown reasons, it was not included in the first trial against the ex-husband of the Compromís leader in 2019, which motivated the partial repetition of the oral hearing.

Precisely, the case -assumed in its entirety by the TSJ- in which Mónica Oltra -who will testify on July 6- and thirteen other Equality officials and positions are now charged, has its origin in a sentence of the Valencia Court ratified by the TSJ: the one that sentenced Luis Ramírez Icardi to five years in prison. The ruling focused on the lack of protection to which the victim had been subjected by those who had to protect her and cast doubt on the management of the Generalitat in this matter.

Despite the explanations of the vice president in the Valencian Courts in April 2021, those were precisely the arguments used a few weeks later by the defense of the then minor -represented by the lawyer and leader of Spain 2000, José Luis Roberto- and the association Gobierna-te -chaired by the co-founder of Vox Cristina Seguí- to bring the facts in parallel before the courts. A circumstance for which the minister has always described the cause as "a hunt by the extreme right" in the face of the opposition's requests for resignation, which she has always rejected until now

The same Chamber that has now accused Oltra refused to investigate the leader of Compromís and other positions in her department after the complaint filed by this entity, which later led to a Court of Instruction and ended up giving rise, together with the complaint of the victim, to the current case, opened at the end of last year despite the initial reluctance of Court number 15 and with the approval of the Audiencia de Valencia.

The TSJ then understood that it could not charge Oltra because there was "no objective evidence" that she had ordered the protection of her then-husband. The only existing suspicion, according to the court, was based on the fact that all those involved were linked to Equality and that "the person affected was at the time" a partner of the minister. Nor did the Prosecutor's Office support it.

The judges focused on the fact that, in the absence of a prior instruction on the actions of the unregulated that exposed their responsibility, they could not assess "to what extent this was due to deliberate conduct as well as from whom it started and particularly if it had any intervention directly or indirectly» the vice-president of the Consell.

However, the magistrates stated that "all the elements revealed by the complainant fully justify the initiation of a criminal investigation given how suspicious the actions of the managerial and technical personnel of the Department are, particularly the personnel who ordered and carried out what is described as "paralegal instruction", as well as the treatment given to the minor who, according to what was reported, far from being protected, was the object of unjustified persecution». For this reason, they referred her to an investigating court which, given the evidence found, decided to take the matter to the high court.

1 Quiñones stresses that the Housing Law "is interventionist... 2 Elche prohibits bonfires on its beaches during the... 3 Compromís gives its “unconditional support” to... 4 Who is Mónica Oltra's ex-husband and why was... 5 A new Oscar for the Management of Alcázar in one... 6 The Provincial Council asks the mayor of Elche to... 7 PP, Vox and Citizens demand the cessation of Monica... 8 A bulldozer driver injured by burns on his hands 9 New scare to the hoteliers of Benidorm by the "Big... 10 Puertollano designs the heart of the first bimodal... 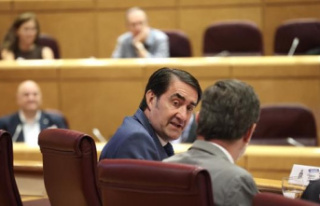 Quiñones stresses that the Housing Law "is interventionist...