Who is Mónica Oltra's ex-husband and why was he convicted

The decision of the Superior Court of Justice of the Valencian Community to impute the vice president of the Generalitat, Mónica Oltra, in the case that investigates the management of her Ministry in relation to the sexual abuse of a social educator to a minor under guardianship has a name own: that of her own ex-husband, Luis Eduardo Ramírez Icardi. 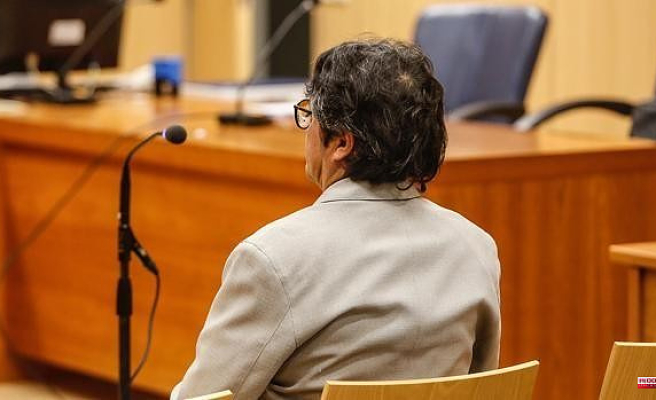 The decision of the Superior Court of Justice of the Valencian Community to impute the vice president of the Generalitat, Mónica Oltra, in the case that investigates the management of her Ministry in relation to the sexual abuse of a social educator to a minor under guardianship has a name own: that of her own ex-husband, Luis Eduardo Ramírez Icardi.

On the criminal acts that her ex-partner perpetrated in the Niño Jesús reception center in Valencia, where she abused a fifteen-year-old girl between the end of 2016 and the beginning of 2017, the ghosts that haunt the leader of Compromís fall, who must testify before the judge next July 6 to explain the alleged "parallel instruction" from his department dedicated to "exonerate or lessen a possible responsibility of the Generalitat" and cover up the facts to the detriment of the victim.

Ramírez Icardi, who worked in the aforementioned private residence with arranged places since 2011, -as proven in court- used to go to the girl's room where she slept when she was punished for bad behavior. The affected woman, who pretended not to be awake out of shame, suffered as her monitor took her hand and masturbated with her.

“He took advantage of me. I told her everything because she was a very good person with me, but she disappointed me », declared the victim, who « ran away from the center because she did not want to see » her educator. “Those who should have protected me turned their backs on me. I spoke with the director and she told me that she did not believe that Luis was capable of doing what I said. That hurt me a lot », she stressed.

During the months following the abuse, the young woman was not in the business of denouncing, thinking that no one was going to believe her knowing that the caregiver was related to the vice president of the Generalitat. It was in June 2017 when she reported the events to two agents of the National Police, whom, according to the investigation, "it seemed that they were trying to dissuade them from bringing them to the attention of the Prosecutor's Office."

[The victim of the abuse of Mónica Oltra's ex-husband: "Those who should have protected me turned their backs on me"]

In fact, according to the Provincial Court of Valencia, "the first news that was had at the center of the events was on February 20, 2017, four months before the complaint to the Police, but neither the territorial direction nor the director of the residence gave credence to the testimony of the minor.

Thus, the solution was to transfer the young woman to another residence while Oltra's ex-husband continued in his position carrying out different administrative tasks. Once the matter reached the Prosecutor's Office, the Ministry of Equality opened a parallel investigation and commissioned a psychological report on the complainant from the Espill Institute, which stated that the girl's version "was not very credible."

In December 2019, Luis Ramírez Icardi was sentenced to five years in prison and prohibited from approaching 200 meters for a continuous crime of sexual abuse of a minor in the shelter where he worked, but the defendant's defense appealed sentence for having ignored different exculpatory reports that were not sent to the court. For this reason, the TSJ annulled the ruling in June 2020 and ordered a partial repetition of the trial.

To the following hearings, different unpublished testimonies were added that pointed to the lack of criteria to evaluate the minor and, even without having the victim's statement, the court sentenced the educator again to the same prison sentence, with the aggravating circumstance of superiority.

In this regard, the Second Section stated that from the point of view of the objective credibility of the victim's testimony, it was "credible" due to the coherence of the story, reinforced by the statements of the National Police agents, the minor's boyfriend , her friend in the center and the one in another care, as well as the conclusions of the expert report and even by Icardi's own statement.

The defendant acknowledged having massaged the minor, although he did not do it with other minors, an action that he did not practice on his companions either. In his statement before the judge, he reported that "only" it was about "relaxation techniques."

Likewise, special disqualification for the profession or trade that involves contact with minors was imposed for ten years, supervised release for five years, with the obligation to participate in training courses on sex education, and compensation for the minor of 6,000 euros.

Three months later, the Valencian TSJ upheld the ruling, but the convicted appealed to the Supreme Court, alleging an alleged lack of impartiality on the part of the magistrates. A sentence that pointed directly to the action of the Ministry in "a clear confirmation bias based on the initial perception that the victim is a problematic, lying and even violent girl."

Oltra herself charged against the ruling because it was based on "assessments" and not on "evidence", with "interpretations, insinuations, value judgments and assessments", on the participation of her department.

However, he clarified that "there is no one to whom these events cause more disgust than me." "It is the sad culmination of the life of a minor for whom everything failed from the beginning, although all that remains outside of it are value judgments," said the vice president of the Generalitat.

Now, almost six years after the abuses, the vice president is facing a judicial transatlantic less than a year before the next regional elections, an issue that jeopardizes the third legislature of the Government of the Botánico chaired by Ximo Puig, who, for the moment, be silent.

1 A new Oscar for the Management of Alcázar in one... 2 The Provincial Council asks the mayor of Elche to... 3 PP, Vox and Citizens demand the cessation of Monica... 4 A bulldozer driver injured by burns on his hands 5 New scare to the hoteliers of Benidorm by the "Big... 6 Puertollano designs the heart of the first bimodal... 7 The Costa Blanca Cup 2022 football and futsal will... 8 The emotion and the desire of Corpus in Toledo win... 9 Noel dies, the boy who managed to raise more than... 10 The Diputación de Alicante allocates 120,000 euros... 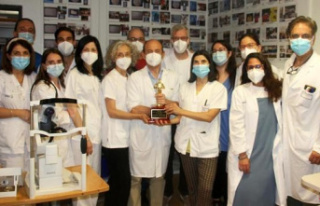 A new Oscar for the Management of Alcázar in one...