The Ophthalmology Service of the Integrated Care Management of Alcázar de San Juan, dependent on the Castilla-La Mancha Health Service (Sescam), has been awarded at the Congress of the American Society of Cataract and Refractive Surgery (ASCRS, in its acronym in English), which was recently held in Washington (United States). 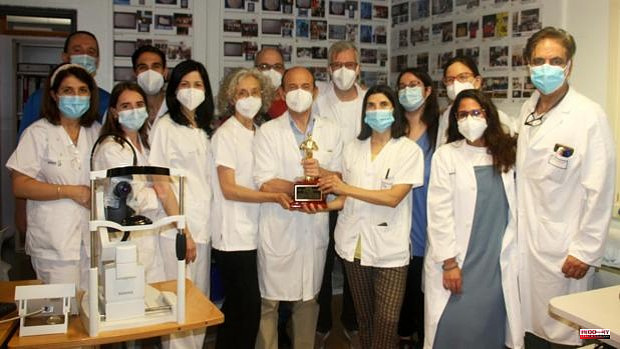 The Ophthalmology Service of the Integrated Care Management of Alcázar de San Juan, dependent on the Castilla-La Mancha Health Service (Sescam), has been awarded at the Congress of the American Society of Cataract and Refractive Surgery (ASCRS, in its acronym in English), which was recently held in Washington (United States).

In this edition, the face-to-face format has been recovered, after two years in which the congress was held virtually due to the pandemic caused by the coronavirus, which has allowed the ophthalmologists of Alcázar de San Juan to travel to the United States to collect an award that was announced and awarded to them during the virtual Congress of the year 2021.

in which for many specialists it is the most important ophthalmological event in the world.

This scientific contest is unique in that the trophy delivery ceremony bears many similarities to the Oscar Gala organized annually by the United States Academy of Motion Picture Arts and Sciences. Moreover, even the trophies that award-winning doctors receive are almost exact replicas of the famous statuettes that are given to actors and film directors.

The ophthalmologists of the Hospital Mancha Centro have been the only Spanish representatives who have been awarded at this ASCRS Congress.

On this occasion, the award received falls within the category of 'Complications in Cataract Surgery' for a video that includes three surgeries that served to resolve cases of malposition, luxation and dislocation of multifocal intraocular lenses in patients with cataracts.

Dr. González del Valle himself, accompanied by Dr. Núñez Sánchez and the doctors in training Abbas Khoja and Asensio del Pozo were in charge of collecting the trophy from the United States.

Precisely, the head of the Ophthalmology Service of the Alcázar de San Juan Management, Dr. Fernando González del Valle, explained that the three surgical techniques included in the award-winning video are innovative and are used to place multifocal lenses when there are complications intraoperative because these lenses require the complete integrity of the capsular bag (a kind of transparent bag that makes up the so-called lens of the eye and where, under normal conditions, the intraocular lens is implanted in cataract surgery).

"The novelty of these techniques for which we have been awarded is that even when the capsular bag is not intact, this type of poorly positioned lens could be repositioned, since multifocal lenses better withstand any complication," said Dr. González del Valle. .

Something that is very complex because, according to Dr. González del Valle, "multifocality implies that correct centering of these lenses is necessary" and if there is no capsular support, "in most cases it is not possible to intervene."

Finally, the head of the Ophthalmology Service of the Alcázar de San Juan Management has insisted on the importance of being able to compete in the most important congresses in the world «along with specialists who work in very scientifically advanced countries and who do so in centers that have great financial resources.

"We are proud that the public health system of Castilla-La Mancha is at the level of the best in the world and that it is recognized in scientific competitions as important as the ASCRS Congress held in Washington", González del Valle stressed.

1 The Provincial Council asks the mayor of Elche to... 2 PP, Vox and Citizens demand the cessation of Monica... 3 A bulldozer driver injured by burns on his hands 4 New scare to the hoteliers of Benidorm by the "Big... 5 Puertollano designs the heart of the first bimodal... 6 The Costa Blanca Cup 2022 football and futsal will... 7 The emotion and the desire of Corpus in Toledo win... 8 Noel dies, the boy who managed to raise more than... 9 The Diputación de Alicante allocates 120,000 euros... 10 Puig asks for "respect" for Justice after... 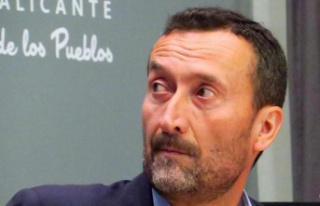 The Provincial Council asks the mayor of Elche to...