The Police of the Generalitat have arrested 32 people and are investigating another 49 for misappropriation of a total of 518 tons of fruit and vegetable products in fields of the Valencian Community. 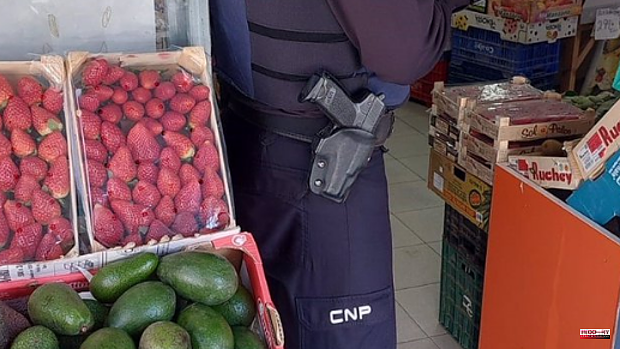 The Police of the Generalitat have arrested 32 people and are investigating another 49 for misappropriation of a total of 518 tons of fruit and vegetable products in fields of the Valencian Community. The surveillance operation has located eighty illegal workers after carrying out 208 inspections in warehouses, agricultural companies and greengrocers.

These actions have been carried out within the campaign to control the traceability of this type of crop in the field, which has been carried out between September 2021 and April 2022, and have allowed the recovery of 290 of the 518 tons stolen, as reported by the Generalitat in a statement.

Within the actions carried out, the Generalitat Police have controlled the traceability of 1,356 tons of fruit and vegetable products and have identified 2,598 people and 1,261 vehicles.

This surveillance operation is carried out by the Police of the Generalitat in collaboration with the ROCA teams of the Civil Guard, the National Police, Local Police, the Provincial Inspection of Employment and Social Security and Inspectors of the Ministry of Universal Health and Health Public.

As part of the collaboration with the Labor and Social Security Inspection, controls have been carried out in 208 establishments, warehouses, agricultural companies and greengrocers in 27 different municipalities and 80 people who were illegally hired have been located and identified. 1,309 people and 397 vehicles.

The General Director of the Interior, Salvador Almenar, has pointed out that these surveillance and control operations "have the objective of controlling the origin of fruit and vegetable products by verifying the legality of the documents accompanying agricultural traceability (DATA) and making sure that their distribution in stores and greengrocers is correct and legal».

"The Police of the Generalitat must guarantee the traceability of the products to guarantee that the food that reaches the table of Valencians has all the relevant food safety controls," he specified.

In this line, he has highlighted the importance of this control device led by the Environment group of the Police of the Generalitat to guarantee the legality of the operations that take place in the Valencian countryside.

Almenar has valued that as a result of the work of the agents of the Attached Unit "every year it is possible to remove more merchandise obtained illegally from the market and surround those who hire labor outside the regulatory framework."

In the 2021-2022 campaign, the theft of 518 tons of fruit and vegetable products has been investigated compared to 267 tons in the 2020-2021 campaign. Thus, the number of detainees that has been reduced in this campaign, going from 53 last year to 32 this year, while the people investigated have doubled this year with 49 compared to 24 in 2021.

Regarding the control of the legality of workers, this year's inspections have revealed a decrease compared to 2021, going from 136 people hired illegally last year to 80 in the current campaign.

1 Five arrested for paying a minor in exchange for sending... 2 They are looking for two men for raping an Irish tourist... 3 Sánchez announces reductions in transport and an... 4 Several NGOs raise the dead to 27 in the attempt to... 5 Mazón defends a "greater freedom" to "improve... 6 The young man stabbed when defending a minor from... 7 Page: «The approved transfer is double what it will... 8 They dismantle several drug sales points in the Casitas... 9 2022 work calendar in Valencia: when is the next holiday... 10 Villamiel transforms the old doctor's house into... 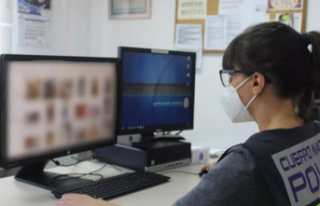 Five arrested for paying a minor in exchange for sending...