Agents of the National Police have arrested five people in Elche (Alicante) - three men and two women - for corruption of minors and child pornography for allegedly paying a minor in exchange for pornographic images and videos, as well as having sexual relations sex with adults. 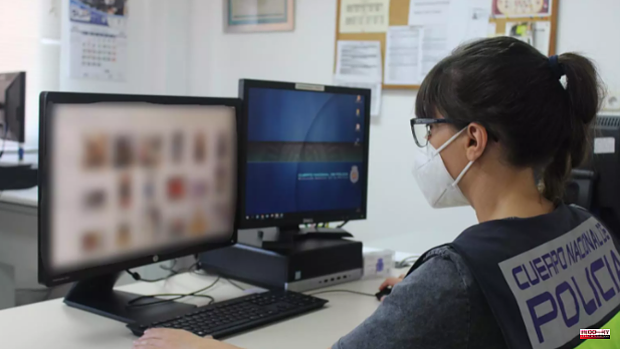 Agents of the National Police have arrested five people in Elche (Alicante) - three men and two women - for corruption of minors and child pornography for allegedly paying a minor in exchange for pornographic images and videos, as well as having sexual relations sex with adults.

In addition, apparently, those arrested provided the victim with a room to practice prostitution and means so that she could collect the payments made without the necessary authorization from her parents to open a bank account, for which they requested a commission.

The arrests have been carried out within the framework of an investigation initiated by agents of the UCRIF Group of the Immigration and Borders Brigade of the Elche Police Station, the security forces and bodies reported in a statement.

The investigation began last March, when the mother of a minor went to a police station because she suspected that her daughter might be being prostituted and provided all the information possible.

The UCRIF Group in Elche managed to identify several adult men who, through different telematic communication channels, contacted the minor to request images and videos of sexual content, in exchange for which they received financial compensation.

The suspects came to propose physical encounters to the young woman to have sexual relations in exchange for money. In addition, the agents concluded that the alleged perpetrators of the acts had "absolute knowledge" of the victim's minority.

As the minor victim was unable to make use of telematic means of payment, or being able to open a bank account with a debit card without parental authorization, in the course of the investigation, several adults were identified who provided the victim with means for could collect payments made by people requesting pornographic videos and possible physical sexual encounters.

In this sense, the National Police has determined that the people who facilitated the collections knew the reason why this money was deposited and, on some occasions, they required the minor a commission for each transaction. In addition, apparently, one of the detainees provided the victim with the room where she allegedly practiced prostitution.

After the arrest of five people, three men between the ages of 18 and 21 and two women between the ages of 19 and 42, in the town of Elche, who were brought before the Judicial Authority, the National Police has managed to dismantle the entire infrastructure created around the victim so that he could obtain the economic benefits of pornographic videos or physical sexual encounters with people of legal age.

The UCRIF Group of the Elche Police Station continues with the investigations to identify more adults who have contacted the minor victim, in order to request images of high sexual content or physical sexual encounters in exchange for money. Four of those arrested were placed at the disposition of the Investigating Court in Guard Functions of the city of Elche.

1 They are looking for two men for raping an Irish tourist... 2 Sánchez announces reductions in transport and an... 3 Several NGOs raise the dead to 27 in the attempt to... 4 Mazón defends a "greater freedom" to "improve... 5 The young man stabbed when defending a minor from... 6 Page: «The approved transfer is double what it will... 7 They dismantle several drug sales points in the Casitas... 8 2022 work calendar in Valencia: when is the next holiday... 9 Villamiel transforms the old doctor's house into... 10 The PP labels the Council of Ministers as "electoral"... 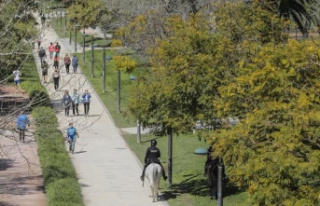 They are looking for two men for raping an Irish tourist...