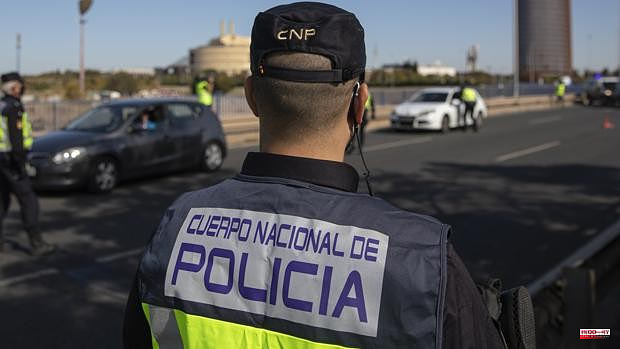 The young Zamorano Jesús Ángel Orellana Amigo, 22, died last Thursday as a result of two stab wounds he received in Andújar (Jaén). The National Police therefore arrested another 28-year-old man as the alleged perpetrator of the attack. This would have occurred in the middle of Juan Ramón Jiménez street, when the victim stood between the aggressor and his ex-partner, a minor whom he was trying to protect since, minutes before, the investigator had "insulted" and "humiliated" the victim. Teen.

Emergencies 112 Andalucía received several calls at 1:30 p.m. Despite the intervention of the health services and the resuscitation maneuvers, the young man died of the injuries already at the Alto Guadalquivir Hospital.

This Saturday, June 25 at 1:00 p.m., the funeral and burial of the Zamorano is being celebrated in his hometown, Moreruela de los Infanzones, with just over three hundred inhabitants, where his family and neighbors say goodbye to the body.

“I am not the one to say anything about this,” the mayor of the town, María Adelina Lorenzo, has settled, who has not wanted to make statements out of respect for the family, “that you can imagine how she is,” she has indicated.

Less than two days before, and according to the testimonies collected by the Police, the minor was with her father in the street, when the alleged aggressor approached them for the first time, "rebuking" them and "humiliating" them aggressively. The father tried to reduce the tension and "it seems that he succeeds at first, they even shake hands and the alleged perpetrator leaves."

Then Jesús Ángel Orellana arrived at the place, who according to Europa Press was "sentimental partner of the girl's mother." When the 28-year-old man also returned, he did so with a knife. After "a little discussion", the man from Zamora "stands between the girl and the alleged perpetrator" and is wounded with two stab wounds to the left side from which he could not recover.

The alleged perpetrator of the death, whose background is known, was "fully identified", so Judicial Police agents went to his parents' home, where he had taken "refuge" and where he was arrested without offering any resistance.

"We do not know what led the alleged perpetrator to turn around," said the spokesman for the National Police in Jaén, Diego Moya. "This time he was wielding a knife, in order, it seems to be - that's what we are trying to find out - to directly attack the girl." The spokesman added that "there were no previous complaints" from the minor or her surroundings regarding the alleged aggressor.

1 Page: «The approved transfer is double what it will... 2 They dismantle several drug sales points in the Casitas... 3 2022 work calendar in Valencia: when is the next holiday... 4 Villamiel transforms the old doctor's house into... 5 The PP labels the Council of Ministers as "electoral"... 6 The emotional video of the Tagus River by the Toledo... 7 Choral journey in the Patio Herreriano for 30 years... 8 Russia announces the death of 80 Polish fighters in... 9 Aid of 200 euros for the unemployed and self-employed... 10 This is how beautiful the Roman Bridge of Talavera... 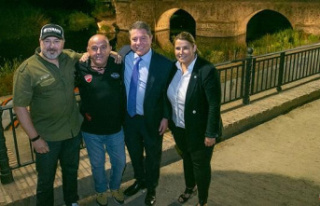 Page: «The approved transfer is double what it will...