Villamiel transforms the old doctor's house into a multipurpose building

The Vice President of General Affairs, Employment, Sports and Tourism Promotion, Fernando Muñoz, inaugurated this Friday night the new multipurpose building in Villamiel de Toledo, the product of a comprehensive reform of the old doctor's house, which has been carried out through the Extraordinary Investment Plan program of the Toledo Provincial Council. 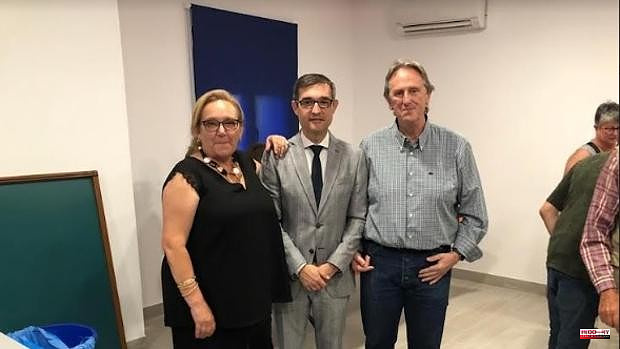 The Vice President of General Affairs, Employment, Sports and Tourism Promotion, Fernando Muñoz, inaugurated this Friday night the new multipurpose building in Villamiel de Toledo, the product of a comprehensive reform of the old doctor's house, which has been carried out through the Extraordinary Investment Plan program of the Toledo Provincial Council.

Along with the mayor of Villamiel de Toledo, Cristina del Álamo, Muñoz inaugurated the facilities, also accompanied by members of the corporation and numerous neighbors.

For Fernando Muñoz, the reform of the new multipurpose building is an excellent example of the collaboration between the municipalities and the Provincial Council of Toledo, "and the concern of the mayors to recover spaces for the enjoyment of citizens."

"It is a shared concern -Muñoz continued-, for managing general well-being, improving people's quality of life and promoting incentives in small towns like Villamiel, so that living in them is not a feat but a privilege and an opportunity" .

The work has exceeded 62,000 euros, with a contribution of funds from the Diputación de Toledo of 50,000 euros, from the Extraordinary Investment Plan, a program that reaches all the municipalities of the province of Toledo.

Muñoz has also alluded to the efforts of the City Council and the efforts of the mayor, Cristina del Álamo, to carry out a work that serves as a meeting point and coexistence for the population of the municipality. And she recalled the participation of the students in the 'Caminando Villamiel' Vocational Requalification and Retraining program, which has contributed in the first phase to the maintenance, upkeep and rehabilitation of the municipally owned building. "The reform, in addition to creating a new meeting space in Villamiel, has generated employment in the municipality," added the vice president.

For her part, the mayor thanked the Toledo Provincial Council, chaired by Álvaro Gutiérrez, for its commitment to the towns and people of the province of Toledo, and especially to its municipality, which has received aid from the provincial institution for social infrastructure improvements, thanks to provincial plans, extraordinary investment plan, or current spending.

The new multipurpose building in Villamiel de Toledo has two floors and a total area of ​​170 square meters. The first floor shares a space for the Youth Association and another for the Association of Parents of Students (AMPA), as well as the Post Office.

In addition, a 'shelter room' has been set up to serve and welcome people who make the Camino de Santiago and pass through the municipality, which can also be used by neighbors for certain circumstances.

On the second floor of the building, the English school will be installed, which was previously in the town hall, together with a multidisciplinary classroom, for the development of various activities.

1 The PP labels the Council of Ministers as "electoral"... 2 The emotional video of the Tagus River by the Toledo... 3 Choral journey in the Patio Herreriano for 30 years... 4 Russia announces the death of 80 Polish fighters in... 5 Aid of 200 euros for the unemployed and self-employed... 6 This is how beautiful the Roman Bridge of Talavera... 7 The PPdeG fears that the Avril trains will be relegated... 8 Fuensalida will celebrate the 1st Condale Conference... 9 The tears of Manolo Partearroyo in the proclamation... 10 The vice president of the Board links depopulation... 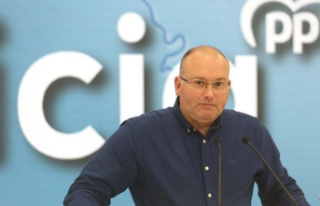 The PP labels the Council of Ministers as "electoral"...