The adrenaline and speed of the F50, the flying catamarans capable of reaching 100 km/h, return this weekend with the start of the third season of SailGP at the Bermuda Sail Grand Prix. 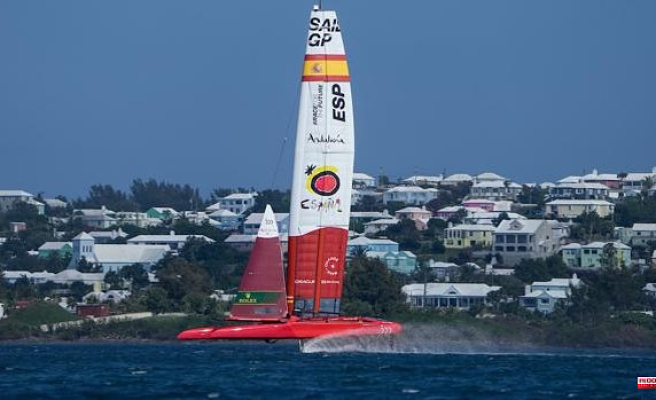 The adrenaline and speed of the F50, the flying catamarans capable of reaching 100 km/h, return this weekend with the start of the third season of SailGP at the Bermuda Sail Grand Prix. A first test that will be key to see the level of all the teams, especially Canada and Switzerland, new to the largest fleet in the history of the competition with 10 nations on the water. The F50 Victoria, the Spanish boat, will try to seek consistency and improve its results after last season in which it was considered a revelation team and where it debuted with a fourth position in Bermuda.

Precisely the waters of Bermuda are a special enclave for the Spanish team, which began five years ago, in 2017, a path that would eventually lead to SailGP.

At that time, the roosters competed in the Red Bull Youth America's Cup where, seeing the legends of the senior teams, they dreamed of being at the level of those who today are their rivals in SailGP.

The competition resumes after a month and a half break since the San Francisco Grand Final, in which Australia revalidated the title of champion in incredibly tough and changing conditions. In addition to the collision of the F50 Victoria against the American team, which left the roosters out of the competition on the second day, the test ended with more altercations, such as the one between the French and New Zealand teams, where Great Britain was saved by a few meters from what could have been one of the biggest clashes in SailGP with three boats involved.

Jordi Xammar will start the season as the starting skipper, a role he began to play in the San Francisco Grand Final. He will be accompanied by Florian Trittel (wing trimmer), Diego Botin (flight controller), Joel Rodríguez (grinder), Joan Cardona (tactician and grinder) and Paula Barceló (athlete). Jake Lilley (grinder), also an Olympian in the Finn class, joins the Spanish team. bike training. Despite this, Cardona is expected to compete, although it is likely that he will rest in some of the races.

“We are focused on improving and continuing to take steps forward”, says Xammar, who explains that “both the team and I feel more and more comfortable aboard the F50 Victoria”. The words of the Spanish pilot are framed after his debut in the San Francisco Grand Final, from where they acquired "a long list of details to work on, such as seeking consistency, especially in maneuvers." Therefore, throughout the week they have been working to improve these aspects and with the different combinations of foils and wings (sails) depending on the wind.

The Bermuda Sail Grand Prix will kick off what is expected to be the most competitive and toughest season in the league. A total of ten nations (Canada and Switzerland join Australia, Denmark, Spain, the United States, France, Great Britain, Japan and New Zealand) will compete to win one million dollars, the largest prize in the world of sailing. They will do it in a season of 11 Grand Prix.

The third season of SailGP will feature a total of 11 Grands Prix following the expansion of the competition to Asia with the addition of Singapore. This Grand Prix will take place on January 14 and 15, 2023 thanks to the support of the Singapore Tourism Office, which closed an agreement to host a Grand Prix annually for three years.

1 Schedule and where to watch Nadal - Shapovalov 2 Dozens of clubs judicially challenge their possible... 3 Suzuki formalizes its exit from the World Championship 4 The Grizzlies punish the Warriors without Ja Morant 5 CNN publishes a video where Russian soldiers shoot... 6 Spain hands over Hugo Chavez's nurse to the US 7 "Russia is an old enemy. Historically we have... 8 Russia reacts to Finland's rapprochement with... 9 The Pacific Ocean hides the 'yellow brick road' 10 Azovstal's second-in-command: “Maintaining... 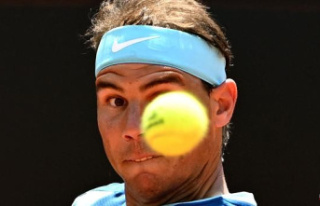 Schedule and where to watch Nadal - Shapovalov