The Grizzlies punish the Warriors without Ja Morant

On the brink of the abyss, Memphis reacted with a dazzling performance at the FedEx Forum that boosted their morale after Morant's knee injury, which could keep him out of the courts for the rest of the series. 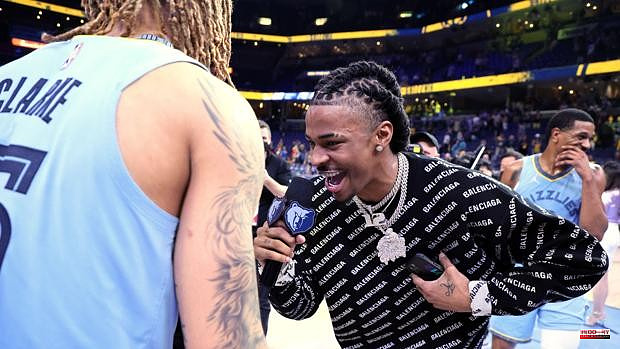 On the brink of the abyss, Memphis reacted with a dazzling performance at the FedEx Forum that boosted their morale after Morant's knee injury, which could keep him out of the courts for the rest of the series.

"This is a statement of intent for us, I don't care about anyone else... It's a very impressive win for our group but we're going to need all this intensity and defense in Game 6," Grizzlies coach Taylor Jenkins said. who advanced that Morant's presence on Friday is "very doubtful."

Power forward Jaren Jackson Jr, shooting guard Desmond Bane and point guard Tyus Jones each scored 21 points for Memphis, which overwhelmed its rival from the start with a much more intense and effective game.

For the Warriors, who lost 12 more balls than the Grizzlies and grabbed 18 fewer rebounds, star Stephen Curry had 14 points in 25 minutes.

This same season, the Grizzlies themselves had achieved in December the victory with the greatest advantage in NBA history (73 points), with a victory in the regular phase against the Oklahoma City Thunder by 152-79 also without Morant.

Plus, all season, Memphis has won 21 of the 26 games it has played without its All-Star point guard, who was passionately rooting for his teammates on the bench. On the other hand, the winner of this tie will face the Dallas Mavericks or the Phoenix Suns, who dominate their series 3-2, in the Western Finals.

With an agonizing comeback, Milwaukee beat the Celtics 110-107 on Wednesday and is one win away from finishing this conference semifinal series. At Boston's TD Garden, Giannis Antetokounmpo, with 40 points, and Jrue Holiday, with another 24 points and two key defensive actions, led Milwaukee's tachycardic victory, which trailed the entire game until the final blow in the last 10 seconds.

The comeback of the Bucks, the defending champions, ruined the performance of young Celtics stars Jayson Tatum (34 points) and Jaylen Brown (26) and leaves Boston with no choice but to win the last two games.

The Bucks lead the series 3-2 on aggregate and will get their first chance to qualify in Game 6 on Friday before their Fiserv Forum crowd.

1 CNN publishes a video where Russian soldiers shoot... 2 Spain hands over Hugo Chavez's nurse to the US 3 "Russia is an old enemy. Historically we have... 4 Russia reacts to Finland's rapprochement with... 5 The Pacific Ocean hides the 'yellow brick road' 6 Azovstal's second-in-command: “Maintaining... 7 The Kremlin considers Finland's entry into NATO... 8 They analyze a video of the alleged assassins of Marcelo... 9 The United Kingdom signs a defense pact with Sweden... 10 "I have no words": Arkady Perchenko, the... 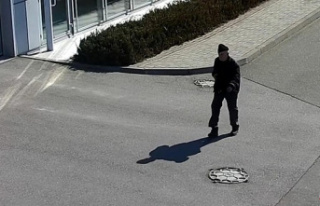