Marine scientists aboard the Exploration Vessel Nautilus believed they had found the yellow brick road from 'The Wizard of Oz' or the road that leads to Atlantis. 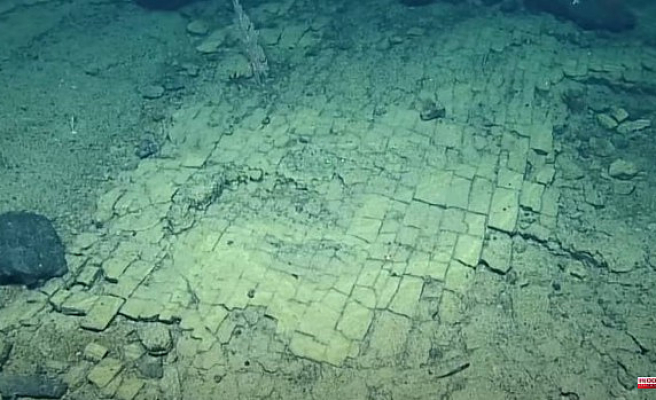 Marine scientists aboard the Exploration Vessel Nautilus believed they had found the yellow brick road from 'The Wizard of Oz' or the road that leads to Atlantis. However, it is nothing like that, it is not even a creation of the human being. It is a rock formation from an ancient dry lake bed that has been discovered by explorers from the organization 'Ocean Exploration Trust'.

It was during an expedition to the deep waters of the northern Hawaiian Islands, in an area called the Liliuokalani Ridge that is part of the Papahanaumokuakea Marine National Monument (PMNM) in the Pacific Ocean. It is one of the largest marine conservation areas in the world, larger than all the national parks in the US.

together, and only 3% of its entire seabed has been explored.

It is located about a thousand meters below the surface of the sea and is a wild area of ​​great scientific interest since it looks like a biological laboratory due to the conditions that have arisen as a result of the volcanic activity of the islands. That is why the 'Nautilus' researchers do not rule out finding new biological matter and unique species in the territory.

This time the discovery is about geology. During the expedition, which the team broadcast live on its YouTube channel, a remote-controlled vehicle's camera showed an incredible rock formation, the result of ancient active volcanic geology on the Hawaiian ocean floor.

This lake bed is located on top of Mount Nootka which, despite being underwater, has a surprisingly dry appearance that resembles 'baked crust' as the experts comment. According to them, its appearance is probably due to the constant process of heating and cooling of the area caused by the eruptions. Thus, the volcanic rock has been uniformly fractured with a brick-like structure, making it look like a cobblestone road.

After studying the terrain, the team has identified it as a cracked flow of hyaloclastite rock, a volcanic rock created during high-energy eruptions, which ended up scattered in fragments on the seabed.

This yellow brick road is a highly relevant finding as it is part of the team's objective. His intention is to collect soil samples to determine the geological origin and age of seamounts and thus understand the formation of the Northwest Hawaiian Islands.

1 Azovstal's second-in-command: “Maintaining... 2 The Kremlin considers Finland's entry into NATO... 3 They analyze a video of the alleged assassins of Marcelo... 4 The United Kingdom signs a defense pact with Sweden... 5 "I have no words": Arkady Perchenko, the... 6 Trump believed that China had a “hurricane weapon”... 7 Finland breaks its neutrality and announces its intention... 8 Farewell to Leonid Kravchuk: from the dissolution... 9 The Ukrainian 'Bella Ciao', the anthem of... 10 Ukraine's counteroffensive pushes back the Russians... 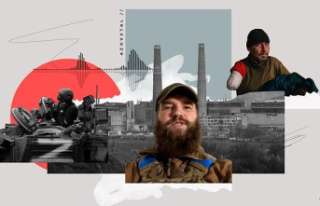