A spontaneous conversation breaks out on the lawn of Discovery Green, a park in Houston, Texas, in front of the convention center that hosts the annual meeting of the National Rifle Association (NRA). 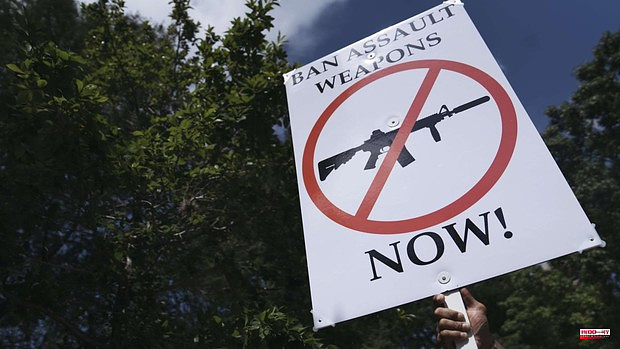 A spontaneous conversation breaks out on the lawn of Discovery Green, a park in Houston, Texas, in front of the convention center that hosts the annual meeting of the National Rifle Association (NRA). Glenn Keels and Todd Brannon are two Army veterans who have come from Austin to protest the powerful gun lobby's conclave, the same week an 18-year-old turned a Uvalde school class into a few hours from here, on a wall. He killed 19 children and their two teachers with a legally purchased military-style weapon.

The speeches at the NRA meeting do not yield a millimeter to the proposals, like every time one of these massacres occurs, to limit access to weapons, to tighten controls so that they do not fall into the wrong hands.

. The great star of the convention, Donald Trump, speaks of achieving "impenetrable security in all schools in the country" and offers a long list of proposals: police in each school, perimeter fences, metal detectors, armed teachers, single entrances... The solution is to turn schools into impregnable fortresses. And do not touch access to weapons.

“It would take an entire company of infantry — 100 to 200 soldiers — to completely secure something like a school,” says Keels, who served in the Army Parachute Corps in the first Iraq War. "Has no sense".

"The fact that every time one of these massacres occurs, new ways of militarizing schools are discussed is the clearest evidence that these policies have failed," adds Brannon. "If we don't change gun access laws, this will continue to happen. All the discussion of improving security is a distraction theater, so that there is no talk of gun control, such as tightening the conditions on who can access an assault rifle.

“There are no massacres in schools in black neighborhoods in the cities, they always happen in areas that are considered safe, have you noticed?”, intervenes Guillaume, a black teacher from a public school in Houston, who was listening to the Army veterans. "It's because there are metal detectors and it's full of police. Security works. The problem is that there are marginalized children, abandoned, without family structure, without treatment for mental problems.

The exchange is a sample of the debate that is sweeping the US, in full shock over the Uvalde tragedy. Since the Columbine (Colorado) high school massacre in 1999, which inaugurated an era of indiscriminate attacks on educational centers, the country has reacted to these harrowing episodes between requests for arms control -never heeded- and increased security measures.

As part of these measures, American children are prepared for shootings, with simulations in which the lights are turned off and they have to remain silent. Many centers are fenced. The entrances to the building can only be opened from the inside. More and more schools have armed police or security members. All these measures were installed at the Uvalde school, but they failed: there was a police officer nearby, but not right at the school, and a teacher opened a rear door of the building when she heard the first shots, went back inside to call the emergency room and That's where the attacker entered.

In addition to metal detectors in some centers, conditions in schools are becoming increasingly harsh. In Buffalo (New York), where there was a shooting with ten dead two weeks ago, it is now required that visits to the school - also from parents - be notified and authorized in advance. In Michigan schools, students are forced to carry transparent backpacks after a shooting at a center that killed four last November. In Florida, teachers have been allowed to carry weapons since the Parkland massacre in 2019.

And more are proposed: expensive weapons detection technology, mobile applications for teachers to detect and locate threats, installation of armored doors, smoke systems to make attacks difficult (it would also make it difficult to reduce the attacker) or the existence of a single door in educational centers, something that Trump also defended. This measure, much discussed in recent days, would be a logistical nightmare for centers with many students (it is common for institutes to have thousands of students).

Experts also call for practices that help detect early signs of violent behavior and mental health problems among students, and psychological support systems for these students.

The review and tightening of security in schools will be intensified after the Uvalde massacre. But even if America's schools become strongholds, that won't make other easy targets disappear. Restaurants, bars, shopping malls, bus stations, churches... Meanwhile, assault rifles will continue to be available to anyone at the nearest armory. 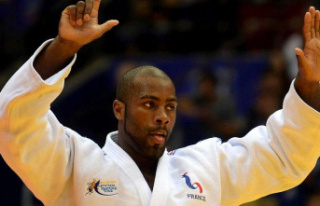