The Guardia Civil de Valencia was informed through the Central Operations of Services about an attack by several dogs on a pedestrian in the place called "Pardines" in the municipality of Beniarjó. 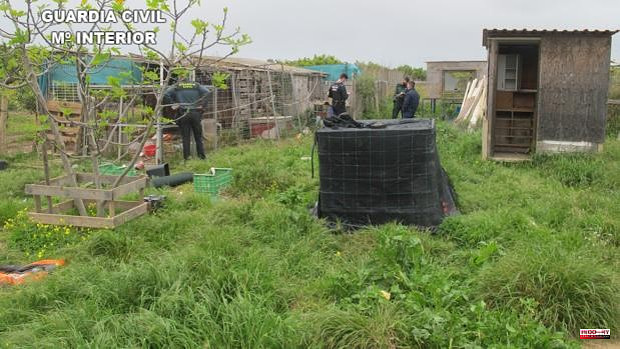 The Guardia Civil de Valencia was informed through the Central Operations of Services about an attack by several dogs on a pedestrian in the place called "Pardines" in the municipality of Beniarjó.

Once the facts were known by the Civil Guard, the search and location of the animals was immediately launched, as well as the location of their owner.

First, two black-coated dogs with morphology and physical conditions comparable to potentially dangerous dogs were located on a road, near a rustic shed. These were found wandering through adjacent fields, without the control of their owner.

The agents observed how three other dogs with similar characteristics to the previous ones came out from inside the fence where the booth was located.

For this reason, the Civil Guard agents in collaboration with the Bellreguard Local Police, carried out active efforts to locate the owner of the animals. Once it was located, the agents proceeded to inspect the place where it housed a total of seven dogs.

The facilities where he housed them lacked basic hygienic-sanitary conditions, since the area was covered with various waste, faeces and urination. In addition, the animals were lacking water and food, as well as their perimeter fence showing clear deficiencies in its enclosure. For this reason, as a precautionary measure, five of the dogs were collected by a protector of the area. These animals had already caused several episodes of attacks resulting in injuries to five people.

Finally, the agents proceeded to investigate a 36-year-old man, of Spanish nationality, for a continued crime of injury. In addition, he has been administratively denounced for these facts. The agents have verified that the detainee is a repeat offender in the effective abandonment of the dogs, with the result of lack of control over them.

The proceedings have been delivered to the Court of First Instance and Instruction Number 1 of Gandía. From the Civil Guard it is reported that owners of dogs of these so-called potentially dangerous breeds must meet certain requirements:

-Be of legal age and not be unable to provide the necessary care to the animal.

-Not having been convicted of crimes of homicide, injury, torture, against freedom or against moral integrity, sexual freedom and public health, association with an armed gang or drug trafficking, as well as absence of sanctions for infractions in matters of Possession of potentially dangerous animals.

-The animal must be registered in the municipal canine census.

-Possession of an animal without the corresponding License will lead to the start of sanctioning proceedings and the confiscation of the same by the City Council, until its legalization.

-Potentially dangerous dogs must always circulate on roads and public spaces on a short leash (less than 2 meters and not extendable), with their muzzle on and in no case led by minors.

1 Provisional prison for the detainee for the kidnapping... 2 Mélenchon's leftist alliance denounces the "manipulation"... 3 Cabin crew call for a six-day strike at Ryanair for... 4 Devon Allen's dilemma: four hundredths of the... 5 The keys to the Mónica Oltra case: what a judge and... 6 Hidraqua joins the Chair of the Social Council of... 7 Lanzadera creates the first eSports innovation hub... 8 The first large ship with corn from Ukraine bound... 9 Grimaldi and Trasmed plan to take 150,000 tourists... 10 Lasso faces an indefinite national strike called by... 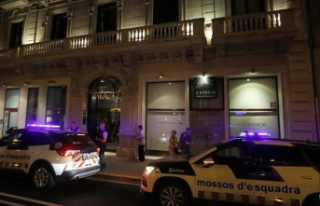 Provisional prison for the detainee for the kidnapping...