Cabin crew make good on their threat and will hold 24-hour strikes later this month at Ryanair. 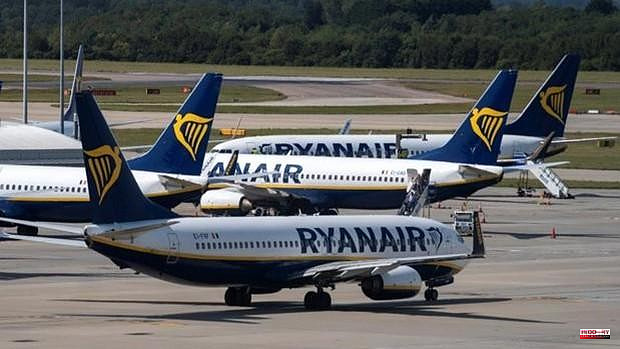 Cabin crew make good on their threat and will hold 24-hour strikes later this month at Ryanair. The USO and Sitcpla unions have announced this Monday that they have called six days of strikes in Spain for June 24, 25, 26 and 30 and July 1 and 2. A protest that will take place in the 10 bases that the company has and in which up to 1,200 cabin crew can participate.

As these unions have explained, this mobilization is produced by the decision of the company to get up from the negotiating table of the collective agreement that it had with both unions. Ryanair has reached an agreement with CC.OO. to negotiate the agreement that leaves USO and Sitcpla out. From these organizations they denounce that this union is not legitimate because it hardly has members among the workforce.

The intention with these mobilizations, as detailed by USO and Sitcpla this Monday, is for Ryanair to sit down again at the negotiating table of the company's first collective agreement for cabin crew in Spain, which has been negotiating for eight months.

“Ryanair has forced this strike and we have to return to the mobilization so that it complies with basic labor rights and court rulings and manage to close an agreement. The Irish company is the only international company without a collective agreement in our country”, explained the general secretary of the USO union section at Ryanair, Lidia Arasanz.

Both organizations reached an agreement with Ryanair in early 2019, after a few months marked by protests from the airline's cabin crew. The pact included measures, such as the application of Spanish labor legislation, which, however, the company has never applied. For example, the unions denounce that the crew members still do not have the right to the 22 working days of annual vacation that are guaranteed in Spain or to the 14 holidays.

But the straw that broke the camel's back for USO and Sitcpla has been the agreement reached by the company with CCOO. A pact announced a few weeks ago and for which Ryanair places this union as the main interlocutor to negotiate the agreement. After reaching this agreement, the airline canceled the meeting scheduled for June 9 with USO and Sitcpla at SIMA to continue negotiating the agreement.

"They do not have implementation among the company's flight personnel and the agreement reached includes improvements that were already agreed by USO and Sitcpla in Ryanair", has defended Manuel Lodeiro, from Sitcpla, who considers that the company has wanted to "annul" to these organisations, as it has already done in other European countries with the most belligerent trade unions. «CC.OO. It has no representation at all and a medal is hung on which we have been working for a long time. Ryanair wants to get us away from the tables, “added Arasanz.

Among the improvements achieved by CC.OO. There is the salary increase of one thousand euros in 2022 and 800 in 2023, increases that according to USO and Sitcpla were included in a sentence won in the National Court. 600 flight hours are also guaranteed, a request that both unions claim to have claimed without the company making a statement.

1 Devon Allen's dilemma: four hundredths of the... 2 The keys to the Mónica Oltra case: what a judge and... 3 Hidraqua joins the Chair of the Social Council of... 4 Lanzadera creates the first eSports innovation hub... 5 The first large ship with corn from Ukraine bound... 6 Grimaldi and Trasmed plan to take 150,000 tourists... 7 Lasso faces an indefinite national strike called by... 8 Escrivá hopes to fit the blow of the rise in pensions... 9 Laso returns to training after recovering from a myocardial... 10 AFL returns to Aranjuez: David Mora from Madrid stars... 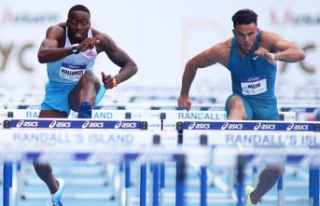