Grimaldi and Trasmed plan to take 150,000 tourists to Sardinia from Barcelona

The Trasmed ships that link Palma and Barcelona and the Grimaldi ships that connect Barcelona with Sardinia are the destinations that the Italian shipping company is promoting this summer. 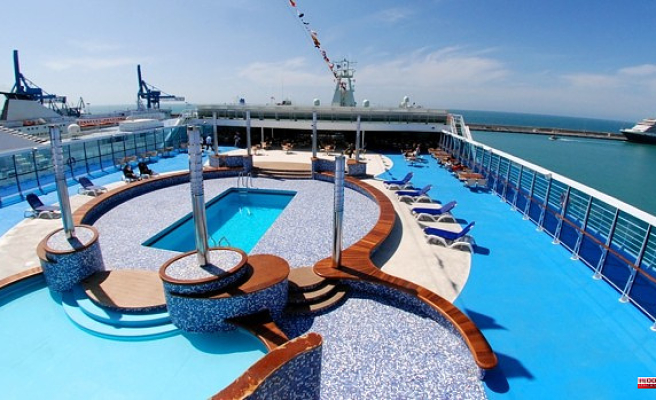 The Trasmed ships that link Palma and Barcelona and the Grimaldi ships that connect Barcelona with Sardinia are the destinations that the Italian shipping company is promoting this summer. Ettore Morace, CEO of Transmed, forecasts that the Barcelona – Porto Torres – Barcelona route will transport more than 150,000 passengers this season.

Both the Cruise Roma and the Cruise Barcelona are considered to be some of the largest ferries sailing in the Mediterranean. Both ships have a capacity of 3,500 passengers and offer services to make the trip as comfortable and relaxing as possible. They have a seawater pool on deck, a gym, a spa, a nightclub, an à la carte restaurant, a small shopping center, as well as Wi-Fi and a casino, among many other services.

In addition, they allow traveling with pets in the cabin and common areas of the ship.

After 10 hours of overnight crossing, the Cruise Roma arrives at Porto Torres, located just 36 kilometers from Alghero, one of the most beautiful medieval cities on the entire Italian island. To highlight another visit to be made also by boat through the Neptune's Grotto, one of the most amazing natural cavities in Sardinia with karst formations, where you can see hundreds of stalactites and stalagmites over 200 years old.

On the way back to Barcelona on the company's promotional trip, the Majorcan chef and president of the Association of Cooks Based in the Balearic Islands, José Cortés, prepared a menu with products from Majorca together with the ship's executive chef Giuseppe Mazzola and the team of cuisine of the Cruise Roma to bring the largest of the Balearic Islands closer to Sardinia through its gastronomy. The menu consisted of a coca de oli DO from Mallorca and carob with escalivada, mozzarella and fleur de sel, followed by fried vegetables with cod, PGI Sobrasada de Mallorca and honey and, to finish, cremadillo with PGI Sobrasada de Mallorca and ice cream of cinnamon

The Port of Barcelona and the Grimaldi Group recently signed an agreement to connect the ships of Trasmed GLE, a company belonging to the Italian group, to the OPS electrical supply system that will be installed at the Sant Bertran dock in Barcelona, ​​with which the ships will not will pollute the city during their berths. Those in charge of signing the agreement were the president of the Port of Barcelona, ​​Damià Calvet, and the president of the Grimaldi Group, Emanuel Grimaldi.

Grimaldi is the world's leading group in the transport of ro-ro, with a fleet of more than 130 ships. Since July of last year, with the incorporation of Trasmed, it has extended its services to the Balearic Islands, taking advantage of the synergies with its other lines in the Mediterranean that link Barcelona with Sardinia (Porto Torres), Civitavecchia (Rome), Savona and Livorno; as well as Valencia with Sardinia (Cagliari), Salerno, Savona and Livorno; in addition to the Atlantic lines with destinations to West Africa, Northern Europe and North and South America.

Trasmed is a Spanish company, based in Valencia, which is dedicated to the maritime transport of passengers and goods between the Peninsula and the Balearic Islands. Thanks to an investment of more than 30 million euros, today all its ships are equipped with a polluting gas purification system, 'scrubbers', with the aim of improving the efficiency and environmental sustainability of the fleet, as well as the reconditioning and improvement of cabins and public spaces. The boats offer quality traditional and local gastronomy.

1 Lasso faces an indefinite national strike called by... 2 Escrivá hopes to fit the blow of the rise in pensions... 3 Laso returns to training after recovering from a myocardial... 4 AFL returns to Aranjuez: David Mora from Madrid stars... 5 All the traffic device for Corpus: street closures... 6 Palencia launches guided 'city tours' through... 7 Fainting and dizziness due to heat in oppositions... 8 A worker was injured after a pressure bomb exploded... 9 Madrid continues to be on alert due to high temperatures:... 10 Investigated for driving 64 kilometers in the opposite... 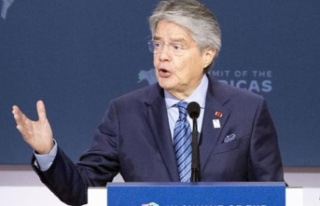