The Supreme Court's slam on the Atristain doctrine, on the roof of the Constitutional Court

The refusal of the Second Chamber of the Supreme Court to uphold the appeal for review of the conviction of ETA member Xabier Atristain after the ruling of the European Court of Human Rights does not put an end to the judicial pilgrimage of the terrorist, who still has the opportunity to appeal in protection before the Constitutional Court. 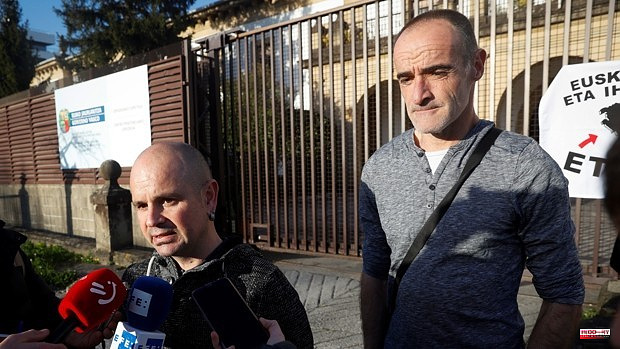 The refusal of the Second Chamber of the Supreme Court to uphold the appeal for review of the conviction of ETA member Xabier Atristain after the ruling of the European Court of Human Rights does not put an end to the judicial pilgrimage of the terrorist, who still has the opportunity to appeal in protection before the Constitutional Court. The magistrates of the Supreme Criminal Chamber have no doubt that the Imanol commando terrorist was convicted with more evidence than his own police statement, which Strasbourg calls into question because the order that agreed to hold him incommunicado, and therefore, the possibility of choosing a lawyer he trusts, he was not sufficiently motivated. The European Court does not question the solitary confinement regime in force in Spanish law, but rather the specific circumstance of the lack of motivation for the order that affects only and exclusively Atristain, as the Supreme Court recalled yesterday in the order in which it dismissed the ETA appeal .

And it is that even assuming that, for the sake of what was ruled by Strasbourg, nothing declared by Atristain was taken into account, there are other statements and documentary evidence that supports his 17-year sentence. Hence, it is not necessary to subject the procedure to any revision.

The one who is not in a very good place after the decision of the High Court is the magistrate of the National Court José Ricardo de Prada, who in a "book overreach", as legal sources already described it at the time, invited a generalized application of the Atristain case arguing that after the Strasbourg ruling there was no other possible option. "It is of necessary validity for the Spanish courts, including for our TC", he dared to say in the sentence in which he acquitted ETA member Gaddafi. However, the highest court in the country, which is the Supreme Court, denies it with facts and agrees with those who from the beginning maintained that it should be done »case by case«.

It is not the first time that the High Court has rejected an appeal for review filed after a ruling in Strasbourg in favor of an ETA member. Precisely these days the plenary session of the TC is studying Martín Sarasola's appeal against the decision of the Supreme Court not to review his sentence for the murders of the T-4 in Madrid on December 30, 2006. A response similar to the one made two years ago is expected. weeks the court gave the co-author of that attack, Igor Portu, whose amparo appeal it rejected, considering that the Supreme Court's decision was the correct one. Portu and Saralola try to benefit in this case from the Strasbourg ruling that considered that although torture was not accredited, they could have suffered ill-treatment in the statement they gave before four civil guards that they brought to trial.

1 The Police intervene in Zaragoza a ton of pirated... 2 The keys to the new VTC law whose approval will be... 3 Two arrested when they robbed a house in Toledo 4 A motorcyclist dies in Palencia after falling and... 5 Ayuso accuses the women of Podemos of "whining"... 6 A lot of 'remember' in the musical offer... 7 The labor market resists: unemployment falls by 4,482... 8 Elísabet Benavent: «Literature has no gender, it... 9 What are the Roland Garros 2022 prizes 10 Schedule semifinals Roland Garros 2022: Rafa Nadal... 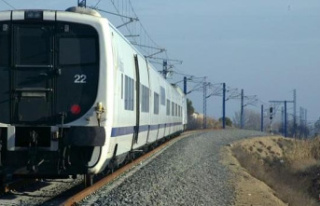 The Police intervene in Zaragoza a ton of pirated...