Elísabet Benavent: «Literature has no gender, it is a matter of curiosity, but there are prejudices with romantic comedy»

Elísabet Benavent (Gandía, 1984) is not afraid of facing a blank page. 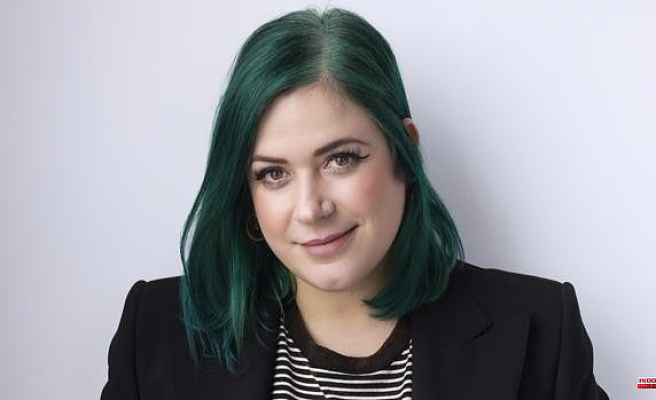 Elísabet Benavent (Gandía, 1984) is not afraid of facing a blank page. Perhaps that is why she has written 22 novels and three and a half million copies sold since 2013, after making herself known by writing on a blog while working as a secretary, her stories catapulted her to the bestseller lists.

Now he publishes «All those things that I will tell you tomorrow», his new literary creature. In the five hundred pages of it, he dissects a couple's relationship to help Miranda, her protagonist, to understand at what point she broke her idyll with Tristán. A plea against toxic love with a different structure, but with the same feminist references, humor, everyday language and musical references that are a trademark of the house.

On Tuesday, Beta Coqueta -as her followers on social networks know her- filled the Talia Theater in Valencia to the brim with a new presentation format with which she wanted to get closer to her readers. She speaks of them in feminine because they are the majority, with the conviction that more and more men are captivated by her romantic comedies.

He says that he faced the Valencian public with respect, why?

When you get home, you always want to do your best and you are afraid of not being a prophet in your land. For us, Valencia has always been a large square.

Accustomed to massive signings, she has now decided to meet readers at different events in various cities. How do you get to this new format?

We had been thinking about it for years because we didn't know if we were managing time in the most intelligent way. In the end you bring together many people in the same place. Many have to stand and wait the entire time, things drag on and they simply go home with a signed book. The pandemic has made us think that we cannot dispose of time as if it were an infinite good, neither ours nor that of the readers. Without them there are no books. We put words on paper, but they fill them with emotions. They are just the one to watch out for.

We thought of something they could sit around with for as long as possible. And then the idea arose of asking colleagues from the world of music -in Valencia it was Yoly Saa- to come and play three songs acoustically. We also talk about the books and we do a kind of fun contest with very silly gifts, but that forces the public to participate. We have found a format that, for now, is not working very well and we see that people leave happy, with the feeling that they have had an experience, and we are even happier.

The stalls at the Talia were full of women. The romantic comedy is not a thing for men?

I believe that literature has no gender, it is a matter of curiosity. Whoever turns the book around, reads the synopsis and feels like it, come closer. But it is true that there is a lot of prejudice attached to gender.

He has dared in this new novel to make leaps in time and to tell the story in another way. How does this come about?

It's the book I wanted to write for many books (laughs). Many years, I mean. Change a little bit the rules of linear narration that I used to do before, mix genres, play a little with the limits of reality and abuse, in quotes, that tacit pact between the author and the reader, that the reader is going to believe what that you tell him That also allows us to tell things in a different way and touch on issues from a different point of view that might otherwise be made heavier or more difficult to approach from the romantic comedy.

It goes practically to book per year, are you afraid of running out of things to tell?

Of course. It's a fear that I think all writers face, every day. I am one of those people who, when a project is finishing, has to have the next one closed in order to live with peace of mind, because it anguishes me a lot, not only not having topics to tell, but repeating myself. Hence also the search for other formats to tell things in a different way.

Regarding the pace at which we publish, the publisher -Suma- and I have had the need to extend the deadlines a little to enjoy the processes. Next year we will publish a book, but it won't be just a year from now, we are going to wait a little longer.

Doesn't the blank page scare you, then, when you have to shape a new novel from scratch?

The blank page seems like an opportunity to me. Yes, it is true that many times it is an opportunity that blocks. What I ask myself when I sit in front of the computer is that I have the opportunity to play, as if I were a little girl, to be whoever I want to be for a while, to live in a world in which I rule. If I want it rains, if I want it's sunny, I travel wherever I want...

That unblocks a bit that fear of the blank page. In addition, I have learned very well that what I write when I start a book is never what is published, because then much more work is done on top of that text. I am very blocky towards the end, but you learn. These things happen in all jobs, and more so in creative ones.

He has a podcast underway ("Beyond the M-30"), a movie already released ("We were songs") and is working on the third season of "Valeria" for Netflix. What else do you have in your bag?

We are in the pre-production phase of the audiovisual adaptation of "A perfect story" with the production company Plano a Plano and Netflix, in which they have me as executive producer from the beginning of the project. I'm very excited because I'm learning a lot. And in addition to promoting this new book, which has just been born and they are like my babies, I want to take care of them from their first little steps, I am already preparing next year's book, seeing how it fits. I also have other training projects. 2022 and 2023 are going to be very full and very exciting years.

The truth is that I do not know, because I am the first surprised. "The voice of a generation" are very big words. I think rather that the genre is very grateful, that it connects very well with the readers because it is referential and they can see themselves identified, and at the same time it is inspirational and allows us to dream. I would like to transfer the way of being and seeing life that all the strong women around me have. We aspire to bring out the best in ourselves when we read these things.

Treat sex very normally and realistically. Do you think that is precisely what we lack on a day-to-day basis?

There is a lack of education on this subject, we must begin to normalize things. Above all because I think that in that 'Hollywood' curtain of 'the next morning', when you don't tell anything about what happens and so on, in that dark space many taboos can grow. Misinformation is very dangerous. In the first novels I think I idealized everything much more, but as you grow, you see reality, what is healthy and what is not. The healthiest thing is to try things without aspiring to the impossible and pay an ode to the beauty of that normality.

There is a lot of Madrid in his novels. Would she dare with Valencia?

Valencia is very present in many of my novels. It is the place where many of my protagonists retire. It appears in "We were songs", in Silvia's biology or in "Valeria". For me it is the place to meet, to breathe. Madrid is very prominent because I have become an adult in its streets, it is super attached to my personal history. It is very difficult for me to move around Valencia as I move around Madrid because I have been living there for fifteen years. And I also like that romanticism of leaving Valencia as the place to return to the origins.

1 What are the Roland Garros 2022 prizes 2 Schedule semifinals Roland Garros 2022: Rafa Nadal... 3 Richard Wilson, the alleged perpetrator of a double... 4 Repsol will invest 105 million in Puertollano to manufacture... 5 The Caracol room closes again by court order 6 The 'Traveller Marathon' begins, which will... 7 The 90-year-old man who triumphs in Rafa Nadal's... 8 The Pompeu Fabra University of Barcelona prohibits... 9 Rosa Benito apologizes after charging against place... 10 Slovenia invites the Catalan government to the inauguration... 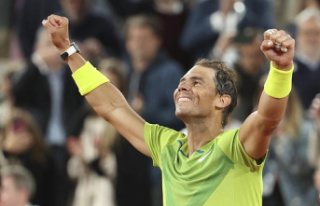 What are the Roland Garros 2022 prizes