The defense of the Popular Party has filed an appeal before the Supreme Court against the ruling issued by the National High Court that condemned the formation as subsidiary civil liability for the tax offense of Luis Bárcenas in the payment in black of part of the reform of the party headquarters. 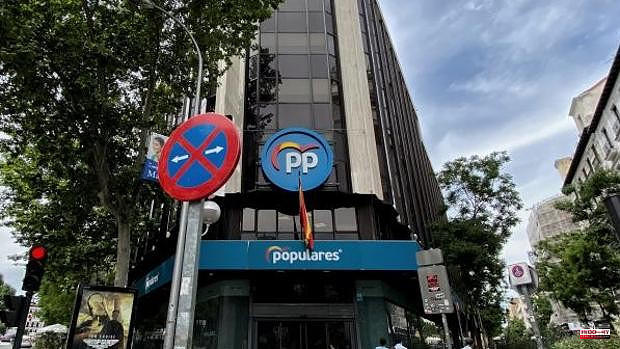 The defense of the Popular Party has filed an appeal before the Supreme Court against the ruling issued by the National High Court that condemned the formation as subsidiary civil liability for the tax offense of Luis Bárcenas in the payment in black of part of the reform of the party headquarters.

In the letter, advanced by 'El Periódico de España' and to which ABC had access, they request the acquittal of Bárcenas because they understand that this crime was already prescribed when he was charged in the National Court. If the ex-treasurer is exonerated, so is the training, since without a crime there is no consequent subsidiary civil liability.

According to the defense of the party, which is exercised by the lawyer Jesús Santos, the crime of participation in the tax fraud of the Unifica construction company, which carried out the works, for which Bárcenas was convicted had prescribed on July 25, 2013, the date on which that he had not yet been charged for these specific facts, since that did not happen until April 14.

Specifically, that order, dated March 2013, called on him to testify as being investigated in the face of "the possible existence of payments made by the Popular Party treasury, over a long period of time, to members of that party or other persons, through the delivery of various amounts of money without apparent legal justification, and without apparent reflection in the official accounts of that party or in the corresponding tax returns.

He added that this accounting was reflected in the manuscripts of Bárcenas, which reflected "both the inflows of money in the political formation - with the expression of the donors - as well as the outflows or subsequent destination given to the money - identifying the recipients." That was, the order said, "the notitia criminis that must be investigated."

For the Second Section of the Criminal Chamber that judged the facts, that mention is enough to interrupt the statute of limitations because in that phase of investigation it is not necessary to raise more specific accusations. However, the defense of the PP disagrees: «Is it sensible to understand from this description that a procedure was directed at Mr. Bárcenas as a possible participant in a tax crime of a third company, and, specifically, of the administrators of Unifica , relationship with the 2007 Corporation Tax? », he raises.

And he adds: «The word tax crime does not appear, nor tax fraud, nor is there any mention of third parties to whose tax fraud it could have contributed. Among the proceedings, no one from Unifica is cited, nor are their tax returns requested.” In fact, the sentence of the National Court archived the same facts for the former manager of the PP Cristóbal Páez for seeing them prescribed.

In addition, the appeal raises another possible violation of law in the participation that the sentence attributes to the formation, because they understand that the fact that Bárcenas paid in black for the works of the headquarters does not imply participation of the PP in his conduct, since there was neither association or connivance for it. "There is no integration of spheres of organization aimed at tax fraud, but the solitary use of a previous irregularity," they say.

The popular thus ask the Supreme Court to acquit Bárcenas because the facts had prescribed and thus annul his sentence as subsidiary civil liability for the events in which his then treasurer participated.

1 Banco Santander's alert to its customers for... 2 The sale of homes registers its best April in the... 3 Darwin Núñez becomes the most expensive signing... 4 Marta Calvo's mother asks for justice: "It... 5 They investigate the discovery of the body of a foreign... 6 They revive a man who was lying in a gutter with his... 7 Juan Roig Angels' investment company invests... 8 The terrible hygienic conditions of seven abandoned... 9 Provisional prison for the detainee for the kidnapping... 10 Mélenchon's leftist alliance denounces the "manipulation"... 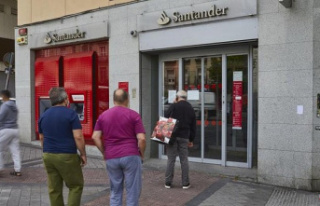 Banco Santander's alert to its customers for...