In a few months, the PNV has gone from amending the entirety of Sánchez's Audiovisual Law, considering it an "attack" on self-government, to announcing its vote in favor. 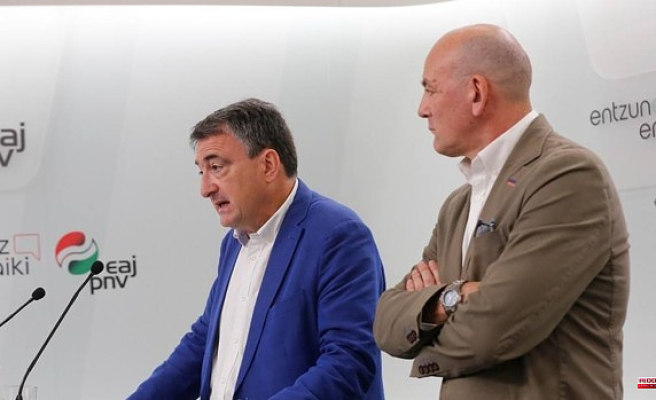 In a few months, the PNV has gone from amending the entirety of Sánchez's Audiovisual Law, considering it an "attack" on self-government, to announcing its vote in favor. Aitor Esteban has recognized in a press conference in Bilbao that the support of his six deputies comes after a "dog-face" negotiation that has allowed the nationalists to sneak 45 of the 58 proposals that led to the meetings. "It's more than we thought at first," he explains.

A good part of the transfers made by the Sánchez government to the Basque nationalists are focused on shielding the presence of Basque in the future audiovisual panorama. The initial project included a generic mention of the presence of co-official languages.

The Basque nationalists acknowledge that they feared that the result would happen because "other languages ​​such as Catalan" would monopolize the entire quota reserved for content in co-official languages. With their amendments they ensure a minimum presence for the Basque language.

As explained by the deputy Joseba Agirretxea, who has acted as spokesperson for this regulation, with the new wording a population quota criterion will be applied, always guaranteeing that the regional languages ​​have a minimum presence of 10%. "Instead of being open, Basque will have a mandatory presence," he explained. In addition, they have extracted from the Executive a commitment to guarantee that TVE's children's content is dubbed into Basque and is also available in the Basque language for as long as the original content is available.

The PNV also manages to "shield" the Basque audiovisual competitions, against a bill that in its opinion was "absolutely centralist and a lack of respect for Basque self-government." In this way, there will be an express mention of the regional regulatory bodies, a fact of special relevance with regard to ETB issues in Navarra, which instead of depending on the central government will be regional competence. In addition, the new norm will include the singularities of Basque public television in the face of a project that "was coming in to the sack", in the opinion of the PNV, in the governance of the entity.

"It is not the ideal law," the nationalists acknowledged, although Aitor Esteban's smile was enough to understand that the white smoke in a way contributes to loosen relations between the PNV and the Government, which are not going through their best moment since Bildu will advance in the budget negotiation. However, Esteban maintains the pressure and warns that it is too early to talk about "change" in the way of doing things by the Government, which he criticizes for acting "as if it had a majority 'per se'." «We go week by week, in fits and starts, with anger and arrangements», he has recognized; a warning to navigators before the "complicated" bills that will be addressed in the coming months.

1 The environment of the ETA prisoners adds to the pressure... 2 Intercity celebrates its promotion in the Diputación... 3 Milan, one step away from winning the Scudetto eleven... 4 COVID-19: more than 150 homeless people fined for... 5 A crowd of fans welcomes the New Zealand team of rugby... 6 Reshuffle: Jean Castex has resigned, a new government... 7 [IN IMAGES] See or review the spectacular images of... 8 Kiss us to the Virgen de los Desamparados in Valencia... 9 Convicted of assaulting his partner during the Women's... 10 Employers recommend thresholds of 80,000 immigrants 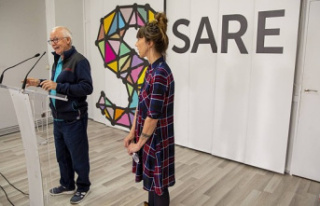 The environment of the ETA prisoners adds to the pressure...