The first to pull the rope was Sortu. 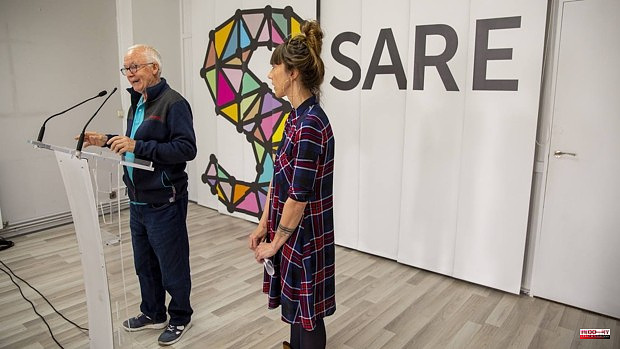 The first to pull the rope was Sortu. With a staging that included the symbolic presence on stage of Xabier Atristain, the ETA member who has given the doctrine its name, demanded the Government a week ago to extend "ex officio" the ruling of the European Court of Human Rights annulling the ETA's conviction for having been based on an interrogation obtained "without guarantees" during incommunicado detention. Now it is the prisoners' lobby that adds to these pressures and also demands a mass release.

"Without the right to defense, there is no conviction," Joseba Azkarraga, spokesman for the group in favor of ETA Sare prisoners, claimed at a press conference on Monday.

As the nationalist left did a week ago, they have questioned the incommunicado regime that was applied during the arrests and have given as an example the fact that Atristain was interrogated without the presence of a lawyer. "All sentences that have been handed down in violation of these fundamental rights" must be "null", he added.

The environment of the ETA prisoners calls into question, as Sortu already did, the complete application of the incommunicado regime. They maintain that Strasbourg has "verified" a violation of rights in the sentences that were handed down based on confessions obtained under that modality and that their sentence "involves effects that, due to their nature and seriousness, persist and must cease."

Azkarraga has launched a direct appeal to the Government. He has publicly recalled that "the Kingdom of Spain has been condemned" and that it has "the duty" to repair the violations of rights and "the similar cases that have occurred as a result of this violation." In practice, it would mean a massive release of the ETA members who are still in prison, since the incommunicado detention regime is the usual one in cases of terrorism. From the group they have not wanted to give figures but they recognize that it would affect "a very important number" of prisoners. In addition, it would imply the annulment of cases that are being tried, as happened a few days ago when the national court acquitted Juan Carlos Iglesias Chouzas, 'Gaddafi', after invalidating several tests under this doctrine.

Hence, Sare has also focused on the judges. They believe that under the sentence it should not be necessary for each convicted person to ask Strasbourg for protection. They believe that it is the domestic courts that should provide a legal solution. Therefore, they consider that "the logical channel" to annul the sentences is to directly file an appeal for review before the Supreme Court. As he has stated, it would be little more than a procedure for the judges to annul the sentence. "If they do not authorize the filing of the corresponding appeal, we would be facing a new violation of Human Rights," he warned.

1 Intercity celebrates its promotion in the Diputación... 2 Milan, one step away from winning the Scudetto eleven... 3 COVID-19: more than 150 homeless people fined for... 4 A crowd of fans welcomes the New Zealand team of rugby... 5 Reshuffle: Jean Castex has resigned, a new government... 6 [IN IMAGES] See or review the spectacular images of... 7 Kiss us to the Virgen de los Desamparados in Valencia... 8 Convicted of assaulting his partner during the Women's... 9 Employers recommend thresholds of 80,000 immigrants 10 Jake Oettinger, a concession keeper? 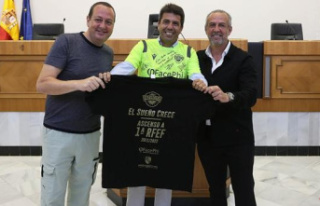 Intercity celebrates its promotion in the Diputación...