British soldiers could defend Sweden and Finland in case Russia invaded them. 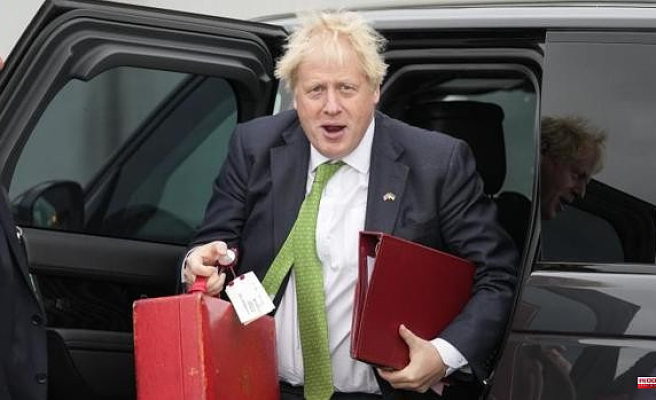 British soldiers could defend Sweden and Finland in case Russia invaded them. This is one of the most important agreements reached by the British Prime Minister, Boris Johnson, and his counterparts from these two nations, Magdalena Andersson, the Swedish Prime Minister, and Sauli Niinisto, the Finnish President, and who are part of a new defense pact. Johnson also promised that he will support their requests to join NATO, a decision that Vladimir Putin's regime vehemently opposes and has even threatened to increase its military presence in the area if they finally decide to request entry. to the alliance.

"We have been forced to discuss how best to strengthen our shared defenses against the empty conceit of a 21st-century tyrant," Johnson said, adding that "it is worth emphasizing that if Sweden were to be attacked and ask us for help and support, we would provide it to you, but it is up to Sweden to make the request and explain exactly what support you are requesting.”

"What we are emphatically saying is that in the event of an attack on Sweden, the UK will come to Sweden's aid with whatever Sweden asks for." And the same with Finland.

The premier also maintained that forces will be deployed, if necessary, along the entire border with Russia of these two countries, which are not covered by article five of the Military Alliance, which indicates that an attack on one member country is an attack on all of them. and that practically automatically would provoke a unanimous action in defense of the attacked nation. "This is not a short-term temporary agreement, but a long-term commitment to strengthen military ties and global stability, and strengthen Europe's defenses for generations to come," Johnson said.

A message was published on the social networks of the Conservative Party that reads that "together, we must face the challenges of today and the threats of tomorrow", a declaration of intent when the war in Ukraine is already approaching 80 days and that it will along the same lines as the joint declaration of the signatory countries, which maintains that «together, we must address the challenges resulting from Russia's actions, wherever they occur». Under the agreement, the UK, Sweden and Finland agree to step up intelligence sharing, military training and measures to prevent or mitigate the effects of cyberattacks.

From Downing Street they reported in a statement that "as fellow liberal democracies and members of the Joint Expeditionary Force", which brings together 10 countries in support of stability and security in the North Atlantic, the Baltic Sea Region and the High North, "Both nations are already vital security partners in Northern Europe, with world-leading defense capabilities and cutting-edge technological development," adding that the Prime Minister made clear during the visit to both countries "the United Kingdom's unwavering support Linked to NATO's open door policy.

1 "I have no words": Arkady Perchenko, the... 2 Trump believed that China had a “hurricane weapon”... 3 Finland breaks its neutrality and announces its intention... 4 Farewell to Leonid Kravchuk: from the dissolution... 5 The Ukrainian 'Bella Ciao', the anthem of... 6 Ukraine's counteroffensive pushes back the Russians... 7 Hong Kong authorities release Cardinal Joseph Zen,... 8 These are the cheapest hours of electricity for Friday,... 9 Portugal, the first European country to sell an apartment... 10 Rafael Miranda leaves the presidency of Acerinox with... 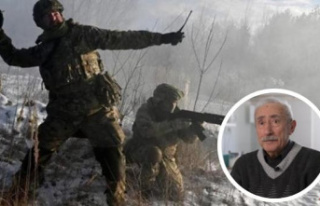