"I have no words": Arkady Perchenko, the former Soviet soldier who is now fleeing from the Russians

He is 92 years old and knows the Russians very well. 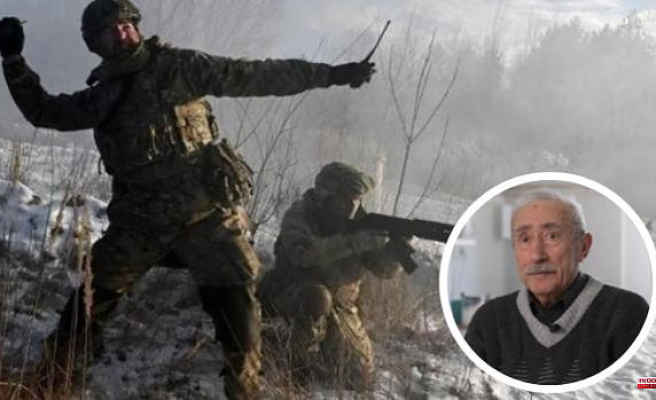 He is 92 years old and knows the Russians very well. Arkady Perchenko enlisted in the Soviet Army at the age of 11 and fought against the Nazis, after being separated from his family, which was Jewish, and persecuted.

In an interview with the BBC, this man who has fled Ukraine after almost eight decades living there -since, precisely, the end of the Second World War-, does not know what to answer when they ask him for a message for the Russians: «No I have words."

Arkady remembers that February 24 perfectly. "I heard the shells, and I knew we were at war, even when [the Russians] said they weren't going to do it. Sirens blared all night, shells flew from one place to another, and there was a lot of smoke from the bombs.

His experience in war conflicts made him know what the best option was: escape. "I didn't have time to take anything with me. I left at six in the morning wearing my home slippers as my only shoes. I closed the door, turned off the lights, and that was it. He now lives with his daughter in Israel, where she is safe.

This is the second time he has fled the war. The first was at the age of 11, as a Jewish boy who was separated from his family and escaped from Hitler's Germany. Despite his youth, he then joined the resistance, fighting the Nazis as a member of the Red Army of the Soviet Union.

«I had the same automatic weapon as the others, and behind my back I carried a backpack with mines and grenades, just in case. I collaborated in the operations with all the adult soldiers, like one more », he recalls. The Nazis "shot Jews, and received a bonus for each one they killed." Before joining the Soviets, he lived for a month in a cellar which the Germans searched twice but never found.

He does not forget the cruelty of that time, which is now repeated in Ukraine, with the chilling irony that those who fought are those who now attack him. Arkady acknowledges that he could not have imagined that he would have to flee from the Russians and is angry that Russia has used a so-called "denazification" to justify the invasion. “Ukraine is a calm and peaceful country. There are no fascists here », he sentences.

For him, May 9 - Victory Day, on which Russia celebrates its triumph over Germany in World War II - is a difficult day, but this year it is "tragic": "The parade is always festive, right?" how can they celebrate when everything is on fire?

1 Trump believed that China had a “hurricane weapon”... 2 Finland breaks its neutrality and announces its intention... 3 Farewell to Leonid Kravchuk: from the dissolution... 4 The Ukrainian 'Bella Ciao', the anthem of... 5 Ukraine's counteroffensive pushes back the Russians... 6 Hong Kong authorities release Cardinal Joseph Zen,... 7 These are the cheapest hours of electricity for Friday,... 8 Portugal, the first European country to sell an apartment... 9 Rafael Miranda leaves the presidency of Acerinox with... 10 Repsol's CEO fuels fears about a total break... 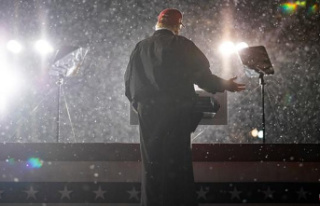 Trump believed that China had a “hurricane weapon”...