The objective is to elevate the bilateral relationship to a strategic association given the importance of the Gulf country. 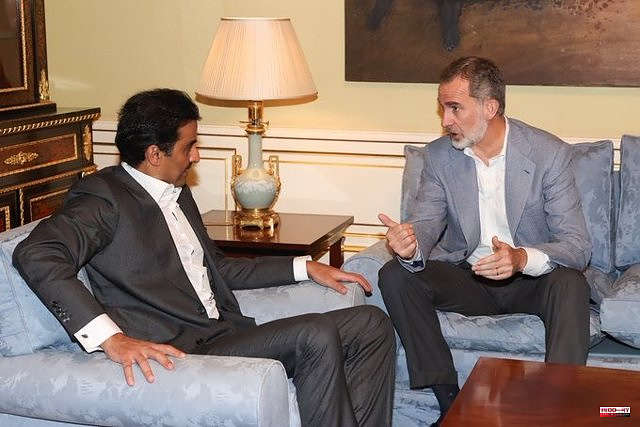 The Government trusts that the state visit that the Emir of Qatar Tamim bin Hamad al Thani begins this Tuesday will allow the level of the bilateral relationship to be raised to that of a strategic association both politically and economically, with an eye on everything in an increase in the investments of this Gulf country in Spain and also guarantee a greater supply of natural gas in the future.

From Moncloa they highlight the importance of the visit of the Qatari sovereign, the first he has made since his arrival to the throne in 2013, given the relevance of this country on the international scene and also because it is the second largest exporter of liquefied natural gas worldwide, while clarifying that it was already being prepared before the current situation and the energy crisis unleashed by the Russian invasion of Ukraine.

Proof of the relevance given to the emir's displacement is the fact that up to twelve agreements are going to be signed, including eight bilateral memorandums of understanding in different fields, including the economic and commercial sphere, and three with the Chamber of Commerce of Madrid, the Spanish Chamber of Commerce and the CEOE, state government sources.

One of these agreements includes one of collaboration between the Qatari sovereign wealth fund QIA --which has a portfolio of 450,000 million euros-- with Cofides. Qatar already has significant investments in Spain but the emirate wants to diversify its portfolio, currently more focused on Asia, and invest more in Europe.

The agreement with Cofides, the sources explain, is intended to design and negotiate possible QIA investments within the framework of the priorities that the Government has set within the Recovery Plan, given the Qatari interest in issues such as sustainability, the ecological transition and digital. Spain offers them a clear plan for the next two or three years with very interesting opportunities, they maintain from Moncloa.

In terms of energy, Qatar was already an important country, but the crisis caused by Russia's invasion of Ukraine has made it a much-desired partner for those countries, such as Spain, seeking to diversify their energy mix as much as possible.

Taking into account that the forecast is that by 2024 the emirate will produce 110 million metric tons, compared to the current 77, the Spanish Government wishes to have a good relationship with the Qatari authorities to be well placed to be one of the recipients of this increase .

Until 2019, Qatar was the second country, tied with Nigeria and behind Algeria, in the supply of gas to Spain, but during the pandemic the level of exports has been reduced, mainly because it has sought to diversify the sources of supply, and it is currently the fifth although in Moncloa they believe that this can change.

However, they clarify that the purchase of gas is made through private contracts although there is significant public support and they specify that a priori there should be no specific agreement regarding supply during the visit of Emir Al Thani.

On the other hand, at the commercial level, in Moncloa they recognize that although they are good they are at a lower level than other European countries and that they do not correspond to the status of Spain, hence the desire to strengthen them and achieve a greater balance, since they are currently deficient for Spain. In this area, the Ministries of Economy will sign a memorandum of understanding to deepen economic, financial and investment relations.

From the Government they emphasize that the fact that Spain and Qatar are going to raise the level of their bilateral relationship, of which 50 years have passed, to a strategic association places our country in a select group that already has this close alliance as United States, France, Italy or China.

All these agreements, along with an important joint declaration, will be signed at the Moncloa Palace --except for the three with the chambers and the CEOE-- where the President of the Government, Pedro Sánchez, will receive the Qatari emir on Wednesday at 12:30 p.m. . Both will hold a meeting as well as a working lunch accompanied by their respective delegations.

1 Compromís demands the appearance of Marlaska for... 2 GEOs instruct Moldovan officers in critical response... 3 Zelensky asks Scholz for more help to expedite Ukraine's... 4 The OCU warns of an important security flaw in the... 5 Reshuffle: Djebbari has "no mood" to return... 6 Esquerra files a complaint against NSO and asks that... 7 The King and Queen receive the Emir of Qatar with... 8 Iturgaiz asks to inject one billion in aid to alleviate... 9 The Generalitat wants to make tobacco packages more... 10 The spokesman of the PP of Leganés, Miguel Ángel... 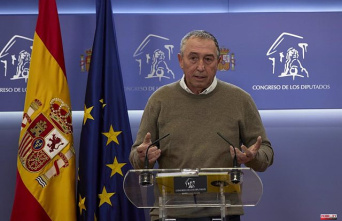 Compromís demands the appearance of Marlaska for...