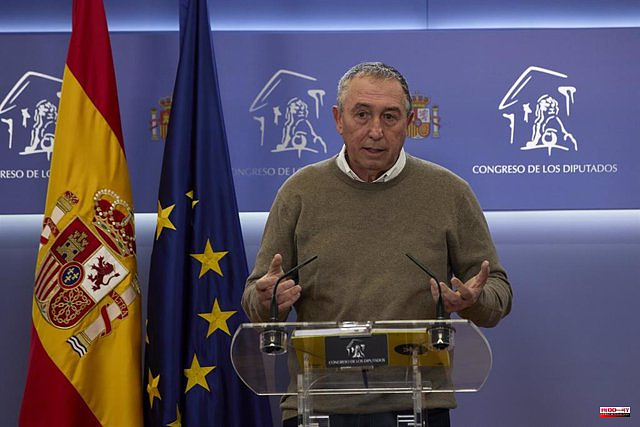 The Compromís deputy in Congress, Joan Baldoví, has demanded the appearance of the Minister of the Interior, Fernando Grande-Marlaska, of the former Algerian soldier Mohamed Benhalima, who denounced the corruption of his country's army and has been sentenced to death after being expelled from Spain, where he claimed asylum.

At a press conference in Congress, the parliamentarian described as "scandal" that a democratic country sends people to another country "knowing that they will be imprisoned and sentenced to death."

And it is Baldoví who has reported that Benhalima fled Algeria after making public allegations of corruption and requested political asylum from Spain, which instead of granting it decided to return him to his nation of origin.

A deportation that, as the Compromís deputy emphasized, occurred a few days after the Government endorsed the autonomy plan for Western Sahara, proposed by Morocco. All this, in his opinion, supports the need for the minister to give explanations in Congress.

At the end of March, the Ministry of the Interior processed Benhalima's expulsion despite criticism from Amnesty International, which publicly demanded that his return to Algeria be annulled.

The decision came days after Morocco released on March 18 the letter that the President of the Government, Pedro Sánchez, sent to King Mohamed VI in which he assured that Morocco's plan on the Sahara was the "most serious, realistic and credible" for conflict resolution. Algeria responded to the letter with the withdrawal of its ambassador and, since then, has warned that it may condition gas supply contracts.

In a response to parliamentary questions from Baldoví himself, the Government defended that it complied "strictly with current regulations" and that, therefore, "the content of article 14 of the Universal Declaration of Human Rights was not ignored at all" when deny the two applications for international protection, dated February 18, 2020 and March 18, 2022.

1 GEOs instruct Moldovan officers in critical response... 2 Zelensky asks Scholz for more help to expedite Ukraine's... 3 The OCU warns of an important security flaw in the... 4 Reshuffle: Djebbari has "no mood" to return... 5 Esquerra files a complaint against NSO and asks that... 6 The King and Queen receive the Emir of Qatar with... 7 Iturgaiz asks to inject one billion in aid to alleviate... 8 The Generalitat wants to make tobacco packages more... 9 The spokesman of the PP of Leganés, Miguel Ángel... 10 Spanish researchers create 3D printed acoustic holograms... 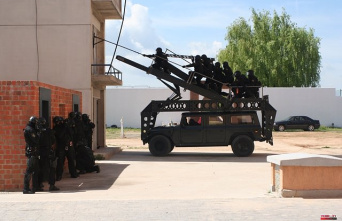