The detainee for assaulting his partner in Carballo goes to court

The man arrested this past Monday for allegedly assaulting his partner, who is in the ICU in serious condition, in the municipality of Carballo (La Coruña), has arrived after 10:00 a. 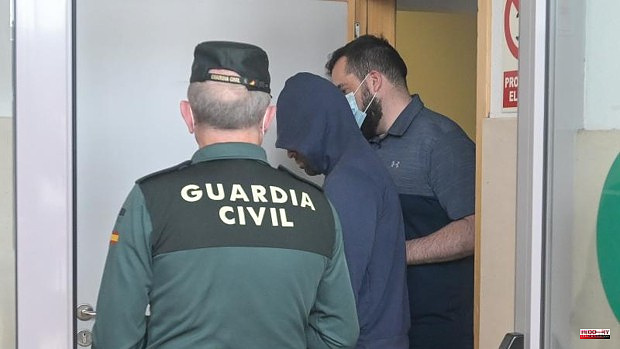 The man arrested this past Monday for allegedly assaulting his partner, who is in the ICU in serious condition, in the municipality of Carballo (La Coruña), has arrived after 10:00 a.m. this Wednesday at the municipal courts .

The man has accessed the building through the garage and aboard a Civil Guard car, from which he has come out hooded. Judicial sources have specified that the pass is scheduled to take place in the Investigating Court number 1 of Carballo, which is competent in matters of violence against women.

The events occurred around 2:45 a.m. this past Monday at Fonte Caldeira, in the municipality of Carballo, where a witness found the woman in the street after being assaulted and alerted the Meritorious Woman.

For their part, the two minor children of this couple remain in the custody of a direct relative of the victim, sources consulted have assured.

The husband of the victim and alleged aggressor, who has no record, fled after the attack and, after ordering his search by the Civil Guard, he turned himself in at the A Coruña Command, where he was arrested around 10:15 a.m. on Monday , from where he has been transferred to the Carballo barracks.

The Judicial Police of the Civil Guard of Carballo has opened an investigation to clarify the facts.

The delegate of the Government in Galicia, José Miñones, confirmed this past Monday a complaint from a year ago for harassment and insults to the man arrested for assaulting his partner in the municipality of Carballo.

"The only data we have is that there was no prior complaint, therefore there was no restraining order in that regard and they continued to live together," explained Miñones, to point out that "there was a complaint from a year ago for harassment and insults ».

1 News in the case of the Alcàsser girls: they request... 2 Feijóo asks European leaders for their trust: "We... 3 The Lyceum confirms the information from ABC and again... 4 A total of 218 works are presented for the first edition... 5 They donate millions of dollars for the children of... 6 Garzón: «A large fortune that charges 200,000 euros... 7 The European Justice endorses the resolution of Banco... 8 Justin Bieber Visits Tim Hortons Office in an Experiment... 9 The keys to Nadal's victory against Djokovic 10 Through the dog door, a coyote sneaks into a California... 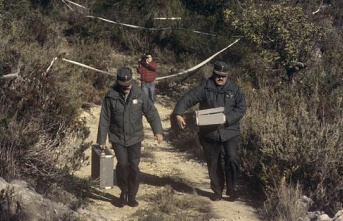 News in the case of the Alcàsser girls: they request...