An online fundraiser for the children of Irma Garcia, a beloved school teacher killed in the Uvalde, Texas, school shooting, and Joe Garcia, her husband, who died of a heart attack days later, has raised more than 2 . 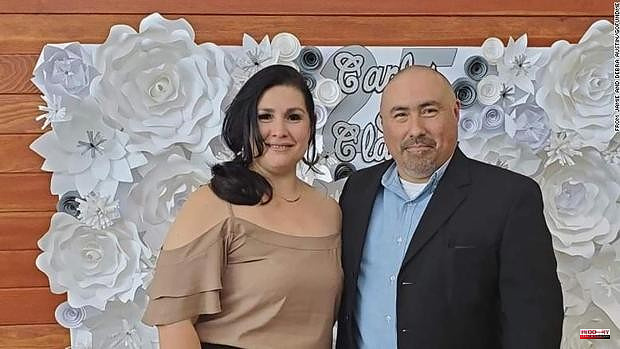 An online fundraiser for the children of Irma Garcia, a beloved school teacher killed in the Uvalde, Texas, school shooting, and Joe Garcia, her husband, who died of a heart attack days later, has raised more than 2 .7 million dollars. “Irma was a wife, mother of 4 children, cousin, sister, daughter, aunt and a wonderful person. She would literally do anything for anyone...no questions asked," Debra Austin, her cousin, wrote about the GoFundMe campaign she created. "She loved the kids in her class and she died trying to protect them."

The initial goal of the campaign was $10,000. "100% of the proceeds will go to the Garcia family for various expenses," Austin said.

Irma Garcia's nephew, John Martinez, also started a GoFundMe for the late couple's family, which raised more than $500,000 and was later combined with the Austin fundraiser.

Garcia worked as a teacher for 23 years, according to her school's website. She was killed Tuesday along with her colleague, Eva Mireles, and 19 children, by an 18-year-old gunman, Salvador Ramos. It was the nation's deadliest school shooting in nearly 10 years. Her husband Joe died two days later of a fatal heart attack, which the couple's family blamed on her broken heart.

The couple were "high school sweethearts," Martinez wrote at her fundraiser. "I truly believe that Joe died of a broken heart and losing the love of his life for over 25 years was too much to bear," Austin added in an update on his fundraiser after Joe's death.

They leave behind four children, according to Irma García's school biography: Cristian, José, Lyliana and Alysandra. "Joe and Irma were incredible people and two of the most loving parents we have ever known as a family. They were so proud of all of their children," Austin said. They are loved and missed beyond words. Thanks again from the whole family."

1 Garzón: «A large fortune that charges 200,000 euros... 2 The European Justice endorses the resolution of Banco... 3 Justin Bieber Visits Tim Hortons Office in an Experiment... 4 The keys to Nadal's victory against Djokovic 5 Through the dog door, a coyote sneaks into a California... 6 Who plays the semifinals of Roland Garros? 7 Reports: Mama June Weds Justin Shroud 8 Kristen Stewart responds to people who walk out of... 9 Kurt Zouma, West Ham's cat slapper, receives... 10 Analysis: Global growth worries are posed by a sizzling... 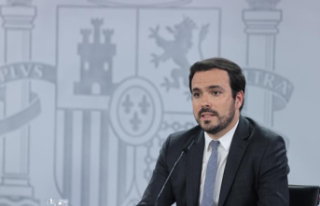