The Hortensia Roig Prize for Children's Literature has closed the period for receiving nominations with 218 original works submitted. 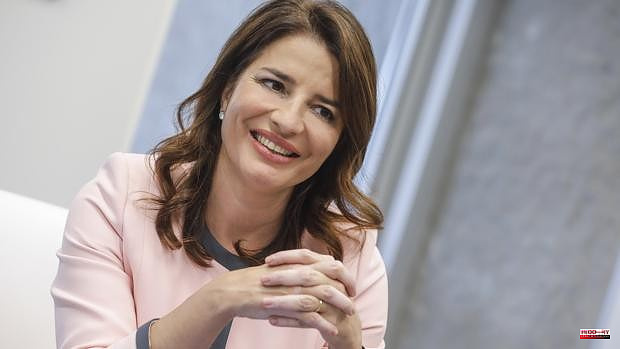 The Hortensia Roig Prize for Children's Literature has closed the period for receiving nominations with 218 original works submitted. The literary contest is promoted by Hortensia Roig, President of EDEM and Director of Mercadona, with the purpose of encouraging STEM vocations (acronym for Science, Technology, Engineering and Mathematics in English) in girls. The winning and finalist novels will be announced on September 28 at a gala that will take place in Valencia.

This is the first edition of a contest endowed with 10,000 euros in prizes, organized by EDEM Escuela de Empresarios in collaboration with Editorial Platform, which seeks to reward the best children's novel aimed at readers between 8 and 10 years old, of which They will edit and distribute 3,000 copies.

The first prize is endowed with 8,000 euros and the publication of the work by Editorial Platform. A second novel will be the finalist and will receive 2,000 euros. The amount of the award will be contributed personally by Hortensia Roig, alma mater of the initiative.

The illustrations of the winning work will be provided by Viv Campbell. Based in Valencia since she was four years old and born in Uruguay, Campbell is specialized in children's and youth editorial illustration and is a Technical Computer Systems Engineer from the UPV and Fashion Designer from the Valencia School of Art and Design.

In the words of Hortensia Roig, with this award: "We seek to bring out new literary talents in an exciting genre with a great capacity to influence such as the children's novel, but also to promote the interest of girls, at key ages for their training, for some careers that will mark the future and well-being of society”.

Jordi Nadal, secretary of the jury and CEO of Editorial Platform, has stated: "The quality of the works demonstrates, by form and substance, the receptivity of Spanish society to this invitation: we all like to contribute to creating a better world, and this can only be one that fully includes female talent. Science and women are the basis for a fairer, richer and more livable society”.

During the novel reception period, which ended on May 31, 218 original manuscripts were received from new and professional writers from all over the country. The high female participation stands out, with 164 authors who have sent their works.

In the coming months the final deliberation of the jury will be held where the winning titles will be decided. The first edition of this contest has an exceptional jury made up of professionals from fields such as education, research, technology, communication and the publishing world. It is made up of the oncologist and researcher Ana Lluch; the chemist and researcher Laura Lechuga; journalist and writer Gloria Lomana; the writer and Founder of Editorial Platform, Jordi Nadal, and the President of EDEM Escuela de Empresarios, Hortensia Roig,

The jury will assess the content, literary quality and creativity. The texts must promote female references in the STEM disciplines so that, through the values ​​of honesty, perseverance, entrepreneurship and the culture of effort, women have a relevant role in the construction of the future.

Barely 30% of women opt for STEM careers. The same percentage is dedicated to research work, according to a UNESCO report. Despite the fact that women obtain 54% of university degrees, their presence in degrees such as Physics or Engineering is still insignificant. Only 7% of girls see themselves as scientists in the future, as they feel less capable than boys.

Girls need mirrors to look at themselves. However, female STEM role models have little presence in educational materials or the media. In a world in which these disciplines will play a determining role in the construction of the future, education in these subjects can provide students with the knowledge and skills necessary for the advancement of society.

1 They donate millions of dollars for the children of... 2 Garzón: «A large fortune that charges 200,000 euros... 3 The European Justice endorses the resolution of Banco... 4 Justin Bieber Visits Tim Hortons Office in an Experiment... 5 The keys to Nadal's victory against Djokovic 6 Through the dog door, a coyote sneaks into a California... 7 Who plays the semifinals of Roland Garros? 8 Reports: Mama June Weds Justin Shroud 9 Kristen Stewart responds to people who walk out of... 10 Kurt Zouma, West Ham's cat slapper, receives... 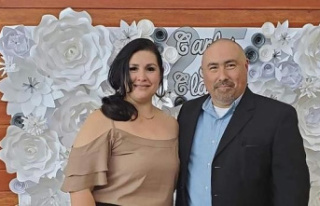 They donate millions of dollars for the children of...