The Economic and Social Council (CES) has opted in its opinion on the Preliminary Draft Law for the Prevention of Food Losses and Waste, to which ABC has had access, for "strengthening the system of incentives, among others, those of a fiscal nature , which can be very effective in reducing food loss and waste. 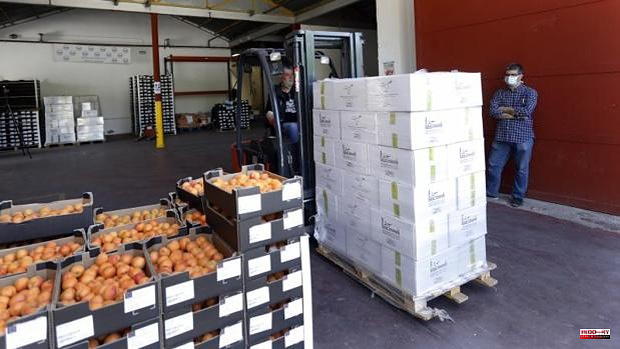 The Economic and Social Council (CES) has opted in its opinion on the Preliminary Draft Law for the Prevention of Food Losses and Waste, to which ABC has had access, for "strengthening the system of incentives, among others, those of a fiscal nature , which can be very effective in reducing food loss and waste.” A reference to measures such as the application of a rate of 0% to the donation of food for non-profit entities and the payment of up to 95% in garbage rates for food distribution companies and restaurants that implement systems to significantly reduce your food waste. In the document, the Council has also given the Ministry of Agriculture a slap on the wrist for the "urgency" with which they had to pronounce on the text - "inappropriate procedure followed in the consultation" - and regretted that they can only focus their analysis in «the general lines of the Preliminary Project».

It even believes that the exercise of its advisory powers would have been limited.

The consultative body, in which representatives of the main unions to the associations of the self-employed and the employers sit, has also criticized the date of entry into force of the future law, on January 2, 2023. «It may be somewhat premature », has warned in view of the obligations and responsibilities that it imposes on the different links of the food chain. In this sense, he has requested that within the obligations introduced by the future standard to the different links in the food chain (producers, industry and distribution) that the "specificities" of the different affected sectors be considered.

In any case, the CES has endorsed the purpose of the rule, which consists of 18 articles, two additional provisions and three final ones, to regulate the prevention of food waste at the state level in compliance with the commitments of the 2030 Agenda for Sustainable Development. In addition to betting on "promoting change in consumption patterns and the implementation of more sustainable and healthy habits" among consumers, through more "sensitization and awareness" actions.

In any case, they have pointed out from the Economic and Social Council, "a clearer definition of responsibilities in terms of food safety" is necessary due to the consequences on people's health and has warned that "the donation of food does not solve the main underlying problems underlying poverty. In this sense, he has recommended making the deadlines more specific and “greater clarity” when it comes to elucidating responsibilities around the donation of food. In addition, this body has added that it is necessary to "strengthen the clarity and precision of the Draft's wording" and, as an example, asks for further refinement in the definition of service providers. In his opinion, there are "doubts" as to whether the owners "of permanent establishments that provide catering or dining room services through specialized providers" are included in it. For the CES these should be excluded from the obligations established by the future law.

Similarly, in its opinion, this advisory body has called for greater investment in technological innovation within the food chain that allows accounting for food losses.

1 CC on the visit of Albares: "for what he said... 2 The imagined word (5): With the birds 3 Felipe VI, in New York, receives the medal of the... 4 Meghan Markle visits the Uvalde victims' memorial... 5 These are the cheapest hours of electricity for Friday,... 6 The Zaragoza Court buries the Gali case and criminally... 7 "She stained her best friend's blood":... 8 Guns are now the leading cause of death in children... 9 Sigfrido Herráez, re-elected as dean of the architects... 10 These will be the effects on public transport in Barcelona... 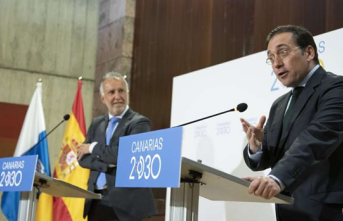 CC on the visit of Albares: "for what he said...