Felipe VI, in New York, receives the medal of the Foreign Policy Association

King Felipe VI will travel to New York this Thursday to receive the medal awarded by the Foreign Policy Association and will take the opportunity to hold a meeting with the UN Secretary General, Antonio Guterres, as reported by Zarzuela. 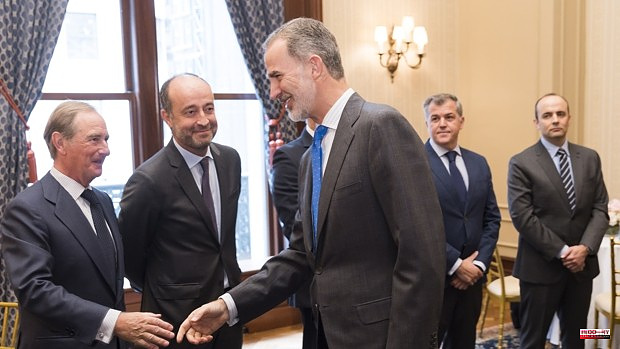 King Felipe VI will travel to New York this Thursday to receive the medal awarded by the Foreign Policy Association and will take the opportunity to hold a meeting with the UN Secretary General, Antonio Guterres, as reported by Zarzuela.

The monarch's agenda in New York, where he will be accompanied by the Undersecretary of Foreign Affairs, Luis Cuesta, will kick off with a meeting with members of the Spain-United States Chamber of Commerce, which includes more than 500 companies.

Founded in New York in 1959, it is an American private non-profit institution that promotes bilateral trade and investment, representing the interests of companies that have established, or are interested in establishing commercial and business relations between Spain and the United States.

Don Felipe will have lunch with Guterres at the United Nations headquarters. It is to be hoped that at this meeting the King will discuss various international issues with the UN Secretary General, beginning with the conflict in Ukraine.

This will be the fifth face-to-face meeting between the two. Precisely Don Felipe made the "Laudatio" of Guterres when receiving the International Charlemagne Award of Aachen 2019. The last time they met was in July 2021, during the lunch that the monarch offered him at the Royal Palace on the occasion of the visit of the general secretary to Spain.

The King will end his day in New York receiving the medal awarded by the Foreign Policy Association in an act at the Harvard Club in which the president of Fincantieri, Giuseppe Bono, and the former US Secretary of National Security Jeh Johnson will also be awarded.

With this medal, the association recognizes people who demonstrate responsible internationalism and work to expand public knowledge of international affairs. Among the former winners are the former mayor of New York Michael Bloomberg or the former president of the ECB Jean-Claude Trichet.

Founded more than 100 years ago, its mission is to serve as a catalyst for developing awareness, understanding, and informed opinion about US foreign policy and global issues.

1 Meghan Markle visits the Uvalde victims' memorial... 2 These are the cheapest hours of electricity for Friday,... 3 The Zaragoza Court buries the Gali case and criminally... 4 "She stained her best friend's blood":... 5 Guns are now the leading cause of death in children... 6 Sigfrido Herráez, re-elected as dean of the architects... 7 These will be the effects on public transport in Barcelona... 8 Ayuso's 'anti-gang' plan: more guardian... 9 Police: Texas gunman stayed at school for more than... 10 Texas shooting is a new test in Biden's long-running... 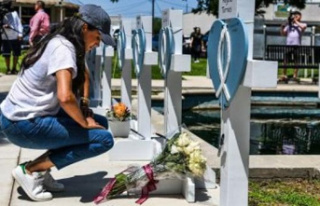