"She stained her best friend's blood": this is how one of the girls from the Texas school saved her life

Miah Cerrillo was born again on Tuesday, May 24. 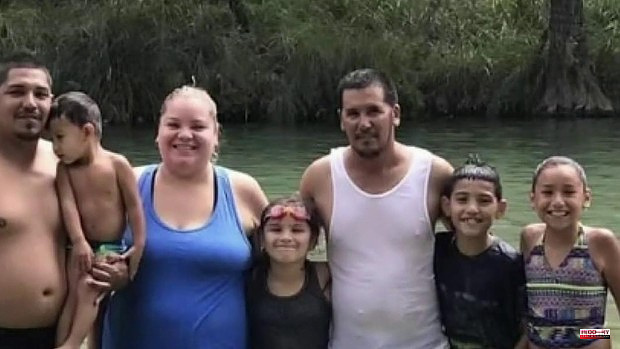 Miah Cerrillo was born again on Tuesday, May 24. She did it in the most tragic way imaginable, in the midst of the carnage that Salvador Ramos, an 18-year-old resident of her town, Uvalde, perpetrated in her class. Cerrillo is apparently the only person who was in the class at Robb Elementary School that Ramos barricaded himself in and made it out alive.

His father, Miguel Cerrillo, ran to school as soon as he heard about the shooting. He was unable to enter the center, but he did see his daughter covered in blood and being transported by the police. The blood was not the product of a serious injury, but the key to her survival.

The girl entered "survival mode," her aunt, Blanca Rivera, told the local network KPRC. "She saw her friend full of her blood and spread it on her body," she said according to a story from the girl's mother.

This version was corroborated to this newspaper by a cousin of Miah, who preferred not to mention her name. "She was stained with the blood of her best friend," she assured. Her classmate was Amerie Joe Garza, the girl who is believed to have tried to call the 911 emergency number as soon as Ramos rushed into her class armed. In a parallel version of that call, the girl's father assured 'The Washington Post' that her daughter told him that she was one of the teachers who tried to call, she was shot down by Ramos and Miah tried to use the her phone.

In any case, the attacker shot Amerie, just as I did with the two teachers, Eva Mireles and Irma García, and the rest of the classmates who were in her class.

Miah managed to stay alive by playing dead and her body covered in blood. She had to endure this for many minutes, between 40 minutes and an hour, the time that the authorities believe that Ramos was barricaded in the classroom until he was shot down by the police.

The girl left the class with bullet fragment wounds on her back. She was treated at the hospital, but a few hours later she was home. The scar that will remain with her is the horror experienced in her class. "She now wants to be alone, she has not slept much, it has been very hard for her," explain her relative, who assures that the girl has also had "panic attacks."

Those who also miraculously survived were the companions of the adjoining class. Ramos attempted to attack that classroom, where several children hid under tables and behind curtains. The arrival of the first police officers led him to barricade himself in the only room where he claimed victims.

1 Guns are now the leading cause of death in children... 2 Sigfrido Herráez, re-elected as dean of the architects... 3 These will be the effects on public transport in Barcelona... 4 Ayuso's 'anti-gang' plan: more guardian... 5 Police: Texas gunman stayed at school for more than... 6 Texas shooting is a new test in Biden's long-running... 7 Russia condemns West's sanctions and seeks to... 8 Ray Liotta dies, star of 'Goodfellas and Field... 9 Trump loses appeal. He must testify in New York civil... 10 Palestinians: Israel intentionally killed Al Jazeera's... 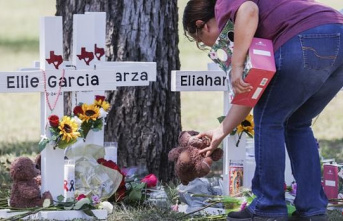 Guns are now the leading cause of death in children...