Guns are now the leading cause of death in children in the US, ahead of traffic accidents

Firearms have overtaken automobile accidents as the leading cause of death among American children with official data showing a sharp rise in gun murders such as the massacre at a Texas school that claimed the lives of 19 children. 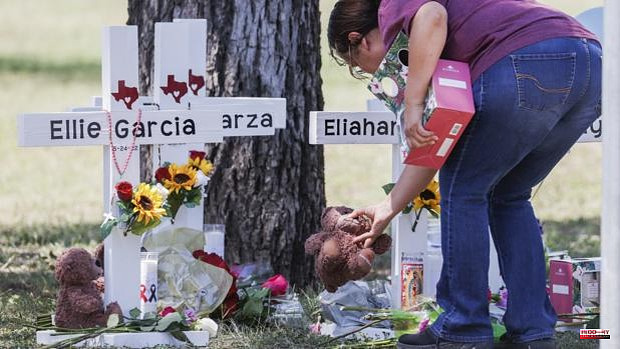 Firearms have overtaken automobile accidents as the leading cause of death among American children with official data showing a sharp rise in gun murders such as the massacre at a Texas school that claimed the lives of 19 children.

Overall, 4,368 children and adolescents up to the age of 19 died from gunshots in 2020; a rate of 5.4 per 100,000, according to data from the Centers for Disease Control and Prevention (CDC). Nearly two-thirds of the deaths were homicides.

By comparison, there were 4,036 vehicle-related deaths; previously the leading cause of death in that age group.

The gap has been closing since traffic safety measures have been improved in recent decades while deaths from weapons have been growing.

The trend lines crossed in 2020, the latest year for which data is available; a finding found in a letter published last week in the New England Journal of Medicine (NEJM).

The authors of the letter cautioned that the new data was consistent with other evidence that gun violence increased during the covid pandemic for reasons that are not yet fully clear, but that "it cannot be assumed that it will revert to pre-existing levels." pandemic".

Updated data from the CDC shows that almost 30% of deaths were suicides, only 3% were unintentional deaths, and 2% were unexplained attempts. A small number were categorized as "legal intervention" or self-defense.

The deaths disproportionately impacted black children and adolescents who were four times higher than white children for whom vehicles remain their greatest threat. The second most affected group was that of the American Indians.

Men are six times more likely than women to die. When it comes to regions, the capital of the United States, Washington, has the highest rate followed by Louisiana and Alaska.

The data serve to highlight that mass shootings, like the one Tuesday at a Texas school, are just a small fraction of the total number of children killed by firearms.

"Since the 1960s, continued efforts have been directed at preventing motor vehicle fatalities," wrote the authors of another recent letter published in NEJM, contrasting the situation with that of firearms whose regulations, instead, , you have been dimmed.

Holden Thorp, editor-in-chief of the influential "Science" magazine, published an editorial on Thursday calling for more research on the impact of guns on public health in order to advance policy changes.

"Scientists should not stand by and watch others fight this," he wrote. "Further research into the impact of gun ownership on public health will provide more evidence of its deadly consequences," he added, arguing that severe mental illness, often thought to be the cause of mass shootings, was prevalent at similar levels in other countries outside the United States. suffer from frequent mass shootings.

1 Sigfrido Herráez, re-elected as dean of the architects... 2 These will be the effects on public transport in Barcelona... 3 Ayuso's 'anti-gang' plan: more guardian... 4 Police: Texas gunman stayed at school for more than... 5 Texas shooting is a new test in Biden's long-running... 6 Russia condemns West's sanctions and seeks to... 7 Ray Liotta dies, star of 'Goodfellas and Field... 8 Trump loses appeal. He must testify in New York civil... 9 Palestinians: Israel intentionally killed Al Jazeera's... 10 As profits rose, CEO salaries rose 17% in 2021; workers... 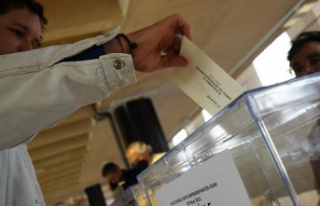 Sigfrido Herráez, re-elected as dean of the architects...